By now most people have heard of the Pareto Principle. In essence, it’s the belief that 80% of consequences comes from 20% of causes. The origin came from Pareto’s recognition that 80% of Italy’s wealth belonged to 20% of the population. He came up with this in 1896, and for over 120 years people have equated it with everything from investing to business and customers to fitness and health. 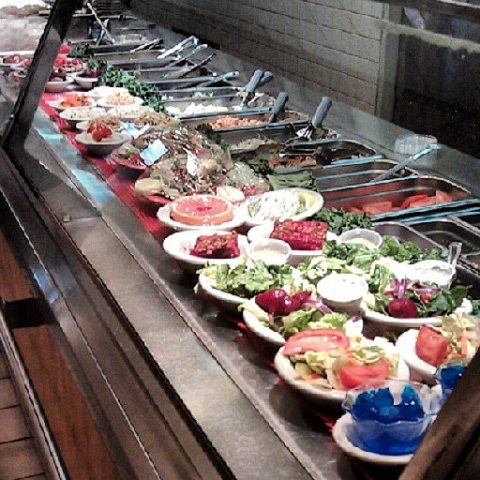 Over the last few years I’ve seen it being recommended by a lot of bloggers and marketers when it comes to the concept of social sharing. The premise is that if one is trying to market themselves via social media, they’ll get the most benefit by sharing other people’s content 80% and their own around 20%.

The belief is by sharing other people’s content they’ll be so thankful that they’ll start sharing yours with their audience. In turn, you then share your new material and your newly acquired “friends” will happily put you over and make you a superstar.

I hate to be “that guy”, but I’m here to break convention and faith in this principle. Sorry folks, but not only is this not true, but you’re hurting yourself by doing it.

Let’s look at this logically if we can. I’m going to point out the fallacy of this particular endeavor point by point. You don’t have to believe me; all I ask is that you open your mind to what I’m about to share.

1. What I’ve actually noticed about the posts of popular folks is they’ve got two things going on.

First, they have a lot of people liking their content all over the place. They might get at best a 5% response to the things they put out, which is pretty good in today’s time. However, the number of likes don’t come close to the number of views. In many cases, I’m not even sure people are actually reading the content they’re putting out.

Second, they’re posting more often than the rest of us are doing. For instance, on LinkedIn I’ve been posting my own stuff once a day, only Monday through Friday, for about 3 years. I post my own stuff 9 or 10 times a day on Twitter; if it’s something new I’ll post it twice the first day and once a day over the course of the next 10 days.

The really popular people are posting their own stuff 10 – 15 times a day on LinkedIn and upwards of 30 – 100 times a day on Twitter. At least half of it is product promotion, although there’s a good mix of content contained in many of their posts. With this level of posting, you can pretty much bet they’re not doing all of this on their own; some of them even tell you this.

2. The most popular folks don’t post anything but their own stuff.

Obviously this isn’t everyone, but it’s higher than that 80% figure people love to use when ascribing to the 80/20 rule. As a matter of fact, I’ve never seen anyone doing it on LinkedIn, and only a couple of people doing it on Twitter. The people who do it on Twitter are often posting things others have written on their websites as guest posts; in my mind that doesn’t count.

I’ll add this; whenever I’ve seen some of the popular people posting other people’s stuff on Twitter, way over 80% of the time they’re retweeting someone else’s post of what they originally put out there… which means they’re actually taking advantage of that retweet to post their stuff again without the risk of being penalized by Twitter.

I do this from time to time but infrequently, and certainly not at the level of the experts. I also always thank the person who shared my content, whether it’s via a retweet or just a response.

3. Many likes and retweets are fake; not the people, but the actions.

It might seem like I track the performance of the things I share on both LinkedIn and Twitter with a magnifying glass; this isn’t close to being true. However, there are times when something stands out that encourages me to evaluate what the heck is going on.

What I’ve found about my own postings is that I get a lot of shares and a lot of likes on both LinkedIn and Twitter. Yet, when I check the analytics of my blogs or my YouTube channel, the number of views don’t come close to the number of shares… not by a long count.

What I’ve also noticed is that there are articles and links that I share mainly on Twitter where I’ve been able to share the Twitter link of the person who originated it that gets lots of retweets; way more retweets than I get on my own stuff.

I don’t have a problem with that; what I have a problem with is that the retweets usually happen within the same 30 – 60 minute period, whether it’s relatively soon after I’ve shared it or whether it’s later the same day. Not only that, but if the person who created it decides to retweet it with my name still listed as sharing, that retweet gets retweeted multiple times… once again, usually within the same 30 – 60 minute period. This is an impossible coincidence, yet it’s what I see all the time.

So… let’s go back and look at this 80/20 rule for social sharing which is supposed to benefit those of us who are looking to grow our popularity, which hopefully will grow our businesses.

First, sharing other people’s content is a nice thing to do. Sharing stories you’re interested in shows what kind of person you are. Sharing things you hope your audience likes shows you to be a giving person.

Second, if you want to be like the people near the top, you need to promote yourself more often than you presently are. You also need to promote your own content more than you’re promoting the content of others, unless someone’s paying you to do it for them.

Third, all of us have to find a way to get our content actually seen and read instead of only being shared. Analytics will tell you how successful you’re being at it. Things like comments on your blog or videos works pretty well. Targeting influencers… well… I’ve talked about this before, so check out my recommendation if you’re thinking about doing it.

Fourth… well… promote more often, but if you’ve got a conscience don’t be a pest. lol I’ve dropped people who are posting something every 2 minutes every hour of every day. Don’t be that person… please! lol

Finally fifth, don’t adhere to the Pareto Principle in everything you do. If you have only 5 clients, don’t spend 80% of your time with only one of them unless that one is paying you 5 times more than everyone else combined. Don’t spend 80% of your time marketing until you’ve figured out what you want to do, how you’re going to charge for it, which level of people you want to market to, what content or social sharing site you want to promote on and finally, whether you’re ready to get help doing any of it.

Pareto is a nice principle but it’s not an absolute. Don’t get caught up in false mathematics. Evaluate what works and doesn’t work for you, modify it, and try again. Just don’t forget to promote yourself!