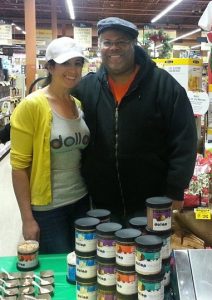 I’ve never been one to go out of my way to connect with someone I felt was influential. Though I’m connected to a few people who could be said to be influential, there’s only one person I’m connected to who I followed first, on Twitter; all the others followed me before I decided to follow them back.

I take pride in that fact, but I also take pride in the fact that I’ve never reached out to any of them with the express purpose of doing so to try to promote myself or to get anything from any of them. Well… let me back up briefly on this statement because I actually did it one time… but there was a qualifier on it.

Back in 2008 Guy Kawasaki was looking for a few people to help him edit his book Reality Check. I knew who he was but didn’t really know a lot about him, but thought it would be fascinating to help out and get an early read. I contacted him saying I’d be honored to help out, and within the hour I was on my way helping him with the edits… which had to be completed in a day!

Some months later I received a copy of the book in the mail that he’d autographed; that was pretty cool! Around that same time he’d started a news aggregator site called Alltop. I sent him an email, mentioning who I was and asked if I could get my business blog listed on the site under the heading of leadership blogs… and he acquiesced! That was cool also! The coolest thing was learning years later that my name is actually in the book I helped edit; oh yeah! 😀

That’s the one time I reached out to an influencer for anything… but I felt justified in doing it. What makes my doing so different than the norm I’m reading about these days?

Because I’d actually done something for the influencer without thinking about how it could benefit me later on. I wanted to help and thought it would be fun to read his book before anyone else, never thinking my name might be included in a book I didn’t write or expecting anything else. I benefited later on, but my initial intentions were pure… well, other than wanting to read his book for free (which I do all the time around here; check out Rasheed Hooda’s book).

I often talk about the lack of effort people who want to have guest posts on a blog do beforehand, which irks the heck out of me. I hate form letters the most because all of them obfuscate by telling me how it’s going to benefit me to have the article without mentioning how it’s going to help them more.

I only accept sponsored posts on a couple of my blogs and I’ve had some of these people, who are willing to pay initially, get incensed when I “dare” mention that whoever writes the post has to respond to any comments the article gets… are you kidding me? One of my pet peeves is seeing blog owners not responding to comments (see #7). If someone writes a guest post on a topic I don’t know all that well, it can’t be me responding to any comments; writers need to do it. Years ago I wrote a guest post for Ileane Smith (she asked me lol), and not only did I go out of my way to make it an epic post but I responded to every comment… and there were a lot of them!

Back to the topic at hand. I don’t support reaching out to influencers for your benefit. If your intentions aren’t pure, then what’s the point? This doesn’t mean you should never reach out to them; just have a reason for doing it.

One way is to comment on their blogs if they have them. Another way is to comment on things they write in places like Twitter. Trust me, if what you have to say is intriguing enough, they may take the time to check you out to see what you’re all about. That’s a much better strategy than hounding them, trying to break them down so they can help you grow your audience. You’ll feel better about yourself if you don’t look desperate… believe me, they’ve seen it all already.

These are just my thoughts on the subject; what are your feelings on this topic?

16 thoughts on “Don’t Reach Out To Influencers “Just Because…””