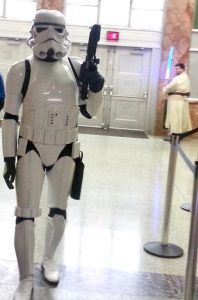 There’s been a lot of stories over the course of time where both men and women are losing jobs or opportunities because more companies are hiring someone whose responsibility is to go online and look for information on these applicants. They’re going to social media sites, not liking what they see, and turning down those applicants. Sometimes they tell them what they found, knowing they can’t get into trouble for either not hiring someone or letting them go because the company doesn’t want to be associated with what’s being represented.

It’s not only images. These days we have athletes who’ve had someone find tweets they put out when they were younger that were racist and homophobic. We saw the director of the first two Guardian Of The Galaxy movies almost lose the opportunity to direct the third movie because of tweets from many years ago joking inappropriately about homophobia and pedophilia (he was originally fired but was hired back after a vigorous campaign of support). Just because you’re famous doesn’t mean you’re teflon.

If you think going private is going to protect your information, you’re kidding yourself. Who remembers Amy Polumbo, Miss New Jersey in 2007, who had one of her “friends” out her by sharing some of her pictures from her private Facebook account with the intention of hurting her chances at the Miss America pageant. Her pictures weren’t even that salacious (from what I heard; I never saw the pictures because I’d stopped watching pageants by then) from what I’d read, but they bordered the rules of the morality clause all contestants have to sign. They didn’t kick her out but she didn’t have a chance of winning after that. She went through a couple of tough years but luckily was able to find success in the medical field later on.

I think about perception and promotion all the time as I work on promoting myself, my services and my products. I’m trying to promote myself as a presenter and speaker, as well as a writer. I’m promoting all the time.

At the same time, as I’m wont to say, “I’ma be me”, which means occasionally I post things on social media that have nothing to do with my business but everything to do with what I feel are things that just have to be shared (race, freedom, health care, every so often political) because that’s a part of who I am. Luckily I’m a consultant, so I’m not worried about hurting anyone’s business, and I never go over the top (at least I don’t believe I do). 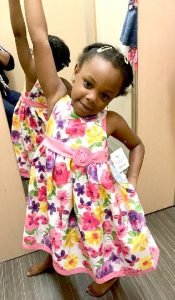 In Hollywood, agents may say that any publicity is good publicity, but most of us don’t have the luxury of trying to recover from negative publicity, especially when it gets out to a large audience. These days there are a host of white people calling the police on black people for being black people… and each time it’s gone horribly wrong for their stupidity. No one’s calling any of those people and offering them a TV show; most of them are getting fired for their actions; one lady actually had to shut down her business because no one would work with her anymore.

Think about your image of what a lawyer should look like. Think of that same lawyer wearing baggy sweats and a baseball cap. Now imagine you’re in deep trouble of some sort and need a very good lawyer to get you out of trouble. Who are you going to when you need help to stay out of jail?

If you didn’t already know the guy in sweats, you’re going to someone who looks the part, right? If you saw a commercial on TV from a lawyer wearing sweats and a baseball cap and he or she was telling you how good their law firm is, how much credibility do you think that would carry on court, whether it was true or not? Memorable, sure, but credible?

For my “day time career”, there’s a certain standard that’s expected of me in order to get contracts. Consulting has its own set of rules, and the kiss of death would be to decide to be far away from the norm.

I already have an uphill battle, being one of a very few minorities who do what I do, so the last thing I can afford is to be seen as too much of a radical or party guy. Neither of those are part of my nature, but because I also teach and write about leadership and diversity on my business blog, I’ll tackle issues that aren’t always popular but necessary. For instance…

I only worry about my online presence and the things I share maybe 1% of the time. Maybe I’m wrong in my thinking; still, remember what I said above? There are times when your mind tells you it’s time to take a stand. It helps if your mind is sober though; I’ll be forgiven quicker than someone doing stupid things while being drunk.

I know a guy locally who’s a millionaire (it’s cool knowing millionaires lol) who I asked to come speak to my consultant’s group once. He told us some of the things he did over the years in promoting his businesses. Some of those things make good business sense; some of them would basically end the careers of the rest of us. Lucky for him it was before the age of social media, although it’s possible he’d have been bigger than ever (he once designed and created a specialty car for Shaquille O’Neal); he’s quite the character. 🙂 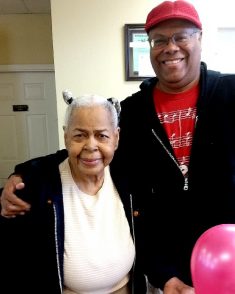 Let’s relate this to being online. We want traffic and visitors, and we want to be credible.

We know that if we can find ways to stand out from the crowd that we might increase the number of visits to our sites; people might want to see what we’re going to do or say next. Most of us also know that not only can the wrong kind of publicity shut us down, but it’s too easy being found out because of being stupid online.

All of us who hope to become something big have to decide what we’re willing to do, how far we’re willing to go, and how measured we feel we should be in our professional and public lives. I walk a fine line, being a black male in America. I share a lot that has to do with my business but I also share a lot that has to do with my ethics and morality (not religion, since I don’t have one). I live by the credo once stated by Bugs Bunny (wrongly, but you’ll understand what he meant) when he said “I ain’t never done nothin’ to no one who ain’t done nothin’ (should have been something) to me first.”

I also have my own sense of decorum. I’m not dressing up in anything crazy. I’m not going to say anything controversial that I don’t believe in. I’m not going out of my way to trash anyone who doesn’t deserve it. I’m not going for sex appeal (not that I could lol) or shock value; none of that is me.

What I will do is be as honest as I can be, wear my heart on my sleeve when I need do, share all sorts of information that’s either valuable or timely, and make sure to put my name on every article and video I create; no fake names from me. I’ll also talk about my successes more than my failures, though I’ll also share those. I am a sole proprietor; I need to get the word out because no one else is going to do it for me. I’ve drawn my own line in the sand; I know who I am and how far I’ll go. To wit, check out the video below:

How far will you go in promoting your business, blog or yourself in order to achieve a substantial online or offline status? How far should you go? What kind of attention do you want? Let me know what you’re thinking… if you’re up to it! 😉

4 thoughts on “How Far Are You Willing To Promote Yourself And/Or Your Business?”