Years ago I went to a presentation which was the beginning of a local interview series with successful entrepreneurs in my area. The first guy on the list is a millionaire many times over, but he’s done it the unconventional way. 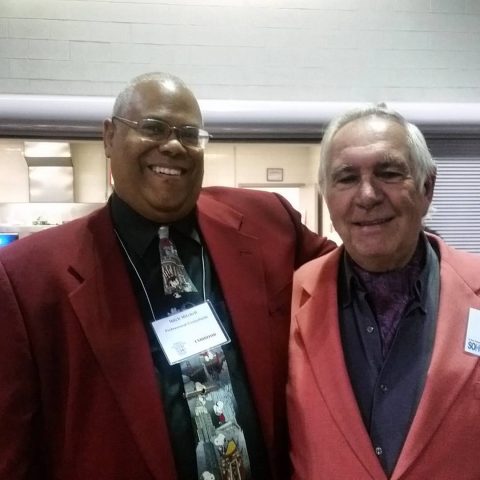 His name is Art Zimmer (I’ve used his picture before lol), and in his lifetime he’s owned maybe 20 or so businesses. At one time he owned 12 at once, then got down to “only” 4 before he decided it was time to retire and enjoy the rest of his life in a bit more luxury.

What’s funny is that he didn’t known anything about a single one of the businesses before he bought them. He learned early on that hiring people who did know about those businesses and that he felt he could trust went a long way towards making them successful. He did all of this without a college degree, and he always shunned, as much as possible, computers. It was a long time before he owned a cell phone.

His biggest boost locally came from self promoting himself as often as he could. He was one of those guys who broke today’s networking rules in that he handed out at least 500 business cards a month. This actually work out better for him that for most people because on all of his business cards were at least two pictures of these custom cars he used to make for celebrities and rich people all around the world, with the least expensive being sold for $90,000, the most expensive going for $300,000. I used to have one of them with a picture of Shaquille O’Neal next to it; Shaq bought one on the high end. lol I’d be handing out my cards at a rapid pace if I had that as part of my legacy :-).

He also did two other things that most people wouldn’t do. First, he always wore an ascot along with vivid colors. Second, he always wore an engraved gold name tag with his name and the name of his most visibly prominent business on his jacket at all times. You don’t see a lot of this in the picture above because this was at a business conference where everyone already knew who he was, but he’s wearing the ascot. lol

He said he wore clothes like this because it got people talking to him instead of him having to open up conversations. At that point he’d have a reason to give people his card, which amazed almost everyone because of the cars, and he knew people would share his cards with others, and that it was possible that they’ll end up in the hands of someone who wants to do business with him. It certainly made him memorable; no one who met him ever forgot who he was.

A major part of business is about branding, and trying to decide how far you’re willing to go to brand yourself if you’re self employed like I am. I think about myself often when I’m wondering what I might be missing in promoting both myself and my business.

I have articles of all types all over the internet, but it wasn’t until last year that I started adding my name to the articles so people could discern whether or not I’m the one who wrote them; I don’t do it on my videos because the thumbnail always has me in it. I used to belong to a bunch of online networking groups, but those days are over. I have 3 blogs (actually 4, but that one I’m not sure what I’m going to do with it), yet I’m probably still not all that well known because, after all, the internet is in this big place called the world.

Offline, I haven’t been to a local networking event in probably 4 or 5 years. I’ve reduced my footprint when it comes to nonprofit organizations, and I’m on the verge of leaving the last local group I’m still involved with. Since I do little work locally, it makes sense to stop paying for things that aren’t bringing me any benefits.

Basically, this means promoting myself online for the most part. Branding has to be my way of marketing my business, and I’ve done the best I’ve been comfortable with for a long time. The trick for all of us who are self employed or looking to make our mark in some way is to determine how far we’re willing to go, and of course, depending on our business, what’s appropriate to help us stand out.

For instance, if you’re a lawyer, walking around in a clown suit might not work all that well for you. But if you’re trying to bring attention to properties that you’re trying to sell, maybe being extreme enough to wear superhero t-shirts will help you stand out from the crowd (one of my local buddies does that and it works pretty well for him lol).

Personally, I have a line that I won’t cross for multiple reasons. One of those reasons is even if I did it once, I wouldn’t mentally be able to sustain it. Whereas I’d love my content to help attract more attention, I still want most of my personal life kept to myself and close confidants. But that’s me; all we have to do is look at Instagram to see just how many people have conquered that particular fear and are killing it on there.

When it comes to branding, you have to make sure you’re going to be comfortable in your own skin long term when you come up with a way of promoting yourself and your business. Don’t “not” do something because you’re afraid of being seen; business doesn’t work well that way. Be more courageous in promoting yourself, your business, your products and your skills, while remembering to also be social, which I talked about in my last article.

Be yourself, unless being yourself means staying in the house watching TV and eating TV dinners (do they still make those?). Find your comfort level, then play that game to the hilt. Everyone can’t be like my friend Art Zimmer, but learning a lesson or two from his experience might be a wonderful thing. 🙂

4 thoughts on “How Far Will You Go To Brand Yourself?”