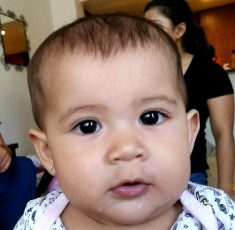 In the end I decided that I was going to stick around because there’s a lot of good things I want to see and participate in, along with the fact that I love writing on my own blogs and sharing them with others. If I’d closed down all my accounts I could still write, but writing without promotion is a prescription for failure (unless you’re pretty famous or extremely pretty lol).

What I did instead was more of what I’d previously done; I went into each of my social media accounts and started blocking, muting or deleting people whose content I no longer wanted to see, or didn’t want them seeing any of mine. I say it that way because you can’t mute or block people on all social media platforms and sometimes you don’t actually want to delete certain people for your own reasons. On a site like LinkedIn however, your only choice is to delete someone; I could live with that. 🙂

In my opinion, if you’re not enjoying social media you shouldn’t be on social media. If you enjoy it but you don’t enjoy some of what you see, you have ways to get around that.

Facebook gives you tons of options when it comes to categorizing people whose content you don’t want to see that often. There’s always FB Purity, an addon you can download into your browser (at least on Firefox and Chrome; I don’t know what Macs use) and sculpt your feed further to eliminate topics and other stuff you don’t want to see or hear.

Twitter now allows to not only block words, phrases and people. You can mute people instead of blocking them, then sit back and laugh to yourself because those people aren’t told you’ve muted them, so if they’re still trying to communicate with you they’re never going to know it. I use that one when people start irritating me and I can’t get rid of them but want to get at them; yeah, that’s a bit mean. Most of the time I just block them and get on with life.

LinkedIn, which used to only be for business purposes but is now trying to become Facebook, only gives you one option; deleting people. Since I’m the guy who remembers people’s unethical behavior, and realize that I would never work with any of those people, I figure there’s no reason to stay connected to them so out they go… and I never look back.

Before I go further, let me share a couple of things with you. The first is from one of my online friends, Sheryl Loch:

So many people just sit happily in their own little echo chamber. They only associate with people who have the same ideas and beliefs as they do, because it is the easy way to go.

When all you ever surround yourself with are people who reassure you that you are right, you never have to face questions. You never have to have proof and backup your thoughts or feelings. This is the easy path! You don’t even have to think for yourself, you just let others do it and you all agree and follow along.

Step out of that echo chamber and have some original thoughts, think about the reasons you believe certain things…are the reasons valid and can you back them up? Or are you just parroting what others have said?

Jump over and play devil’s advocate even if it is just debating with yourself. Then expand your circles and include those that WILL question what you believe.

The second is from another of my online friends, Ann Zuccardy:

“I just changed my entire worldview because you lambasted me and showed me the light on Facebook!” (said no one ever)

I’d say these are two sides of the same coin. Both are right, but we all can’t live both of these at the same time. For the most part I block things I don’t want to see, and most of that is stuff I know I’m not going to agree with because it’s going to make me angry. People like to say that we should listen to what people on the other side have to say; but I already know what they have to say because they’ve already said it. I’m under no obligation to have to hear it again; this part of the universe is my world, and my world wants peace, happiness and chocolate.

I also block and mute a lot of stuff I agree with because one can only be inundated with people who agree with you but take it to the extreme for so long before you’re angry again. The past week’s been tough because of the Charlottesville disaster and the one thing I knew I’d keep following was anything that had to do with diversity issues. Even there I had to get away from some of it, and I’ve only seen one video (which was horrific enough). I’ve seen nothing about it on Facebook because it’s easy to block there but it’s been hard to escape from on Twitter; oh well, nothing’s perfect.

Let’s end this article like this; figure out your comfort level with your social media accounts, take steps needed so you don’t get caught up in feelings you’d rather not deal with online, and get back to being more content. Don’t think twice about any actions you end up taking; no one else is going to care whether or not you’re happy so it’s all up to you. 🙂

16 thoughts on “Feel Free To Block, Mute Or Delete People In Your Social Media Circles”