Truthfully, even though it’s rare that I do it these days, it not only can’t hurt to do some marketing, networking or outreach on LinkedIn if you’re a sole proprietor, consultant or looking to upgrade your position but it’s almost imperative to do so. No matter how much I might think it’s failing as a social media platform, truth be told there’s no other site I know of that’s still more geared towards people and business than it is.

With that said, I can talk about different ways you can market yourself or your services on LinkedIn. I’ve done a little bit of all these things, with differing results, thus it gives me a bit of credibility to talk about them. I’m not going to tell you how successful or unsuccessful any of them were because you should discover these things for yourself. I will say that over the past 2 years I’ve been way more successful at it than I was back in 2012. 😉

Full disclosure; I stopped publishing posts on LinkedIn in December, although I haven’t totally ruled out going that route again. I posted 100 articles and they had varying success. The shares started out like gangbusters and I was getting a lot of attention but at a certain point things dropped off drastically.

However, the reason this is a good thing to do is because of that initial boost. You’ll have to post at least 10 times and spread them out at least a few days, maybe even a full week. You get to select up to 3 categories that you feel your article addresses. If you’re lucky, at least one of them will go “LinkedIn viral”, which means you’ll get over 1,000 views, and if a lot of those people end up following you at least you’ll have created a new audience.

2. Set up your blog posts to automatically go there

Although I have 5 blogs, I only have two of mine set up to send posts there automatically, this one and my business blog. For years I only had my business blog posts going there but recently I changed that up to share these posts as well via Twitterfeed. By the way, I use this same program to post all of my blog posts to Twitter when they go live, and I use it to post my business posts to my business Facebook page.

3. Post some of your older articles or new videos to your status

I don’t do this all that often, and I won’t be doing it for the month of September since I’ll have a lot of posts showing up there, but this is another way to get some of your content in front of other eyes and sometimes you might get some feedback on it. You can’t automate this process, which is why it’s down further on the list, but it can’t do anything but help you… unless you post something stupid. lol 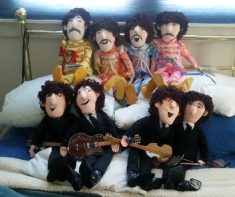 Someone else might recommend that you post links in groups related to your niche but I’m going a different way. The reason for this is because almost everyone posts nothing but links without saying anything about what they’re sharing. This means most people ignore the links because there’s not much compelling about that sort of thing on LinkedIn; you can get that from Twitter instead.

However, commenting on posts does a couple of things. One, it might help you connect with the original poster, since they’ll be notified that someone commented on their post. Two, those people who actually sometimes writes comments are more likely to leave a comment on a post that already has one. I don’t know why this is but I used to notice that it happened quite often after I commented first on an article.

Instead of posting links, think about a topic you believe might generate discussion instead. Set it up by either giving some background on the issue or giving your opinion on it. Most people will be more comfortable with giving background information and then asking people their opinion on it. That can get people responding and sharing their thoughts, and it gives you the opportunity to network with those who you feel comfortable with.

6. Reach out to people you’re connected to with an original message for each one

I’m connected to over 1,000 people on LinkedIn, and at least 40% of those people are in health care, which is what I mainly consult in. I did a campaign where I decided to try to reach out to every person I was connected to that I’d never had a conversation with, or didn’t remember talking to.

I’ll admit that because of the number of people I was connected to and the time it was taking to go through the list, I stopped after the letter “L”, which means I made it almost halfway through the alphabet. I had conversations with a few of those people by reaching out to them first. I was able to script a different message to each person by first looking at their profiles again and, because I’m in the industry, having an idea of what to ask them or share with them individually. I’m still talking to a couple of those people months later; that’s pretty cool.

Like all marketing efforts, nothing works if you only do it once or twice. It takes a lot of work and a lot of time because you never know when people are potentially going to see what you’re putting out. Don’t overdo it but be softly persistent.

If you get lucky enough to talk to someone, do that… don’t market up front but talk to people. They might learn enough from that to ask you more specific questions, then you’re good to go.

That should be enough to get you started, or at least get you thinking about how you might want to change something up. If you have other ideas, go ahead and share them. If you have further questions, or you try some of these, please feel free to let me know how it’s going for you; I’d love to hear it.