The first one was initially exhibited on the show “Shark Tank”, but since I’ve never seen the show (I rarely watch TV these days) I was introduced to it in Bed, Bath & Beyond and bought it in a heartbeat. I have my own video but never uploaded it to my video page, which is why I’m sharing their commercial for it. This thing is cool; go check it out. 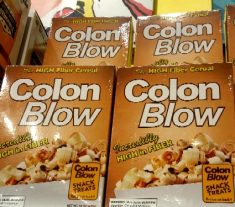 This is a real cereal lol

The second one was obviously my video, and the first time I shared it was on a post from 2013 about innovation and blogging. The thing is it was probably the shortest post I’ve written here in, at the time, probably 4 years, yet it got a ton of comments and views… did I mention it was short?

There are two main things about innovation that all of you need to know to help get along in the world… that is, if you’re the type that’s up for trying to innovate something.

The first is that innovation doesn’t have to be overly complicated; you can either create something new that no one else has done or you can take something existing and improve on it.

The second is that, even if your innovation is relatively simple, it’s still going to take some work to accomplish what you’re aiming to do.

My latest innovation, if you will, started at the beginning of this month when I advocated that I was going to write 12 posts on this blog for the month. That might not seem much like an innovation until I ask you this; how many of you have tried doing it?

I created a post a day for my business blog this past December. I did a video every day for my business YouTube channel and then I did the same on my other YouTube channel (which you can check out and subscribe to over there in the right sidebar) a year later. It’s not so much that I did those things as much as the fact that for the most part I did all of them within 3 or 4 days… just like these posts (this post was actually written on the second day after I decided I was going to do this project). Thus, in a relatively short period of time I had to innovate, establish, initiate, create, inaugurate and commence to writing, posting and adding images to each of these articles so I would be free to do the same or other types of things with both my other blogs and the marketing of my business.

Was any of this all that complicated? No, I wouldn’t say that. Even though I’m different than a lot of people when it comes to coming up with ideas to write about, I know a lot of people who come up with publishing calendars and write a lot of ideas out on what they want to talk about on their blogs, or even in books they’re writing. On some writing projects and for my marketing I tend to create outlines so I know the things I want to address and then I go after it.

That’s the easy part, and the way I see it, it’s the beginning of the innovation part; not all that complicated at all.

The creation part… that’s the actual work. No matter how many times I’ve written about blogging here, I try to find new ways to present the concepts I believe in differently so that I’m not boring anyone. To this point, not counting this particular article, I’ve averaged 901 words per post. That’s not counting the articles I’ve written for my other blogs during this same time period. I think I’d put that up against any article of 2,000 words or more than someone else writes when they’re only writing once a week (yeah, I went there lol).

Enough talking about myself; we’re all tired of that! lol Instead, I’d like to give you 5 ways to think about innovation as it applies to you: 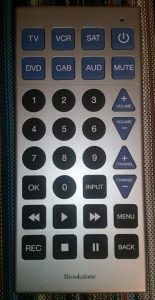 1. What would you like to see in something you use?

Sara Blakely thought the traditional girdles and other intimate wear for women wasn’t achieving what she wanted for herself. Instead of starting from scratch, she came up with a design for something that worked for her, went through the process of creating more items and getting funding, and the next thing you know is she’s created something known as Spanx and has become a billionaire in the process.

2. How can you improve on something that’s already out there?

Who remembers a little computer game from the early 2000’s where you had some polar bears who made a game out of seeing how far they could flip penguins? I don’t know if the creators of what I’m about to mention ever saw that but in its own way Angry Birds was that same game, only with different animals, more colors and better sound. They also created it for multiple platforms and made millions off it.

3. What’s something you wish you had that you haven’t seen anywhere that you can create?

Illumibowl is a great example of that. The creators made something that I’d been wanting for many years because, as a glasses wearer, the only way I could see the toilet at night beforehand was to turn the lights on, which is disconcerting when you’re woken up to go. Obviously these guys had the same issue, based on the commercial.

4. What’s something you can do or create that many others either can’t or won’t do that you can add your own touch to?

I’m going to talk about myself again, but I’m going to bring someone else into the mix. Years ago I created an evaluation module for employees to use to evaluate current employees as well as help set up the parameters the wanted in new employees they wanted to hire. When I finished it I called my friend Kelvin to talk about it.

I said I wasn’t sure whether it was all that good because all I did was sit down, use an outline to come up with the criteria and then created forms on Excel. In my eyes, this was something anyone could easily create. He said “nobody else has except you, no matter how easy it was”. That was that; no matter that it hasn’t been a big seller, it’s there and I created it.

5. What will it cost you if you’re not ready to innovate anything?

You know those glasses you can wear that magnifies what you’re looking at? I thought of that back in 1983 but never acted on it. You see that picture above of the big remote control? I thought of that in the early 80’s also, but no one produced one until the late 90’s. Even without the technical skill to create either of them, how different would my life have been if I’d gone to someone with the proper skills and worked on creating them and getting them to market? What are you willing to do, and how are you willing to change your thinking to take a shot at something new or different to see where it might take you?

That’s all I’ve got for you; how will you innovate your thinking?

7 thoughts on “Innovation Doesn’t Have To Be Complicated”