I’ve been blogging for a very long time, and I’ve read thousands of blog posts, probably tens of thousands, over the years. Because of that, I know all the rules that we bloggers are supposed to follow so that our blogs will be successful. Me being me though, I tend not to always follow the rules. Sure, there are some things I do that are considered standard writing, but I tend to deviate from a lot of the rules as they pertain to blogging because I am an individual. I figure these are my blogs, and I’m going to do things my way while working hard to make sure I get my point across.

Let’s talk about the anatomy of a blog and how I break The rules. I’m not saying you should be doing what I’m doing; what I’m showing is that no matter what anyone says, including me, that there are always other ways of doing things for whatever your reasons might be… and hopefully those reasons aren’t stupid. lol

Every person who tells you how to write a blog post will say that you should begin with a strong title. About half the time I don’t have a title when I start writing, so it’s hard to start with a strong title. Often I need to find out where the post is going as I write, just like fiction writers do, and every once in awhile I have no idea what to title the post until I finish writing it.

Back in March I wrote a post about someone who had what I considered to be a misleading title and had the temerity to beat up the original post and show people other ways of finding ways to create new content; I’m nice like that. My gripe about many titles is that they’re not only misleading but border on slander, like calling something a scam in the title to get people to come, only to tell them it’s not a scam.

I’m not saying titles aren’t important; I’m saying there’s no pure rules to creating them that anyone needs to follow… except to have one.

The second thing the experts will tell you is that you should mention in the very first paragraph what you’re going to be writing about so that everybody, including the search engines, knows what’s coming. I tend to violate that rule about 95% of the time because I like to have my own exposition and set things up the way I want to do it, once again pretty much like fiction writers. Think of a title like To Kill A Mockingbird; do you know how far into the book that sucker was?

I like leading into topics my own way, just like you see above, and often I’ll put some kind of link in the first paragraph going to either a previous blog post or some other article elsewhere, which is definitely something I don’t see a lot of other people doing. I’ll lead into my articles my way, and hope to keep people’s attention until we get to the second paragraph. 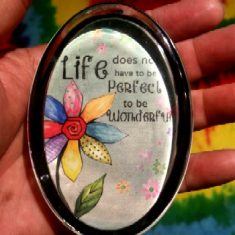 The third thing a lot of experts recommend is that you separate a lot of your content with headers; some of them even recommend you add an < h2 > tag to it. What they’re saying is that you should have a bolded header, write a paragraph about it, and then rinse and repeat multiple times in every article you write.

From my standpoint a lot of that has more to do with the kind of papers we wrote in high school and college than with actual writing. I know that newspapers and magazines do this type of thing. There are times that I do it, but usually I’m numbering things because I know that people who read blogs love numbered posts. Overall, I like to write and do things my way and hope that whatever audience I have comes along with me.

Number four, even though I talked about images a couple of posts ago, something a lot of experts will recommend if you write on a topic where you can’t find proper images is to grab a nice picture and then type your subject over the picture so that people will know what it is you’re going to be talking about.

I don’t do that because I figure the title of the post is going to give some kind of idea of what I’m talking about, even if it takes until the second paragraph for me to get to it. I would rather have other kinds of images to put in as eye candy for my posts. Of course, the other reason is that I haven’t quite figured out how to make images with messages going across them look any good. LOL

The final thing experts will tell you is to make sure to have a strong close to your article. Truthfully, I always hope that I will have a strong close, but most of the time I figure that I’m either going to have a funny close or I’m going to ask a question. I have to admit that closing strong isn’t one of my strengths, probably because most of my early writing when I was younger were song lyrics, and there’s no such thing as strong closing song lyrics since most of the time you’re just repeating the chorus over and over; you know it’s true. lol I guess I probably should have spent more time in English class figuring that one out.

That’s the basic anatomy of conventional blog posts that I pretty much give up on. It’s my belief that if you as the writer can be engaging and still get your point across that it doesn’t matter what the anatomy of your post is. Always remember my three main things about a blog post; inform, educate, or entertain.

I probably should add don’t be boring, but you probably know that one already. 😀