I try to be helpful; I really do. Back in 2018 I wrote an article titled 22 Things You Need To Do To Help Promote Your Blog Or Business On Social Media. Was it long? Yes; yes it was. The idea was to be comprehensive, and for its purpose, it was. 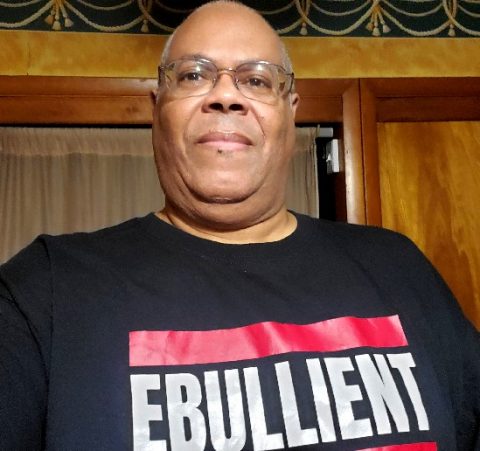 Yet… it seems that maybe it wasn’t comprehensive enough. I mean, if I couldn’t get the message through in 3,000 words, what should I have done to get more attention? Actually, the article was pretty popular at the time I released it. Many people said they liked the tips. So, what happened after that?

Out of all the people who responded to the article, only 3 of them have created any new content in the last 6 months. Out of those 3 people, none of them have a single comment on their blogs; heck, one of them doesn’t even have comments set up… well, not easily anyway.

This isn’t going to be a 3,000+ word article; not this time. It’s not even going to be deeply comprehensive. It’s going to attempt to be helpful, but also realistic; I doubt that half the people who might end up commenting it will follow what I’m going to suggest. But one never accomplishes anything they don’t try, right?

So, let’s start with blogging, since it’s the thing I’m passionate most.

I’m going to start off with something that’s conflicting with my main goal, but it’s the truth; it’s not always comments that determines if your blog is working for you or not. I love getting comments, but this is the only one of my 3 “real” blogs that gets much attention, and that’s not an “always” thing.

My business blog is geared towards leadership, a topic that’s not overly popular with the masses as most of them aren’t leaders. Yet, over the years it’s landed on a lot of top leadership blogs; none since 2018 unfortunately, but it’s still got a pretty good history. It’s also on a lot of Twitter lists for the topics of leadership and diversity; I can live with that.

The thing is, that blog rarely gets comments, even if some articles get shared elsewhere. So, even though it’s not a big draw when it comes to comments, it gets the job done where its value is concerned.

However… and this is important… whenever it gets a comment, I always respond. I think it’s courteous to respond when people take the time to leave a comment on your blog. It’s also important because you never know if that person might share your content with someone else or with a larger audience on social media. Not only does no one like being ignored, but by not responding to comments most people will forget that they even left a comment on your blog if you don’t respond. This is tip number one.

Tip number 2, it turns out that some blogs don’t send out responses to people who comment on their blog. That wasn’t a problem back in the day, but as themes have changed it seems that the creators of those themes don’t prioritize responses as much as they used to. On my blogs I use a plugin that allows people to decide if they want to see if they got a response or not. Look down below and you’ll see you have that option. If you’re using WordPress software, the plugin is called “Comment Reply Email Notification“. 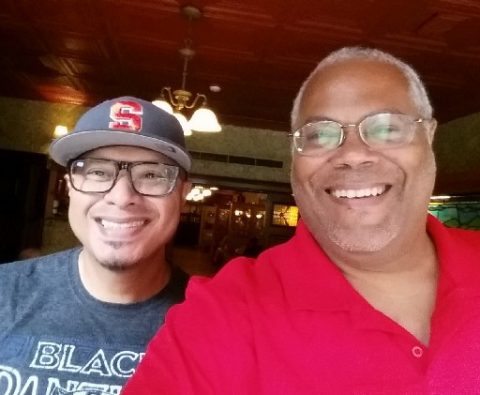 Tip number 3; pay attention to your own blog. I visit the dashboard of all of my blogs 3 times a day, even if this is the only one that gets a lot of attention. I’ve talked to many bloggers who say “I didn’t know someone left a comment”; that’s a shame, and there’s no real excuse for it. Even if it went into spam or pending, at least it’s there.

I do use some powerful spam filters that block certain comments based on disallowed verbiage or the location of the sender (sorry to the eastern Europeans, but y’all send most of the spam), and of course I “block” all gmail responses since that’s where almost all the spam comes from, but those go into the trash and I’ll pull legitimate comments out. I don’t get notified when that happens, which is why I check all my blogs multiple times daily; because I care.

Tip number 4; visit some of those people who leave a comment. Depending on the quality of the comment, I tend to check out the links of new commenters to see whether they’re responding from a blog or from a business site. If I’m interested in the topic of feel I have something pertinent to share my opinion, I’ll leave a comment… when I can. That always helps your own blog, because people are more willing to share your content when you prove you care about theirs.

Tip number 5; make it easy for people to share their comments with you. Some blogs require that you sign up for a service; that’s been around since I started blogging in 2005. I’ve never signed up for any of those services like Disqus and some others whose names I can’t think of at the moment. I am on Blogspot’s commenting list, though I can’t remember how I got there, and I’m on WordPress.com’s list because I’ve written for a couple of business blogs owned by others there over the years. If it’s complicated people would rather leave than deal with the nonsense.

Tip number 6; allow comments! I get it; spam is irksome. However, not only are there plugins that help deal with spam, but if you’re paying attention you’ll see a lot of patterns you can deal with by using the discussion area of your settings and adding words and email addresses you don’t want getting through without moderation. You can’t be getting as much spam as I do; a plugin service I pay for called Clean Talk blocked just over 5,000 spam comments last year. Adding “gmail.com” to my discussion area has kept a lot of comments that Clean Talk misses from reaching my comments area. Go ahead and allow comments; as I said earlier, people hate being ignored.

Tip number 7; promote your content… promote it more than once. I’ve covered this multiple times on this blog and even on YouTube, but I’ll touch upon it once again. When you create new content, share it in as many appropriate places as possible. Twitter’s good for everything. LinkedIn is good if it’s even somewhat business related, and it doesn’t have to be related to your specific business.

I share my original content on Twitter at least 8 times in the first week, then it goes into rotation to make sure I share it again down the line; that includes my YouTube videos. I only share once on LinkedIn because that seems appropriate, and only business related items (which means my article about diabetes never made it to LinkedIn). However, some of the non-business related content is appropriate to share on Facebook (the diabetes article was shared there), and your audience is actually more loyal there than anywhere else, even if they don’t come to the blog to comment (which is okay because if they comment on your Facebook link it’ll show up in their streams to their friends you’re not connected to).

Tip number 8; promote other people’s content, especially if you’re in it. I’ve been interviewed a bunch of times over the years. It used to mainly be blogs, but these days it’s mainly podcasts. No matter what the platform is, or whether I conducted the interview or was the subject of the interview, I have all of those in a place there I share all of them at least once every month on Twitter. What I also do is share the Twitter handle of the person or persons who were a part of the interview. Some of them see it and will like, share or comment on it, which benefits everyone.

Tip number 9; if someone promotes something with you in it, whether it’s new or not, help promote it by re-sharing it, liking it or commenting on it. If you’re smart, you’ll do something like that every time it comes up. I’ve noticed that most people only share something once, no matter what you do to help them get the word out, even if it’s about them. If you’re not willing to help yourself, why expect others to help you? And if you’re not doing enough to promote your own content, why are you griping that you’re not getting visitors or enough traffic?

I’m stopping here so I can stay under half as many words at that initial article I linked to; that and 9 is one of my lucky numbers. 🙂 These aren’t comprehensive, but I think they’re enough to help. What say you?