It used to be my goal to write two posts a week on this blog and on my business blog. For all my other blogs, my goal was to write at least one post a week. I tried to space them out so they weren’t competing against each other when they went live, as I initially promote them all on Twitter. 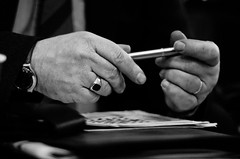 Lately I’ve been going after some of the latest recommendations that I see online, both by folks with sites ranked high and sites ranked low. One of the latest recommendations is that, instead of writing more articles, all of us should concentrate on writing one “epic” post a week, something along the lines of 5,000 to 10,000 words. Supposedly, Google likes those posts better, ranks you better, more people will see and share your stuff and you’ll be the latest golden goose to strike it rich.

Okay, I just added that last part. In any case, I’m here to debunk, or discuss, that and other things as they concern writing one’s blog because that’s what I do. 🙂

First, writing ultra long posts. I touched upon this one in my post on 6 Answers To Questions From New Bloggers where I wrote:

The people who write one really long post a week (sometimes one every 2 weeks) put a lot of time and research into it. Some folks burn out having to write what’s essentially a term paper every 2 weeks. If I had to do that I probably wouldn’t still be blogging after 17 years, which I’m up to right now.

How did you do in school when you were told to write a 10-page report on… whatever? As much as I like to write, there were times when, because of the subject, I found it difficult to do. Back in the day, we had to go to the library, look for a lot of books, bring them home and try to put things together. I had lots of encyclopedias that, it turns out, were pretty old, but they were references for some of what I wrote. And I didn’t understand a lot of it.

For most people, even if they know the material, trying to write just 500 words on a topic is going to cause a lot of consternation. My last post, which I linked to above, was just over 2,300 words.

It begs the question; do long posts really work well? Will they work for everyone? Can everyone do it? I’ll let you answer that one, but I’ll also touch upon the subject again further down. 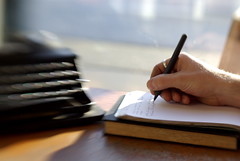 Second, writing multiple posts a week. In that same article I referenced earlier, the 6 answers, I said this:

A reality is the more you write, the higher your blog will rank, and there “might” more possibilities that your articles will be promoted on search engines for keywords and keyword phrases.

The more you write the more traffic you’ll get and the higher you’ll rank… but it might not bring you what you want. For those of you who know Darren Rowse, aka Problogger, that’s how he got started many years ago. He started out writing upwards of 10 posts a day; yup, sure did.

I know that because, when I was getting going on this blog, I went to check out his beginning to see what he did in the beginning. That what’s what I saw; wow! That was astounding; as prolific as I like to consider myself, there was no way I could do that on one blog though, a few years ago, I found there were times when I could write 10 articles in a day when I was getting paid for it, sometimes more.

These days, the only blogs that will survive putting out that kind of content are blogs with multiple writers like Huffington Post or Medium, which to many aren’t quite blogs but that’s what they officially are. They can get away with writing that much because they not only have multiple categories, but some big name folks writing for them.

For the rest of us… for a while I found that writing two posts a week on this blog helped its ranking stay pretty consistent over the years, a Google animal notwithstanding. I got the same results on my business blog, which was cool because it hadn’t been that popular in the longest time. Unfortunately, because I was traveling out of state a lot over the course of 18 months, my goal dropped to only having one article a week and my rankings suffered a little bit. Now I don’t guarantee I’ll write an article a week, as I have other projects I have to work on.

So yes, writing multiple times a week on a blog can definitely help… sometimes… If you’re depending on search engines to help you along the way, you’ll need to stay consistent on a particular range of topics. If you mainly write about trees, at least 75% of your articles should be on trees in some way. You can always get away with a straggler without penalty; do it too often and search engines don’t like you as much. Still, unless your blog is totally for business purposes, you’re looking to grow a loyal audience, so write as much or as little as you choose.

You know what else beats that 75%? Writing long articles (told you I’d come back to this)! These days, you get less help from adding tags and categories than you do writing a comprehensive article that touches on particular themes that people might be searching for. For years I used a plugin called All In One SEO because it allowed me to write a meta description that would be shown on search engines… but now those same search engines (Google for sure) ignore what you “think” you’re writing about and often shows part of your content that you didn’t think was all that important when you wrote it, but suddenly lots of people are looking for answers you’ve inadvertently given them.

Third, let’s look at the main question: can you write too much? Without thinking, the easy answer is “no”. However, with thinking and contemplation, the answer changes, though maybe not for the reason you think it will. 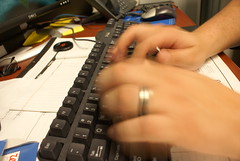 As I stated above, the more you write the more traffic you’ll get and the higher your site will be ranked. Search engines love content, lots of content and ever changing content; that’s not new.

What also isn’t new is that, overwhelmingly, no one is mentally ready to keep up with it all. You might have all the ideas in the world to write on multiple topics and be able to come up with something new 5 times a day. Heck, to tell you the truth, one of those things I used to do is sit down on a Sunday and write 8 to 10 posts in a day so that, if I wasn’t in the mood to write something specific on a certain day I didn’t have to.

The problem? If some people can burn out after writing 3 or 4 blogs posts in a lifetime, imagine what happens to those of us who are writing so much that it feels like it’s consuming our life.

Over my 17 years of blogging I’ve contemplated quitting a few times. Luckily it’s probably less that 5, but I’ve thought about it. It can get really tiring, especially if you’re not making a lot of money (or any at all), or don’t have tons of traffic or comments, and you’re not generating any business from all the work you’re doing.

Burnout is tough to deal with. Burnout is why I don’t have a newsletter anymore. I wrote one for 9 years, the other for 10 years, and I couldn’t take it any longer. The thing about the newsletters is that I almost never got any feedback. If I wasn’t getting any feedback on my blogs… well, at least on 3 of them, I might have given up the ghost, said it wasn’t worth it, and moved on with life.

This one is as much a life lesson as it is a writing lesson. We all have to determine what we’re getting out of writing our blogs, or anything else we write. If we’re doing it for our livelihood and it’s not too oppressive, then it’s all good. If writing is a chore and you’re making money, well, it might not be the best job but you’re working for yourself and that’s never bad.

What’s your goal? That’s a question I have to answer at least once every couple of months with my blogs. What am I trying to achieve? How close am I to achieving it? Should I change something, and if so what and how?

If I just wanted traffic and nothing else, I can do that; I’ve done it so I know what’s needed. Targeted traffic… that’s a little harder.

I think this is enough for you to contemplate. I’ll leave you to consider the questions I’ve asked above, the information I wrote before that, and what I added afterwards. What are you hoping to do with your blog, and is it giving you want you need for now.

18 thoughts on “Can You Write Too Much?”