In December I celebrated my 14th year of blogging on this site; yay me! lol With that said, something I haven’t mentioned often on articles that I decide to use as a repurposed article is that one of the reason I repurpose them is because I have a date limit for how long people can leave comments on them. When that date is passed, even if I wrote something where I think I left some good ideas for visitors, visitors who might want to comment or ask questions won’t be able to do so; I don’t think that’s fair to either of us. 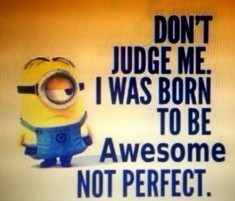 This particular article was published on my 7th anniversary of blogging. I think it offered some good tips that I can flesh out a bit more here and there, but otherwise it’s not bad.

I’ve learned a whole bunch of lessons since the earliest days of blogging, and I figured I’d share a few more if you don’t mind. Hey, it’s not as long as another article I repurposed back in September. I have a feeling that one might have overwhelmed some folks; this one should do that (it’s less than 2,000 words; you’re welcome lol). And only 7 tips this time; I hope you enjoy them.

1. You can’t just throw products onto a blog and expect people are going to buy them. For the first 4 years or so, I would pop products at the end of posts that I’d pull up from Commission Junction, Clickbank, or a host of other places. I never sold anything from those sites here. Matter of fact, besides selling one of my own books from here, the only product I ever sold was Mailwasher, which I still use, and I’ve sold 3 of them; woo-hoo! Oh wait, that didn’t make me rich; hmmm… lol BTW, I still recommend you check it out over there to the right; I paid for a lifetime subscription because it truly works well.

2. You can be bypassed by folks who are willing to do more, even if you keep producing content. As some of you know, I’m an independent consultant, which means blogging isn’t my regular job. Because of that, there are times when I have to do other stuff that’s more important that blogging; I should be slapped for saying that. 🙂

These days, you can write a blog post and set it up with some kind of program to post that bad boy once every 15 minutes if you so choose. You can also mix in as many old posts as you can, constantly keeping your name out in social media circles. Sure, commenting on other blogs still works great, but if you’re willing to automate you can conquer mountains.

I’ve refused to over-automate, but I keep a lot of articles from all of my blogs in circulation as best I can. You can’t get readers if you don’t try to publicize your articles somewhere. For Twitter I use the standalone program I have to plan my articles for upwards of a week at a time. For LinkedIn I use Buffer, though Buffer and LinkedIn don’t always have the best relationship (LinkedIn is always changing things so Buffer makes you keep connecting them; it’s irksome, but it’s the only program I know to use for now). 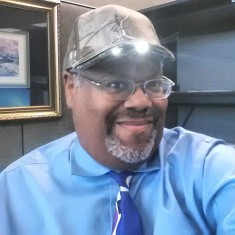 3. If you write only for ratings you’re not really writing, you’re marketing. Yeah, I know, most people are trying to make some kind of money via blogging. I’m not immune to this; I understand.

I refuse to go out of my way to do a lot of keyword research and the like for each post. I also refuse to always try to come up with keyword laden titles on a consistent basis. I know I’m a dinosaur in this blogging game, thinking that the content should be enough. I have over 1,850 articles on this blog, which one might think should be enough, but it’s like the internet keeps saying “what have you done for us lately”.

If you want to write, write; if you don’t, don’t. If you believe you don’t write well enough, get better; you do that by writing or taking lessons. If traffic doesn’t come don’t blame it on the writing; at least not initially. Go out and get visitors if you can. How? Promoting, marketing, word of mouth, commenting on other blogs… it all helps.

4. I make a lot more work for myself than is needed. I gave you the link to 15 blogging tips above while forgetting that last March I gave you another 55 tips and ideas about blogging; that one was almost 3,800 words.

At one time they were pretty popular… at least to start with. It was a great idea and it’s a lot less structured than the other groups. It can work, but there’s a catch. You have to be interested enough in what someone is writing to be able to leave a legitimate comment; it goes the other way as well. Otherwise, some comments look forced or amateurish, some look like spam, nobody benefits in the long run and the groups fade out.

However, what one learns if they blog long enough is that they end up creating their own community of like minded bloggers, and no one needs to be coerced into visiting those other blogs and leaving legitimate comments. For instance, I have 16 blogs that I follow via a RSS feed (look at the top right of this blog; you can subscribe to the feed for this blog one of two ways), and I check on them at least once every couple of weeks, if not more. I only subscribe and stay subscribed to blogs where the owners respond to comments; otherwise, what’s the point in wasting my time. Notice, I didn’t say they have to respond to my comment; I’m not quite that petty… well, at least not all the time. lol

It’s better working towards creating a community of people who respect your work enough to at least want to stop by and read it often. Of course you have to be willing to do the same; being selfish never helps anyone. I keep trying to encourage this in my Facebook local blogging community group; I’m not all that successful with it, but I haven’t given up hope yet.

5. Research before you make changes to your blog. What’s this about?

I’ve shut down a number of blogs over the years. One of the things I’ve remembered, sometimes at the last minute, was to go through the articles and see what I could repurpose in another place. I did a lot of that back in 2014 when I was traveling a lot for work, was tired, and wasn’t in the mood to write as much. The blog I shut down at the time had a lot of content that related to this blog, so that was a premium save in my opinion. I did the same when I shut down my finance blog; I’ve repurposed a lot of articles for my accountant’s site, which I write for, and even used a couple of them on my local blog.

Lately I’ve been working on an educational site based on health care finance; none of you will probably be interested in it, but if you’re in the mood you can check out the test mode stuff (don’t pay attention to the content on the main page; I haven’t totally fleshed it out into a proper sales page yet). Last Wednesday I did something I shouldn’t have because I wasn’t thinking properly (I was tired) and broke the entire blog; ugh! I hadn’t backed up the blog in about 6 weeks, but I’d created a lot of content. Then I tried fixing it, which I always do, but it was beyond my expertise; sigh… It took the hosting company 3 hours to fix it for me, but it also involved my having to do some thing that, if they hadn’t talked me through it, I’d have never been able to accomplish. 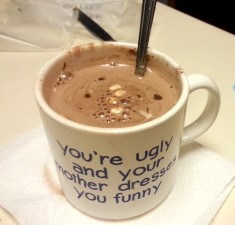 Sometimes people change themes without realizing that all the customization they did on the previous theme doesn’t move along with the change, and they might not know how to do the work, and the new person doesn’t know how to do the work. Sometimes people change plugins or add new plugins that don’t get along with what they already have. That can cause issues also. Before you decide to make big changes to your blog, remember that we have these things called search engines; check stuff out before you wreck something. Also, before making any type of significant change, make sure you backup your blog… and unless you’re a coder (who knows newer technology), don’t try fixing everything on your own.

6. With the good comes some bad. In my case it’s spam. I don’t get the amount of spam that many people say they get because I’ve set up a lot of filters, and I pay for a service called Clean Talk that catches a lot of it. I also immediately block all Gmail comments, 98% of them being spam. Spam is ever changing, and I’ve seen some smart spam as well as irritating spam over the years.

It’s something you have to deal with if you decide to exert your rights to self expression on the web. Don’t fear it and don’t hate it; just recognize that if your blog and your posts mean anything to anyone, that makes it attractive to spammers, or people who write lousy comments. Manage it and move on; don’t let the suckers get you down. Also, fight the urge to turn off all comments because of spam; you eliminate the possibility of engagement and, unless you’re famous, you’ll never know if someone’s actually reading your content.

7. This last one is short; either write what you have to or write what makes you happy, but never stop writing. For this blog, I’ve maintained more than 35 different categories of posts, not all of them about blogging or even internet related stuff. There’s nothing wrong with expanding niches when it suits you, even on a niche blog. When I was writing my finance blog I had over 60 categories, and all of those were related to finance; ouch!

Unless someone is paying you to do it, blogging is supposed to be an enjoyable thing. Even if you’re trying to make money, if people think your posts are forced they’ll feel it and they won’t enjoy them. I love blogging; I’d better with all the blogs I have and write for. If you don’t like it, don’t do it; you’ll never sustain a blog if you don’t like writing, and yours will end up being another dead blog that serves no one.

13 thoughts on “7 More Blogging Lessons From The Past”