Years ago I read an article by Chris Brogan titled Improve Your Influence. The most interesting thing I found in the post was the first line, where he stated “The term “influence” doesn’t mean a lot, and yet, it seems to be the holy grail for online social media people“. The reason it was interesting is that the rest of the article indicated that he pretty much understood how influential he was, whether he was trying to get there or not. Some of the name dropping, which I’m going to do some day (smile), shows that he knows and has talked to some fairly influential people. 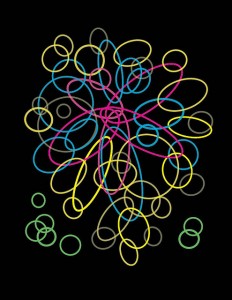 Being more influential has always been one of my goals. In some ways I’ve become that; in others, I’m woefully normal. lol Circumstances can either enhance or diminish one’s influence. Circumstances are… well… circumstances. 🙂

In a way, it makes me think of two lines from the movie Happy Feet, (which I hope most of you have seen; it’s one of my favorites); to wit:

“I hear the world wanting something… Me!!!”

After the applause he gets from his friends:

“Thank you; I’ll take a moment for myself.”

I’ve always given thought to the messages I try to project across the board, and realized that me talking about, well, pretty much everything, seems to work as long as I don’t deviate too much or often from the norm… whatever that actually means. Let’s address that for a moment.

For years I’ve had fairly defined niches and processes. This blog was initially only about blogging, writing, and social media. I deviated here and there onto other things that interested me in the moment, but I came back to the core of most of my content. My business blog addressed only things that I might talk about in my consulting business. Those topics were leadership, diversity, customer service and of course health care finance.

At some point, I got more comfortable with the written word and started branching out into the topics of motivation and inspiration. I felt those were areas where I could be more influential to the masses, even though I hadn’t thought of that particular word at the time. It turns out that the crowd that visited this blog loved things like that. As for my business blog… well… at least it helps me stay high in Google’s search engines for a while (I might talk about that again one of these days).

At some point I came to the conclusion that a big part of becoming more influential coincides with three of our favorite characters from the Wizard of Oz. Let me explain; stay with me on this one (you know you love stories :-).

The Scarecrow said he needed a brain. The Wizard gave him a diploma. If you check your thesaurus, another word that can be used for diploma is “credentials”. Those of us who write and talk about things that we have the credentials for, and can prove it on a consistent basis, have a great opportunity to increase our influence as we go along.

The Tin Man said he needed a heart. The Wizard gave him a testimonial, which meant that he honored the Tin Man in a way that others could see the type of person he was. When we acknowledge others at times, it not only helps boost them but we boost ourselves. We show that we know it’s not only about us. Almost no one succeeds on their own; that’s a hard lesson to learn. Touting others helps your influence because it comes back to you in spades.

The Cowardly Lion said he lacked courage. The Wizard gave him a medal and called him a hero. I tend to believe that every person that writes a blog and continues writing, or does YouTube videos even if their channels don’t have a lot of subscribers, or continuously does good things for themselves and others even when it seems somewhat fruitless, is a hero, and eventually heroes are noted by someone for their contributions. Heroes also help other solve problems, or gain perspective about things going on in their life. Become a hero and your influence will definitely grow.

I don’t try to make my bones by being intentionally disagreeable, though I’ll sometimes state my case on the opposite of what someone else has said. I’ll also agree with someone openly if there’s a point I feel I can help enhance. Either way, it helps both people to be more influential, and there’s nothing wrong with that.

As an introvert, I admit that I love the perceived silence most of the time (I listen to a lot of music in the background, so it’s not always that quiet). I also like having one on one conversations, and on social media engage with others here and there (except Twitter; sniff!). It’s not about the numbers as much as the purpose. If I can help even one person, whether they learn from anything I’ve done or said, good or bad, I think it’s considered as influence; isn’t it?

Your thoughts on all of this?

8 thoughts on “The Term “Influence” Does Mean A Lot”