As some of you know, I’ve done some workshops on social media marketing; I’ve also done workshops on other topics. I hope to do more in the future, but it’s not my main focus at this particular time. 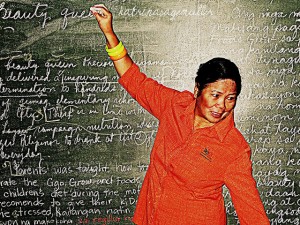 To Be Taught by Katrina Lopez

Back in 2010 I not only presented a social media marketing seminar, but it was the first time I did the same exact workshop more than once. If I ever decide to do something like that again, or even a one-off presentation, I need to continue to refine the process to a degree. One-off presentations are normally a bit different, mainly because some of the participants might talk with other potential visitors, and thus you want to always try to be better each time you do a live presentation. But that’s also an assumption, as I’ve learned throughout the years.

With that said, here are 10 things I’ve learned from the two presentations I did back in 2010; some of these apply to all presentations in some way:

1. You can’t control the traffic.

Of all things, there was a major tractor/trailer accident on the major highway to get to where I was giving the presentation the second time. It took them 6 hours to clear things up, which of course meant that all the people who were on their way were going to be late, since it seems none of them had listened to the news to know the accident had already occurred. The seminar ended up starting 80 minutes late; oh well…

2. There’s a different between a formal group and a non-formal group.

With the first group, I didn’t know any of the people who came. With the second, I knew everyone who came. The first group listened intently, asked questions when they had them respectfully, and all was good. The second group had a couple of people who wanted to try to share what they knew about some of the things I was talking about and basically just blurted out things as they saw fit. That made for a rough day, especially since they still insisted on finishing at the same time even though we started late.

3. People form their own expectations of what they think they’ll get out of your presentation, no matter what you tell them.

The flyer was very clear on our objectives: “you will learn what you need in order to create a social media marketing campaign of your own for your business“. The first time around, one lady said she came to learn ways to keep people from asking them a lot of questions. The second time, one guy said he was hoping to learn how to find time in his busy schedule to do this type of marketing. Both said they didn’t get what they came for; that was expected since I wasn’t teaching what they were expecting, and didn’t come close to indicating that’s what I was going to talk about.

4. When people think they know your topic, they actually don’t most of the time.

One guy at the second workshop said he used LinkedIn a certain way. When I made a suggestion based on my material and knowledge he said he didn’t want to use it that way. I said that was fine, went on with my presentation, and he kept interrupting to counter how it wouldn’t work for him, which was disruptive, until I got to one point when he finally said he got it.

But early on, he’d been someone who said he didn’t want to talk about Twitter much, and it was based on his misconception of what it was. He’s still not going to do it, but at least at the end of the presentation I knew he understood what it was really about.

5. When people think they know you, sometimes they don’t understand how to respect you.

This one irked me a lot. One of the people there does presentations around town, and I’ve seen him in action a couple of times. I know his topic, as I’ve read many of the same books he’s read. I’ve written about his topic on both this blog and my business blog, and in other articles in other places. 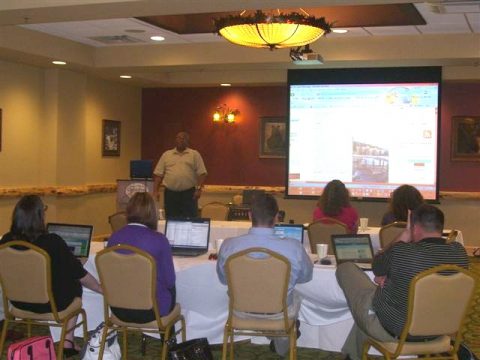 Yet, whenever I’ve seen him present, I’ve never interrupted him or called him out on something I’ve read, and rarely offered anything else. In my mind, he’s the presenter, the professional at that moment, and it’s not about me but about what he has to share, and if I can get a nugget then it’s all good.

However, it seems many people aren’t like that, and thus you have to work on building up a thick enough skin to deal with it at the time, and figure out what to do with it later on. I’m still working on that second part. I’m actually pretty good at it, but in general terms I’m not as patient as I used to be. 🙂

6. It’s always nice when you see someone have an “aha” moment.

At the first workshop, I happened to mention a new connection program that was popular at the time, and how I used it for business (which didn’t last long). This one guy thought it was a great idea, and on the spur of the moment he figured out many ways he could use it in his business and the customer service benefits of it. And the thing that felt good is that he was a marketing consultant who came to learn about social media marketing and actually got something really beneficial out of it.

7. Doing a workshop is like trying to teach someone how to play a musical instrument.

I used to play piano, and while I was in college, people would ask me to teach them how to play. So I’d start by telling them where middle C was, and they’d invariably say “I don’t want to learn all that, I just want to learn how to play a song.

In music, you can’t learn how to play anything until you know a couple of foundation pieces to help you know where you need to put your fingers. With social media marketing, or leadership or diversity, or pretty much anything, if you have no idea what it is or why it can be beneficial then it does me no good to tell you how to use it.

A couple of times I got interrupted by someone asking me how they could use something when I was still building the foundation as to why it was important. Since they already had my presentation in their hands, they knew what was coming. I would always have to say “I’m going to get to that”, which is irritating, but you do what you have to do.

8. Building the foundation is important.

Why? Because at the end of each workshop there was at least one person who came to me and said they didn’t know any of the stuff I taught them, and how much they appreciated that I took the time explaining it all and then giving them ideas on how to use it. That’s what it’s all about, and the thing anyone who gives a presentation of any kind has to remember. Because…

9. You can’t please everyone.

Well, if they’re open to what you have to say maybe you can, but in general you’re going to hit some home runs, and you’re going to have to bunt to get on base a couple of times. I go to very few things where, in the long run, I didn’t think I made a good decision. That’s called evaluation, and if you have everything you need, you should be able to evaluate whether something will help you or not. I know that those two workshops reached the majority of the people who came, and I’ve always been a numbers guy, so in my mind they were both fairly successful.

Truthfully, all but one of my workshops have been pretty successful. The one that wasn’t was because I didn’t get the audience I was told was coming. Instead of teaching my expected audience new things, I got an audience that already knew most of what I was telling them. Sometimes that’s the problem with doing a presentation for another organization, but at least I got a keynote speaking presentation on my resume.

Without rehearsing, timing different concepts to see how long they would take for me to talk about, building in what I considered was legitimate question time, I wouldn’t have known how to change things up to achieve my objective. I definitely needed that skill the second time around.

I could add more but this post is already long enough. Suffice it to say I hope to do more of these, and hopefully each time I do it, I’ll learn something else I can use the next time.