In some ways I’m like everyone else when it comes to dealing with the concept of the term “expert”. The word has its connotations that make it something to eschew, and at the same time something to aspire to. I’ve hated being called an expert and tried to stay away from it at times. Then I came to grips with the reality that, as an independent consultant in different fields, the best marketing I can think of is to be seen as an expert in those fields where people might actually pay me for what I know and what I can do. 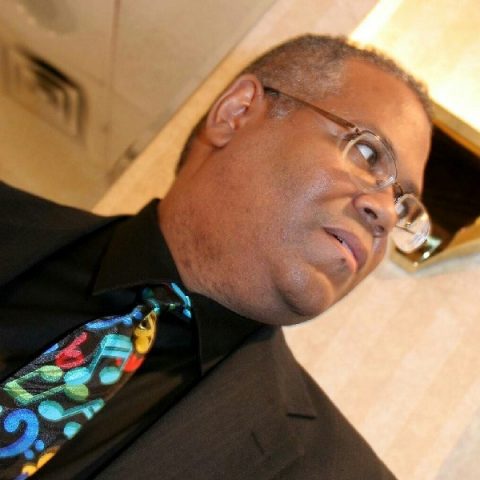 I remember reading a book by a guy named Brendon Burchard called Millionaire Messenger. His premise is that all of us are experts to someone, and we can turn that expertise into a career if we learn how to do it and have the confidence to do it. That kind of thing makes great sense to me, and it’s also motivational.
END_OF_DOCUMENT_TOKEN_TO_BE_REPLACED

Since today is the beginning of Black History Month, and I’m sharing a picture of Frederick Douglass, I’d like to share this with you… but I’ll be coming back to Douglass later on. One of my biggest commenters on this blog, who I call Uttam, wrote me an email asking me some questions about blogging when he was starting out. Believe it or not, I don’t get a lot of email asking me questions like this, even though I always offer to answer questions, whether it’s on this blog or a question here and there via email. When I sent him my response he asked if he could put it on his blog; this is the link to that post which he titled Most Common Questions Of A Newbie.
END_OF_DOCUMENT_TOKEN_TO_BE_REPLACED

My Keys To Leadership CDs is something I’ve written about before on this blog, so you can check that post out if you’d like. Of course, the back story is so much more fun. But I told that story on the other post; what more is there?

The day I did the first seminar, which led to the first CD, I was at a crossroads in the early part of my career. I wasn’t a happy guy. I was doing some sporadic subcontracting work with this other company that was leaving me very frustrated. The money was good, but the working relationship was not.

I’m all about communications. When I was a director, I made sure to keep the lines of communications open with those who worked for and with me. If something needed explaining, I made sure to do it right, especially if I needed it done a specific way. The owner of the company I was doing the work for wasn’t quite that type. She expected people to just know how she wanted things. That might have been fine for the people who worked for her where she lived, which was in the Baltimore, MD area, but I didn’t see her on a daily basis. I knew my work, but not how she wanted it presented all the time. Sometimes I’d give it to her and it’d be what she wanted, while other times I’d present it to her and she’d say that’s not what she wanted, without an explanation.

Still, it was bringing in money that I needed. But I wasn’t happy, and I knew I was going to have to make a decision at some point. That’s another reason I had set the seminars up, and even though I’d definitely picked the wrong time to do them (you’ll have to go to that other link to learn why), I figured it might tell me something about myself no matter what happened.

I gave the presentation that Wednesday night and it felt really good. And the topics I discussed made me realize that it was time to end that association, to drop that client for my mental health. So when I came home I wrote her, since she never answered her phone, and said I was done. And you know what? She never responded, never acknowledged, never asked me why… as if I didn’t exist. She could have cared less; I meant nothing to her except a body that might have had a few skills, and based on how she was treating me, I’d started to question that as well.

For the next two months I was floundering; that loss of money was big, and my mind wasn’t in a great place. Then I got my mind in a better place, not only after revisiting my own words when I was creating the sound files, but that’s when I started getting into motivational things. Within two weeks of starting that process I had both a short term project then a very long term project, and I was on my way.

And that’s the rest of the story. Anyway, this is am immediate download product; you can buy either one or both presentations, and on the site there’s also a sample clip, for those of you who’ve never heard any of the interviews I’ve done, so you can hear my voice as well. Here’s the product link to Keys To Leadership, which is also there to the left underneath my book.