In the movie The Secret, there was a lot of talk about the overall premise, which is the law of attraction. I’ve written more specifically about it on my business blog. Coming across it recently is what leads me into talking about it today.

Over the years, I’ve worked on applying the concept to many parts of my life. I’ve had both successes and some bad “experiments” occur because of it. I blame both on the law of attraction, but nothing overly metaphysical, which both the book and the movie alluded to a lot.
END_OF_DOCUMENT_TOKEN_TO_BE_REPLACED

The other day, when I was saying there were no secrets in marketing, and there being way too much stuff that’s the same, I also happened to talk about this movie called The Secret, and said I was going to talk about it one of these days. Today’s the day. 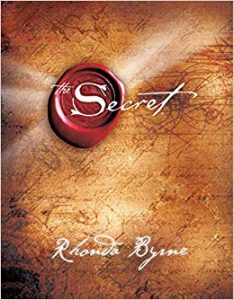 The Secret came out in 2005, and I actually purchased my copy from Australia before it made it to America. I was in my big phase of self motivation, and had started out with a movie called What The Bleep, which was also a pretty motivating movie that starred Marlee Matlin. I had seen the early promotion for The Secret, and from the first sound, I was captured. Here’s the first 20 minutes or so from the movie: