A few days ago Instagram announced that it was going to allow more people to business accounts which would give them the ability to schedule posts ahead of time, something that’s not allowed right now. I’ve subsequently read a lot of articles telling people it’s the best thing since sliced bread (not a direct quote lol). 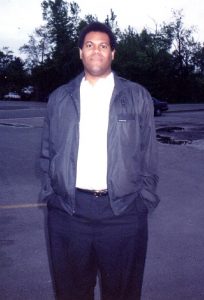 I was thin once 🙂

As someone with 5 blogs who also writes for 2 others I don’t get paid for, I think I can speak about the issue of being overwhelmed by having too much exposure online. This time I’m not talking about the people who might view your content; I’m talking about your ability to keep up with all of it and whether it’s worth the effort.

If we eliminate talk about blogs for the moment, I can honestly say that for the most part I’ve stayed away from multiple accounts on social media sites.

The best thing about those channels is that they automatically show those I’m connected to my latest videos (if anyone’s paying attention). The worst thing is that my business site only has 15 followers; no one’s seeing anything unless I shove it down their throat.

I had a community on Google Plus devoted to leadership, and initially it was a pretty active group. Then Google stopped supporting its own site, and after 9 months where I was the only participant I decided it was time to shut it down.

I created a group and a business page on Facebook. The group page is about diabetes, where I share new information and give folks a place where they can talk about their issues or ask questions. That’s personal and I’m glad I created it, even if it’s barely at 100 members.

The business page… it’s stagnated around 400 members, and even though that’s a lot by comparison, Facebook’s algorithm change means that most of the time fewer than 20 people are actually seeing when I post something, and I’m sure only around 25% ever actually see the things I’m putting up. That was a waste of time, especially since Facebook doesn’t serve any of that content up so search engines can find it. At least once every couple of months I think about killing it; one day it’ll disappear.

I resisted the pull to create a business page on LinkedIn, as well as a business account on Twitter. I already get little attention on LinkedIn, so keeping up with a 2nd page made no sense. I’m lucky to get attention on Twitter but I’d rather work on promoting and branding myself than two different things at the same time. I also have more fun on Twitter without having to deal with the task of running two separate accounts.

I know quite a few people who answer the call for multiple accounts on most social media platforms. I don’t know a single person who’s done well with it. I tend to believe these are the types of things for companies that have dedicated employees around to handle the business brand while everyone else gets to be themselves. If you’re a sole proprietor or a very small business, it’s better to be more efficient with your time and energy.

Back to the multiple blogs thing. I’ll admit that sometimes I feel overwhelm in the effort to work towards producing on a consistent basis. Lucky for me, I have no difficulties coming up with topics on my two main blogs, this being one of them. However, I have one blog where I haven’t written anything new since November. If the topics weren’t so diverse and my reasoning so personal I’d work on finding a way to merge them all. I’ve actually been thinking of trying to sell one of my blogs… I just don’t have the energy to consider it now. That and having nearly 1,000 posts on it I should say. 🙂

Social media is hard when you’re trying to market on it. Spreading yourself too thin is tiring and stressful. I’ve always advocated that none of us should be on every platform, which goes counter to the marketing gurus. I’ll add to that by saying limit yourself to only as many accounts on the sites you decide to participate on.

That’s just my opinion; I’m sure you have yours. Go ahead, share; I’d love to hear it.

12 thoughts on “Spreading Your Online Self Too Thin”