You might not know this about me, but I used to lift weights. I wasn’t very good at it, and never got my arms the way I was shooting for, although I did it religiously for almost 2 years. I did develop my shoulders and upper back muscles though and my pecs looked pretty good; that’s the best I could do, no matter how hard I worked at it. 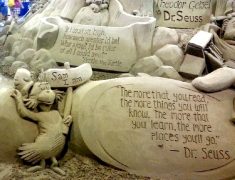 I’ve always had the strongest legs. Even before I was weight lifting regularly, I got on a universal leg press machine and was able to push it up to 500 lb when I was 15 years old. Later on, when I was doing weight lifting for real, I regularly pushed 500 lb, and every once in awhile would take a gamble and push up to 750 lb. Yes, my legs were strong.

About 6 years ago my wife and I joined a local gym and I decided I was going to try to do weight lifting again. After about a month, I decided to get on their leg press machine to see if I could still push the weight I used to. Being a guy, I didn’t start at a lower weight and work up. I moved the machine right to 300 lb, and was surprised when not only I was able to push it, but it was fairly easy to do.

I felt pretty smug after being able to do that after so many years, but I also realized I couldn’t do reps pushing that kind of weight so I reduced it. However, there’s a mindset you sometimes get into where you start thinking you’re invincible.

There was this other weight machine where you were supposed to lift by using your legs to push up but you had all this weight on your shoulders. There was this Mandingo brotha (because I have no other explanation for describing him lol) who used to regularly push 700 lb; ouch! Yes, he was that big a guy. One day I asked him how to use the machine and he gave me a couple of pointers and then went on with his workout routine.

I knew better than to put 700 pounds on the machine, but I did put 200 on there. Then I went under the bars, got myself into position, and pushed the weight. I was able to get it up there, but it was a struggle. Still, I did one set of five reps and thought nothing of it.

Two says later, my wife and I were at my mother’s house for Christmas, when suddenly my body locked up. By locked up, I mean that I could barely move anything, including my legs. My wife helped me get upstairs and into the bed, where I laid for 3 or 4 hours.

I was in serious pain, and I did something you’re never supposed to do. I took a couple of my mother’s muscle relaxers and my wife massaged my back and shoulder, trying to help me get some movement again. Eventually some of it relaxed, but I was in pain for the rest of the week. We tracked it back to that one machine and I decided I was never using it again. 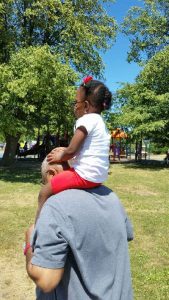 Pretty much from that point I stopped going to the gym on a regular basis and, eventually, I gave up my membership and that was that. What I did instead was started walking, using my Fitbit to keep me motivated and, to this point, I’ve hit my steps goal every day for just over 3 years.

The connection? Blogging isn’t easy, and social media isn’t always all that friendly. Sometimes it gets so depressing that you might want to up and quit both of them, as I felt like doing last November after the elections. It wouldn’t have been a snap decision at all; I’d felt it was coming for a few months before that occurred.

What I did instead was take a brief break from the norm. I stayed away from social media for a week and, except for this blog, stopped blogging on all my other sites for the entire month of December. I needed both a break and some time to be more introspective about what I was doing and where I wanted to go.

As you can see, I’ve continued blogging, and I’m still on social media. I did kill one of my websites that was causing me more grief than pleasure, and I sculpted my Facebook feed and blocked, muted and deleted people on some of my other social media profiles. I decided to try to set things up so I could see what I wanted to see and block what I didn’t want to be bothered by.

Blogging… if you lose the passion to blog, that’s one thing. If that’s the reason you decide to give up on blogging, I fully understand. If you’re thinking about giving up on blogging because you think people don’t like what you have to say, or you’re getting lots of spam or negative comments when they’re not deserved, or you’re not getting the traffic you want, do your thing anyway. Find out what to do and change things for the better; read things like this to learn how to get more attention… if you’re willing to do the work for it.

In other words… do what you’re good at, push yourself until you figure out your limit, then decide if that’s what you want to do or can do, modify and find your sweet spot. Don’t hurt yourself unintentionally… it’ll be different than it was for me pushing weight I shouldn’t have attempted without better training. It won’t hurt physically but it could hurt mentally… and that type of thing sometimes last a lot longer.

Be brave, be strong, be ambitious but be cautious. Blogging and social media are supposed to be there for you, making you feel better. If arguing makes you feel better, you do you Boo; if not, find another way to enjoy your time.

You might even look good while doing it; that’s always nice! 😉