I have periods where I enjoy being on Facebook and other periods where it’s been a terror. There’s a lot of things I like to see, a lot of people whose updates I also enjoy seeing. Then there are those folks whose stuff gets on my nerve, or posts and sites that have content that I’m just not up for seeing all that often.

I’ve previously talked about a plugin called FB Purity which can eliminate a lot of stuff. It works very well, but it can’t block everything. As a matter of fact, there’s no way any of us can block everything; but we can make changes you probably didn’t know about, that I really hadn’t explored until last week, and that’s what I’m going to talk about today because, after I made these changes, my stream has drastically improved.

First, did you know that you can stay friends with someone without having to see everything they put up? That can be valuable because you might want to pick when you want to see things for these folk as opposed to having it jump in your feed and throw your mind off. Did you also know that you can decide who sees your posts, in case you have some of those folk who will pop in and say things on something you post that might upset you?

What I’m about to share is different than what my buddy Holly shared in November as it regards privacy, on which she did two posts about. This might take you some time depending on how many friends you have, but trust me it’s worth it. By the way, the images will be in order but because of size they may not necessarily match up with each step, so I’ll number them.

1. The first thing you have to do is find your friends list. You begin by clicking on your profile name at the top left of your main Facebook page (your colors are going to be different than mine because of FB Purity).

2. Click on the link that says Friends, which should be the 3rd one over. You see I have 591 friends; this is why it takes a while, though you don’t have to click on every person you come to.

3. You will see pictures of the people who you’ve friended on Facebook. I have no idea how it determines what order the names come up in but that’s not a big deal. What I want you to see are a couple of things out of the image I’m sharing.

The first is that everyone here shows up as a friend. That part doesn’t actually mean anything; it’s what’s next to them that tells you what’s going on. People with a check mark next to their names means they’re part of my general friends list. I might see what they have to share in my stream, and they can see what I share if I happen to pop up for them. The people with stars means I’ve added them to a Facebook created category called Close Friends. These are people I know intimately in some way, hung out with, not just people I’ve met. 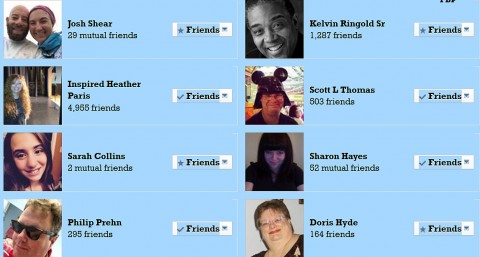 4. Now it’s time for some work. I’m highlighting my buddy Mel here, who I just love (everyone loves Mel lol). At the very top you see I’ve clicked Get Notifications. This means that if I’m looking at Top Stories instead of Most Recent, her posts, as well as others who I’ve categorized like this, will show up first in my stream. You also see the check next to Close Friends, which is why there’s a star next to her name if you’d seen her name in the friends I selected. 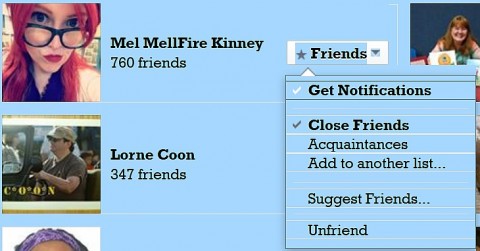 If I uncheck Get Notifications, I wouldn’t see her posts until I’d seen everyone else’s. If close friends isn’t checked, then she’s move further down the list.

The biggie is Acquaintances; it sets everything else up that you might want to do. If you click that, it gives you the ability to not only not have to see anything they post, but they can’t see what you post either if you make one more change on your site, which now goes back to what Holly shares with us as it regards privacy. If you don’t go to privacy, you at least protect your posts from being seen by others, so if you want to stop there then you’re good. 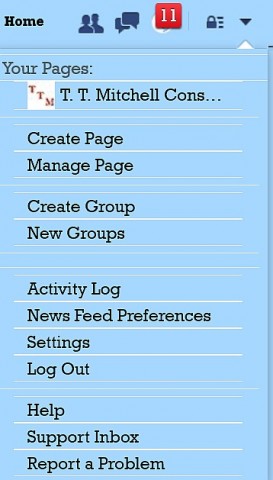 5. If you want more control over who sees your stuff, you go to the top far right, click on the arrow, and then go down to settings. When it opens the menu you’ll see Privacy on the far left. Click on that and it’ll open this menu.

These are my privacy settings. By selecting Friends except acquaintances, from this point on people won’t see anything that I post as an original… for the most part. This only works with content; it seems that if you share images they’re still being seen by everyone, but I’m not so selective there. In this area you have lots of options you can select to make them your default settings. I say it that way because every once in a while you might have something you want everyone to see, and Facebook always gives you the option of overriding your default to either share with more people or be more selective, like if I only wanted the people I designate as a close friend to see something.

I have to admit that since doing that my stream has improved dramatically. I’m now seeing people I hadn’t seen in the longest time, and the stuff they’re sharing is way less intrusive and upsetting than what my norm had been. Those I’ve made acquaintances will never know they’ve been designated as such because Facebook is all over the place, so it’ll look like a natural selection thing by them.

How’s that for a tutorial at the beginning of the year? If you decide to try it let me know how things work out for you.