Lately I’ve been thinking a lot about affiliate marketing, something I’ve been a part of for at least 15 years by now, and wondering “what the heck am I doing wrong?” I’ve made few affiliate sales over the years, but at least I can say I’ve made some. I guess that puts me ahead of a few people, but so many others are really rocking the industry. Then, after thinking about it some more, I realized one very interesting fact; I know nothing about affiliate marketing! 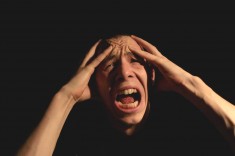 That’s a very disconcerting thing to come to, and though it’s probably over the top, truth be told I’ve been looking for answers for a long time. I’ve read a lot of stuff; I’ve tried a lot of stuff. All you need to do is look over there to the right and you’ll see I’ve been doing something for all these years, but with only one sale in all of 2021 I think we can all say I’m an affiliate marketing failure.

You know what the problem is? Well, it’s actually twofold.

One, I’m not innovative when it comes to marketing in the first place. It’s never been my strong suit, even though I’ve been working independently for almost 21 years now. I’m okay at networking, when I’m in the mood to do it, which has saved my behind over all these years, but marketing… sales… nope.

Two, with all the books and such that I’ve read over all these years, information I’ve eaten up and memorized and understood, I’ve never picked up that one big nugget that I’ve really been looking for, and that’s the first 3 steps of it all. I don’t need to read “create a product” or “set up an autoresponder” or “capture emails for lists” again; none of that tells me a thing, even though I had a brief conversation with Carrie Wilkerson about a month ago on Twitter; she asked me if I’d started collecting email addresses yet, which she recommended almost 10 years ago, and I told her no. There used to be a guy around named Willie Crawford, to whom I asked about the 3 steps to true affiliate marketing. He said he’d think about it and get back to me on it; didn’t happen, unfortunately, and I never heard from him again.

Back in the day I joined a lot of different affiliate marketing companies; Commission Junction, Clickbank, Share A Sale to name a few. I actually generated a few bucks here and there, though mainly because I used some of the discount links to buy stuff I needed (I’m not ashamed lol). But I only once made $100 in a year; that’s nothing to brag about.

Years ago on Lisa Irby’s blog, she had a post, along with a video, titled Why Some Blogs Don’t convert With Affiliate Marketing. I made a comment where I said it sounded expensive to do what she did, having to buy a lot of domain names (one of her secret sauces), and after a back and forth she said she doesn’t buy a bunch of domains, but drives people to an existing site where she markets her items.

That was an aha moment for me because she’s the first person to ever say that from all that I’ve read. It takes a load off my mind to know that I don’t have to do like some of these big time marketers, create a product, buy a new domain name and push it like crazy. And yet I kind of did something like that anyway. I created a site called Services and Stuff where I set up many affiliate pages via creating my own sales portal site… and never sold a single thing. The best thing that happened is that I wrote a long article on a health care topic that sat at #1 for 7 years, making me kind of an authority at the time. At least I accomplished something… just not what I was shooting for.

Lately I’ve seen a lot of YouTube videos where young people, mainly young attractive women, are telling others how much money they’ve been able to make off both their YouTube videos and their blogs. One young lady said she was making close to $25,000 a month via her blog; ouch! I went to check it out and… well… it wasn’t anything spectacular, it wasn’t written all that well… but her pictures look elegant and she said she bought a lot of stuff from the affiliate links she was showing. It’s possible that’s true, and maybe she got lots of visits from her YouTube subscribers, which were around 200K or so (I’m a loser everywhere… sniff!). Even though I was happy for her life, I’ll admit that I was disappointed in myself; I’ve never figured out how to get it done properly.

Just to be more open about things, back in the day I’ve had periods where I was making around $600 a month on this blog from various ventures, which included Google Adsense… until Google got mad at me. Then I was making around $600 a month from my finance blog until I went on a consulting assignment in Memphis, but that was via paid guest posts and companies advertising on the site and some paying me to write sponsored posts. After that venture, my medical billing site and blog (which will soon become a membership site) was generating between $300 and $400 a month… when suddenly everything crashed.

Still, very little of it was due to affiliate marketing. It seemed like a simple thing, but it didn’t work out that way. At this point I’m almost out of the game except for the two items on the side and a couple of health care procedure books that will be on the sidebars of my health care membership site… maybe… Overall I’m good with it; I had my day, and now I can spend more time concentrating on the writing part… which I still enjoy doing, though I wouldn’t mind a lot more conversation (hint).

What do y’all think about affiliate marketing, and if you’re doing it how’s it going for you?

10 thoughts on “I Know Nothing About Affiliate Marketing”