May I talk about myself as a leadership trainer and mentor for a minute? 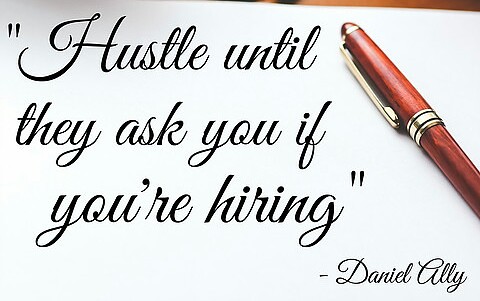 Anyway, three different things happened this week, all in the space of 48 hours. The first one is the last one. Someone reached out to me on LinkedIn to announce a new list highlighting top people who write about leadership. The message wasn’t necessarily something I was expecting:

“By the way, your excellent blog is not on the list because you write so eclectically on subjects other than leadership – I enjoy reading you though.”

The second, which is actually the first, was having a podcast on leadership I actually was interviewed for by my buddy Jesan Sorrells go live; yay!

The third, which was actually the second, came from reading an article titled A Simple 3 Step Process to Win Your Readers’ Hearts written by a guy named Jason Quay. In that article, his first recommendation was to find out who your top competitors are by going to Google and putting in a search term like “top xxxxx blogs” to see where, or if, you have any standing in that realm, because it helps you figure out the audience you want to target if you have a specific niche.

I decided to give that one a try, although I had some trepidation. I went to Google and types in “top leadership blogs”, only expecting to be on one list that I already knew about. On a blog by Charles Specht, the one I knew, I’m ranked at #35; I’m thinking that’s pretty good. On a website called Blog Metrics I’m listed in position #56. On a website called Noop.NL I’m ranked at #58. Finally, on the website of the Center for Management and Organizational Effectiveness I’m ranked at #90.

If I may, let me take a moment for myself. 🙂

That’s pretty cool if you ask me. It’s as cool as being listed on Guy Kawasaki’s Alltop site (now defunct) under the leadership category. So, I do get some props here and there. 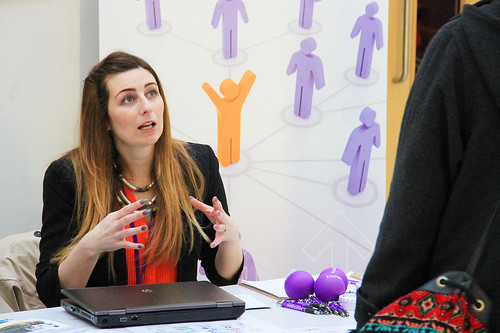 I then decided to try to see where I stood in the worlds of blogging and social media. Turns out there are few sites that actually track that type of thing these days. Many of the lists I found were purely arbitrary, based on what the author liked rather than having any criteria. I also decided to check out the main topics of my other blog because I was on a roll. My local blog came in at #7; not that Syracuse has tons of bloggers putting out a lot of content. lol

You know what? Seeing your work being listed among a number of those you consider as your peers is kind of uplifting. It feels like a validation of your work and words, and it’s hard not to feel good if and when you see it.

It’s also fairly meaningless. Whereas I’ve often said on this blog that my goal was to end up on someone’s top 50 list every once in a while, when all is said and done it’s not going to do anything for me other than allow me to have some bragging rights.

Very few people get much of a bounce because they’re on some kind of list. Where the bounce comes from is in doing the work and having your audience recognize you for it. Whether it’s views or rankings or sales, other types of recognition end up being way more important to your overall success.

When the conversation moves to the topic of niche blogging, I’ve always warned people that having a niche being too finite might harm them in the long run. I’ve always thought it was better to be grounded more in the overall topic and things that are a part of it because it’s easier to find inspiration to write about rather than finding yourself in a corner with nothing to say.

Let’s look back at my leadership blog for a quick minute.

Out of nearly 1,400 articles, 475 have specifically been on leadership.

In my book Embrace The Lead, I mentioned that any good leader always addresses the topic of diversity, something I’m very big on. On my blog I’ve written 177 articles specifically about diversity.

I also talked about learning how to communicate with employees and co-workers because that’s also pretty important; I’ve written on that specific topic 52 times. 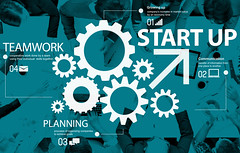 @GwynethJones – The Daring Librarian!
via Compfight

I’ve addressed employee issues, both talking to those who are employees and those who are in leadership because the two are intertwined; wouldn’t you agree? That consists of 22 specific articles.

Finally, motivation; heck, I write about motivation on at 2 of my blogs but let’s talk about the leadership blog for the moment. I also wrote in my book that it’s up to leadership to find ways to keep employees both trained properly and motivated to do the work they do because it all ultimately falls on the head of leadership. If you work for someone else wouldn’t you like to work with someone who empowers you, motivates you, and helps you succeed? I do, which is why I’ve specifically written on that 213 times.

By my count that comes to around 1,000 articles that concern the topic of leadership. That’s 75% of all articles on that blog; not bad if you ask me.

Let’s look at this blog now. With almost 1,800 posts here (ouch!), even though I say that I’ll write on anything I want to, I try to stick to certain topics for the most part.

Blogging is my baby; that comes to 550 article.

Writing is a major part of blogging, wouldn’t you say? That’s 62.

Social media? Are you kidding? That comes to 185.

Motivation; what, again? Wouldn’t you agree that motivation is a big part of writing and blogging and, to a small degree doing things on social media? That comes to 87 .

Making money blogging, which I have as its own category; that’s at 48.

Advertising or marketing online; another 157.

If I stop there, that comes to 1,239, or 81% on my core topics over the course of just over 12 years. Maybe not as finitely niched as some folks might like but I feel I could match up with anyone when it comes to output and pretty much staying on a related topic.

You might be asking yourself (if you’ve made it this far) “Where’s all of this going?”

The first place it’s going is in the direction of talking about value, or more specifically your value, how you see your value and how you get others to see your value. This piece is better addressed in one of my videos… of course lol:

The second is in the direction of perception: how you see yourself, how you want others to see you, how others see you and how much you care about any of these things. Did you read my rant post about 31 mistakes people make blogging and in social media? Every one of those points was about perception. Yet none of them were indications of the success or lack thereof about any person or organization.

The reason was, just because I dislike something and want to see people be better, doesn’t mean I get to determine anything else about them as it applies to what they do except for the parts that specifically bother me. Out of those 31 points, the only one that I’ve acted on personally is the one about popups because it’s the only one that actually affects what I want to do.

The same goes for all of us. It’s nice being recognized. It’s great having people talk to us, share what we write, agree when they want or disagree and still be friendly about it. It’s wonderful seeing advice that we can get behind, whether we act on it or not.

I’m not saying don’t learn new things. I’m not saying to never change. What I’m saying is that if you’re going to obsess about anything spend the time on obsessing about you and the goodness you can bring to the world and your life.

If you do that, good things and success will come your way. Hmmm… I guess this turned out to be a motivational post after all; what do y’all have to say? 😉