I’ve been thinking about repurposing some of my previous content. Repurposing is an interesting concept; using articles you’ve written before on your intended subject, maybe editing it a bit, and putting it out as brand new blog content. It can work well for those people that have written a lot of stuff, as I have, when they don’t have lots of time to write new things, or have a new audience to see some of what they’re written in the past. 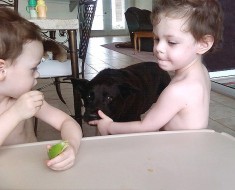 Something I’ve wondered about lately is what the rules are, if there are rules, for repurposing your own content. What if you wrote something years ago that’s still pertinent and would benefit from being talked about again, especially since after a few years most of us will have content that the search engines have forgotten about?

I’m not necessarily talking about only this blog, though it would certainly qualify if I were. I’m talking about my finance blog, Top Finance Blog. That blog is now over 3 years old and has a lot of content on it. Some subjects like budgeting are timeless; I actually started a tutorial that I never took further than two posts because traffic indicated that it wasn’t a popular subject at the time. The economy was started to get bad, but hadn’t crashed, so to speak.

So, with a subject like that, if I decided to write about it again, how to budget, I’d probably tell people the same exact thing I wrote previously. As a matter of fact, if I were going to do that, I’d probably link to the previous post as well and use a lot of that same content, changing a word or two here and there.

But is that proper? Is it ethical? It’s an interesting question I’ve been pushing through my brain because, well, I see a lot of other people doing it, and sometimes it irritates me.

People sometimes tells you 5 or 10 things to do if you want to write a successful blog, but it’s always the same 5 or 10 things with nothing new added. I see a difference because budgeting taught as a tutorial is a process that never changes, but there’s literally thousands of ways to talk about better blogging, including some very creative ways.

But is it really different in the long run? I think so. After all, it’s your content; you’re not stealing from someone else, and there’s always a new audience. Even if you decided to just update the content, do you also do something with previous comments, if there are any?

If it’s something crucial, does it matter? Budgeting is an important topic to discuss on a blog about finance. The word “budget” leads to lots of subjects that could be discussed. If you’ve already written about it 5 times and for whatever reason it didn’t get a lot of attention, is repurposing it, updating it a bit, re-dating it and putting it out as new content going to matter all that much?

I’m thinking about it, and the closer I get to 1,500 articles, the more likely I’ll look back at older content and repurpose it. What will I do with previous comments? That’s something I’ll have to think about.

Let’s put it out there for a conversation topic; what do you think?

23 thoughts on “Repurposing Your Own Blog Content; Good Thing Or Bad?”