I’m going to tell a truth up front; I want to make money off my blogging efforts. There’s nothing wrong with trying to make money, especially if you put a lot of time into it. I may not be blogging 24/7/365 because, after all, I do have a life and responsibilities, but I put enough time into it that it wouldn’t be depressing if I started making money off it (by the way, did you ever notice that little blurb just underneath the commenting policy before you leave a comment? lol).

With that said, I decided long ago that the first thing I wanted to establish with anyone who ever visited any of my websites or blogs or even my videos is that I could be trusted, and that I had ethics that would preclude me from doing anything I didn’t believe in or that gave me the impression that I couldn’t trust the people who might want to work with me. To that end, let’s start with a video:

What Helps You Trust Others
https://youtu.be/SIW8wPqCcNA

As you can see, I’m not overly trusting of a lot of people. Of course I trust most of you who comment here (okay, no I don’t lol), but in general I like to make people earn my trust, just as I work at getting people to trust me.

In the early days of this blog, I used to add a product at the end of every blog post. That’s when I used to be with Commission Junction and I was new to affiliate marketing. I was probably familiar with 50% of the items I shared, but I definitely wasn’t familiar with the rest of it.

I was trying to appeal to the people who were coming to the blog, which means that sometimes I had things like shoes, dresses and baby items… none of which I’d ever use. It took me a couple of years to realize that wasn’t the way to go and I stopped doing that, only posting things I actually used or knew about (which is why I link to a lot of books). I also never made any money from any of those things, and I didn’t deserve to (the only thing I ever made money off was that Mailwasher Pro ad over there on the left; I still use that and yeah, you should too. BTW, this isn’t an affiliate link, but a link to the original article I wrote about the product). 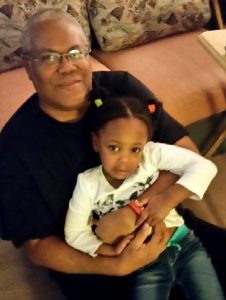 Over the years I’ve come up with my own ethics as it pertains to affiliate marketing and accepting sponsored posts (which I don’t do on this blog or my main business blog). I used to apply these standards to guest posting on my finance blog when I accepted them and, because so many people didn’t follow through on their agreements, became one of the reasons I stopped accepting them. It was way too much time upfront and on the back end that it just wasn’t worth all the effort anymore.

A phrase I hear all the time these days is “side hustle”, which basically means finding ways to make money off your blog via ads and such. Many of these folk are doing it the right way, but I also know there are folks who are doing things that they really don’t believe in because, to them, it’s all about the money; money trumps everything.

Man… if y’all knew how much money I’ve let slip by me over the years because there were things I just wasn’t going to do you might want to slap me across the face and say “get real”. Hey, if it violates my own ethics or standards I couldn’t live with myself. This isn’t a religious thing either, since I’m a non-believer in anything like that. It’s just my belief that there are way too many people willing to do literally anything for money, and I refuse to be one of those people.

Anyway, that’s me. I’m not going to ask anyone if they believe in being ethical for money or if they’re being ethical in making money because I don’t want to put anyone on blast. Instead, I decided I’m going to share some of my positions regarding my ethics, or “rules” if you will, that help me determine what’s good and not good to do.

1. If you really don’t believe in a product or service, don’t write about it.

It’s rare that I’ve written about products on this blog other than when I’ve talked about books. I did write on that Mailwasher Pro item and since I’m still using it all these years later I think I’ve proven that I really believe in it. The last product review I wrote about was concerning the Fitbit Flex, and I was as detailed as I could be about how I use it.

My friend Pete sometimes writes product reviews on his main blog, but one of the best he ever wrote was when he talked about buying solar panels for his home and all the research he put into it before deciding on who to go with. Check out this post and notice the quality of the information he give about solar panels in general and why he selected the people he did. This is the kind of quality one can give you if they’ve actually used a product or service, and he’s not even making any money off it.

If you want people to trust you, your words will come across better if you’ve actually seen what you recommend personally, rather than many of the researched reviews about products that, if you’re actually paying attention to the articles, you realize folks have never used.

2. If you accept guest or sponsored posts, have a policy and make sure people read it before you work with them.

Some of you know I’m not big on guest posting, and I don’t accept it on any of my blogs unless I ask someone to write one based on their expertise. With that said, I do accept sponsored posts on 3 of my blogs (although only one actually gets requests), but I have one rule that I stick with.

That rule is… people need to use my name in the email. It might sound petty but I’ll tell you why I have it.

I learned that my finance blog is on a lot of lists of sites that accept guest posts. I learned about it 4 or 5 years ago. This meant that, though I have an advertising policy on that blog that most people aren’t even seeing it.

I know this because most of the email I get is something like this:

My name is XXXXXX and I recently found your blog and wanted to reach out on behalf of some of my clients.

Specifically, we are interested in guest posts and sponsored posts. Is this something you offer?

If so, could you please send over more information.

My gripe is that the advertising policy is right on the main page of the blog, with the link just under the About link. It’s nice and bold, very easy to spot. That I’m always asked about guest posting or sponsored posts and what it entails when everything is written in the policy is irksome. 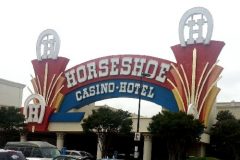 The advertising policy also tells people to write to Mitch at the blog’s email address. I do that because it’s a test. See, I’m big on responding to comments (along with 29 other things as it regards blogging), and if I accept a comment on this blog I’m going to respond to it (because unfortunately we know that some comments won’t pass muster).

Thus, I expect anyone who wants to have a sponsored post on my blog to respond to any comments those articles get. A good test to see if people will pay attention to the rules is to see if they’ve even made an effort to see if there’s an advertising policy (or guest posting policy) on a site before reaching out to the person. If they don’t, it’s easy for me to tell. After all, the rules are in the policy; it’s not like I’ve made it hard to follow.

3. If you accept banner ads, at least check out the advertisers first.

I not only accept banner ads, but I’ll accept sponsored links on posts that are more than 6 months old. That comes with two caveats though. The first is that the link has to have something to do with the article. The second is that I get to check out all links before I approve them.

I check out all links and websites. There are topics I won’t accept, so if they have blogs I check those out as well just to make sure we’re on the same page. If I’m going to link to it I want to make sure it’s trustworthy because my name is going to be associated with it. We also know the Big G is always looking at everything we do online, and even though I won’t go out of my way to please them or any other search engine, it’s stupid to intentionally antagonize anyone right?

I shared my advertising policy for my finance blog above. I haven’t added it to either of the other blogs that I would accept advertising for because I’ve yet to be asked. I have comment policies on 4 of my blogs where they’re easily seen (if not always paid attention to) just above the comment area.

I also have a way to show people when I’m linking to an affiliate product (a light blue line under the link) and this year I’ve started adding a disclaimer at the end of any article that has a link in it (I used to put a note pretty much anywhere in the post). That’s actually requested by search engines, although I’m not sure how they’d know there was a notice or not.

5. Let people know whether or not you’re providing the service

You might be trying to make money by providing services instead of products. In that case, I’m going to assume that you’re including it in your articles when you write on certain subjects or in your About page.

However, I’ve also known people who say they’re providing services, then turn around and give it to someone else to do. If you have employees that’s fair, but if you’re giving it to someone you don’t know via Fiverr or some other service, that’s disingenuous and sneaky, especially if you’re not telling people that’s what you’re going to do.

I see that often with people who contract with someone to provide articles, then pass it off to someone else and pay them way less than what they’ll be getting. That’s when quality starts to fall, and you’re going to be the one who takes the blame and gets the criticism.

Your ethics don’t have to be my ethics when it comes to making money. All I’m suggesting is that you think about your ethics when you’re ready to start trying to make money online. In person people are pretty forgiving; online, not so much. Be honest and real; that’s all I’m asking for.

8 thoughts on “Are Your Blog’s Money Making Efforts Ethical?”