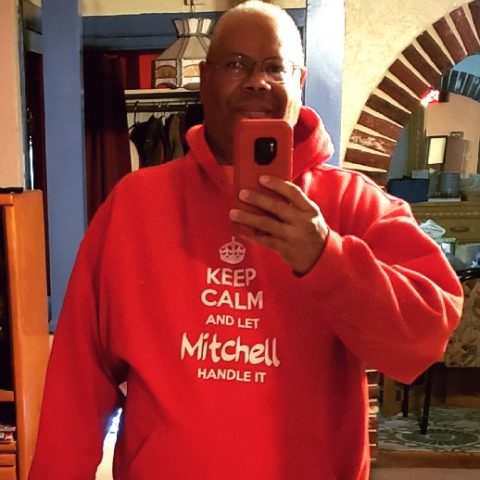 Most of you know I do a lot of writing. Writing is basically a solo occupation, whether you’re writing for yourself or someone else. Unless you’re a script writer of some kind it’s just you and your resources; that’s pretty much it.

Some years ago I was asked if I could provide some content for a site on a topic I knew well. Because I knew the guy, since I’d written for him previously, I said I’d agree to a one month contract at a reduced rate so he could get an idea of the types of things I would write, and if he and his new company found them acceptable then we would negotiate a new contract based on my writing rates.

The assignment on the other side was tasked to someone other than my friend, and I have to admit that this guy kind of immediately got on my nerve when he told me when he wanted the content. It wasn’t at the same time I’d agreed upon with my friend, and I could have ignored it. But during that period I didn’t have anything else to do, knew the field anyway, and wrote 10 articles in two days.

I thought they were pretty high quality articles, not my opinion but deep stuff, and I’ll admit I was proud of them. I was also proud at how fast I’d produced them, and felt that I had over-delivered for a client; that’s how small businesses should perform, wouldn’t you agree?

I sent them out earlier than they’d been requested as well, thinking the guy would appreciate it. Then… nothing. No acknowledgment of receiving them, nothing about what he or anyone else thought about them, and worst of all, no payment.

Because I’d negotiated with my friend, I knew he’d take care of me. Yet, it was now someone else I didn’t know, and I wasn’t pleased with how things weren’t going.

After 3 weeks I contacted the guy and asked if he’d received the articles, and then asked about being paid. He wrote saying he’d received the articles, nothing else, and said I had to send an invoice to get paid. I’d never had to send an invoice to my friend before, but this is kind of a newer business and I figured maybe that’s how they ran things. I was irked that I hadn’t been told this beforehand; it’s wasn’t in the contract… that I created!

I immediately sent the invoice and then I waited… and waited… and waited… Nothing. I finally heard from my friend, who apologized that the company hadn’t paid me and that he’d just heard about it. He said the check would immediately be coming, out of his private account; that’s not right, unprofessional of his client, but I appreciated his looking out for me.

Then came an email from this guy basically saying they wanted more articles, and that was that. Nothing about the previous articles, nothing about how many, and I didn’t like it one bit. I didn’t like it because I don’t see someone asking for more articles after not telling me whether what I’d given them was good, bad, or what they wanted. As someone who went above and beyond, I thought I deserved to at least have that acknowledged; come on, at least a thank you for what I’d done before, right?

That part, the acknowledgment part, makes me a prima donna. In a way, writers aren’t supposed to care what people think about what they write. However, business people are supposed to care, and maybe that’s where things fell apart. Too many people in business, especially those in leadership positions, don’t believe that they ever have to give praise to anyone. They feel that people show up for work and if nothing’s ever said to them and they get paid, that should be enough. They have no problems telling people what they did wrong, but telling people that they do good… nada.

I’m not that guy. Y’all know I also do leadership and motivational training, and when I wrote this article on my business blog years ago titled Why Positive Motivation Is Needed, I wrote this line: “Daily encouragement can make people feel good and makes them want to work for you as hard as they can.” Who here doesn’t believe that if you received positive encouragement on a consistent basis, especially if it was true, that you wouldn’t feel good and work harder?

This is also why we love blogging and love blog comments. Whereas there are lots of people who say it’s more important to get business than it is to receive comments, which may or may not be true, it’s the camaraderie, the recognition of our hard work and dedication to our blogs and our audience that we’d like to know is appreciated.

In a way, the want of comments makes us all prima donna’s. This is why I’m thankful when I get “real” comments on my blog’s. I like knowing that I’ve touched people, whether they agree with me or not. I’m betting you do as well.

Who else is willing to own up to their inner prima donna? Come on, you know it’s true. 😉

8 thoughts on “Are You Sometimes A Prima Donna?”