For those who have been with this blog for awhile, you know I’m a major league Harry Potter fan, both the books and the movies. With that said, let’s get this out of the way. J. K. Rowling has done a “nice” job of somewhat alienating herself with her position on a subject I’m not bringing up here. I don’t support her position, but I also refuse to cancel my love for the Harry Potter universe because of it. I didn’t throw away my Orson Scott Card books when he was found to be supporting the repeal of gay marriage in California, even though I thought that was idiotic as well. This article is only about the lessons any writer, blogger, story writer or whatever else is related to the topic, can learn by thinking about how J. K. put the entire series together. In a major way, it’s atypical of how many writers put their words together. Here and there I’ve been known to do some research, but the longest I’ve ever put into researching an article on this blog on something I wasn’t totally familiar with was 3 hours; I don’t see me ever doing that again.

With that said, I’m not sure many people have read, watched, and studied as much about this series as I have, other than J.K. Rowling herself. I read (okay, listen via audiobooks) and watch all the books and movies at least 3 or 4 times a year, in order, and at the same time (which isn’t easy to do since the movies are around 2 1/2 hours and the books range from about 8 hours to 18 hours; ouch). I also watch the movies individually whenever the urge strikes me; I think the only movies I’ve seen more than these are the Wizard Of Oz (who hasn’t lol) and Independence Day. 🙂

I’m a bit strange sometimes; as if I have to tell anyone that. I write about blogging all the time, and often while doing or experiencing something else I wonder how it could relate to blogging or social media. In this instance, I’m going to relate 5 blogging lessons I’ve gleaned from all this stuff concerning Harry Potter, whether it’s in the books, movies, or elsewhere, that can help bloggers or writers be better at their craft. Here we go!

1. Research can help bring more meaning into what you’re doing.

One of the things that I found fascinating about the Harry Potter books were the names of every person and everything else most of us have never heard of before. It seems that Ms. Rowling took a lot of time studying the etymology of names that she used for her characters and beasts.

Almost all of the names used for characters in her books have meanings that fit their personalities throughout in the series. While most of us that try to write fiction (gave it a shot; failed miserably) might pull a name out of our heads that we like, hers had more meaning, and I bet there’s a large audience that was pulled into her writing because of that.

When we blog about topics that we know or might be on the fringe of our knowledge, a little bit of research can help us stay on point and protect us from making a major mistake. I used to do that when I had my finance blog since I wrote on a lot of topics that I knew something about, but wasn’t close to being an authority on. That’s also why I’ll sometimes link to a reference on all my blogs if I think someone might want to know more about the topic or the word. It never hurts to try to not only get it right but help expand some knowledge about a subject.

In this case I’m talking about the cast of the Harry Potter movies, though the books do something similar. Over the course of 11 years making 8 movies from 7 books, they were able to retain 75% of the actors in the series, which is phenomenal. Not just major characters either, but many secondary or fringe characters, integral to the story line or not. Watching the movies over and over, I’ve noticed faces in the crowds that my mind recognizes from previous movies; fascinating stuff.

The books offer the same type of thing. I began my Harry Potter journey by consuming the 5th book, Order Of The Phoenix, because I didn’t know that the books were in order. I was really confused, but when I read the first book I caught up fast because most of the characters were in both books and, as it turns out, many were in all the books, and going in order filled in everything I’d missed.

For blogging, people call it “niche” writing, which isn’t a bad thing to do when you’re trying to reach a particular market. Of course this blog isn’t niched per se, but what I hope I’m doing is writing in a fashion where, for the most part, people get comfortable with my overall style. Sure, I change it up from time to time, but even the Harry Potter movies had to change Dumbledore’s after the first two movies. 🙂

With that said, the 3rd movie, Prisoner of Askaban, made the least amount of money out of all the films (though, at $789 million, it was hardly a flop), probably because it was a drastic departure from how the first two movies were made. They brought in a new director who didn’t read the book, a new Dumbledore who didn’t read the books, and a style that was off-putting and darker than the other movies. It took me a while to appreciate the movie, and it was only because of the book that I gave it enough chances to finally help me like it more. Breaking away from your norm isn’t always a bad thing, but continuity from a loyal audience isn’t always something one should mess with. 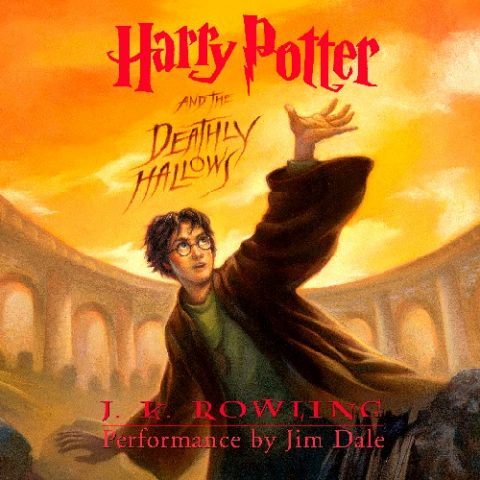 3. Each book and movie is as long as it needed to be.

With each new Harry Potter book, the number of pages got higher and higher. Each movie was at least 2 hours, and if you count the last two movies as one movie it reached more than 5 hours (eventually surpassed by the Lord Of The Ring movies). Yet, for the movies there were things that had to be taken out to keep the movies, well, watchable and under control. Whereas someone like me would have loved watching 6 hour movies each time, the masses would have felt like they were in history class and tuned out.

In books, you can have many side plots that help the story move along because it gives us something extra to keep our minds invested in it, but it’s much more difficult to pull that sort of thing off in a movie (which might explain my problem with the Eternals movie; just sayin’…). Still, the breadth of the books meant that the movies had to be longer because even addressing just one major plot took a while to get through. Things were left out, but the essentials were covered, even if some of us wanted more.

Those of us who write about blogging often eventually get to the topic of how long or short blog posts should be. Sometimes a person makes a recommendation, while other times the person will say that it’s up to each individual blogger. I touched upon that in my article about blogging beliefs in my first point. What the Harry Potter series shows us is that if you can get people engaged in what you have to say that it won’t matter to them whether it’s 300 words or 3,000 words, or whether the movie is 90 minutes or close to 180 minutes. Create a compelling story, cover a compelling topic, and people will not only read it, they’ll come back for more.

4. Sometimes being the lone voice is lonely, but you might be right.

Many times throughout the series Harry Potter speculated on things that others just weren’t ready to believe. Even his best friends sometimes couldn’t see the truth the way he could. He didn’t let that stop him, and invariably he’d end up being correct (well, twice he wasn’t, but that’s not bad for 7 long books lol). However, even with his scrutiny he did get one thing wrong (kind of, in the last book) which was planned so he could eventually do the right thing to save lives, and he made up for it by giving his youngest son that man’s middle name (if you haven’t read the books and you miss this reference, that’s on you lol).

It takes guts to blog about something you believe is correct, yet feel others might not agree with. Sometimes it’s in the delivery, sometimes it’s in the research (see #2 above), sometimes it’s a gut feeling based on your perception of the information you have at the time. We all have to be willing to stick to our guns in our beliefs, while at the same time be ready to acknowledge when we might be wrong because of a misconception or a belief in something that turns out not to be true, something I addressed in a post on my business blog some time ago.

5. When the chips are down, or the situation is important enough, if you’ve built up a community they’ll come to your rescue or fight on your side.

This is ultimately what happens in the Harry Potter series. With overwhelming fear of being killed, many students decided it was worth fighting the bad guys rather than allow known killers to rule their lives going forward. Others eventually came to help out, much older than the students, and a lot of people got killed. Yet, in the end what had to be done was completed and everyone ended up better for it.

When you build a community through blogging there will always be those who will come to your aid if someone decides to challenge you in a very negative way. It’s amazing the good feelings one can earn from people they’ve never met in person by being consistent, fair and friendly. Negative thoughts and feelings can be powerful and hard to overcome, but good feelings bring people together and always seem to win out eventually.