With the first post of 2017 I thought I would talk a little bit about something bloggers can do to make money on their blogs. That would be accepting advertisements. If your blog is popular it can be quite wonderful and lucrative, but it can also be dangerous and bad for your blog. Let’s try to take these one step at a time, since there are many things to consider. 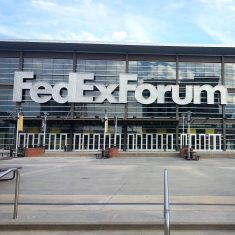 The first is their relevance to the content of your blog. For instance, there’s a local bakery in town called Harrison Bakery and I happen to like some of their products… a lot! If I went to them and said “Hey, would you like to advertise on my blog”, and I was talking about this blog, I might have some issues with search engines (y’all know who I’m talking about lol).

The reason I would have problems with search engines is that this blog has nothing to do with food or baking and that could be seen as someone buying paid ads on the blog. Obviously that’s what it would be, and that’s what all advertising is, but because there’s no relevance to the content on this blog then that would be problematic. I know the dangers in that because back in 2009, Google took away my page rank (anyone remember that?) because of the text link ads I was accepting, which were paying me a lot of money, and once that was taken away the advertisers stopped coming, I stopped making money, and put through a request to get my page rank back… which took 6 months.

Of course it’s not that I couldn’t link to the bakery anyway, but let’s look at this in a different way.

I actually have a local blog, and since the bakery is local, in general that type of thing should be legitimate for advertising purposes. Unfortunately, the search engines would have no idea that my blog is specifically a local blog (even though I’ve been optimizing it in that way for years), and they wouldn’t pick up on the relationship between the local business and that particular blog. That means I would have to add nofollow tags to the link or banner ad, which wouldn’t surprise me one bit, but if the advertiser was savvy it might make them a bit reluctant to advertise with me.

However, I did link to them in this post; kind of. I linked to their Google Plus page, which is allowed by all search engines and probably ignored as well. I could have linked to their site if I’d added the rel=nofollow tag, but I decided to go through the other route; I couldn’t tell you why now.

The rules by the Federal Trade Commission, which we have to deal with here in the United States, says that if we have any kind of affiliation with a business, or if someone sends us something free, and we write about them and it’s favorable, that it must be disclosed up front, especially if we get paid. I’ve always disclosed when someone has given me something free, although in my case it’s always some kind of book, of which the last one I reviewed that I got for free came from my friend Rasheed Hooda called Life: It’s A Trip.

What if it’s your own product you’re advertising? For instance, 4 of those things over on the left are products of mine, and I advertise something on 4 of my blogs and my business website. Do the search engines know they’re all related to me? Could I get in trouble?

It turns out they do! I’ve registered all my sites under my name via Google Webmaster Tools and Google Analytics. I also attached all those properties to my two Google Plus accounts because I didn’t want to take any chances, and I’ve done the same thing for both of my YouTube channels. You know what else? Since I have all of my sites on the same account via my hosting company, they all share the same IP address; winning! 🙂

Next, let’s talk about those folks who want to write guest posts for you and link to another company; should you accept those posts, especially when they don’t want the links to be nofollow? That answer is “no”, but it comes with some caveats.

This is different than people who want to write a guest post for you with the intention of sending traffic back to their site. Accepting guest posts can help build up the traffic on your site and if you’re up for the editing it can become a win-win for both parties. In that case you might want to weigh whether or not you want those posts to have the nofollow tag or not, but if the website isn’t overly prominent and is a blog instead of a website, you could get away with adding a link without any further attribution. That’s because there’s no money involved and no trading of services.

If it’s an actual website and it’s not related to your blog’s subject… well, that could end up being pretty dicey, and either you or they risk being penalized somewhere down the line (y’all remember all those letters asking you to remove links from your blog?).

The last consideration is traffic… but it’s not always a lot of traffic, and if you’re savvy you might figure out a way to get around the search engines and still make a good amount of money. For instance, in my post last year when I was talking about going to the Blogging While Brown conference, I linked to one particular fashion blog of one of the presenters at the conference.

Based on traffic numbers, the blog might be considered a failure by many regular bloggers. However, they gear it towards their particular local audience, they do almost all of the modeling, and they get out into the community and market themselves to the extent that they’ve become fashion consultants and make most of their money off that than with the products they market. Even if the search engines de-listed them, they’d be doing just fine because they’re not as reliant on social media as the rest of us might be, thus they can break the rules and not have anything to worry about; that’s kind of cool, right? Then again, though they have advertising on their blog, they rarely add links to those folks, so once again they’re getting away with murder, and looking good while doing it. 😉

One of my considerations for this year is making a better income via all the blogging I do. I only make money off one of my blogs at this juncture, and not all that much. It’s not as easy as the “experts” make it out to be, and one of the most honest and revealing articles about this was written by Ana Hoffman of Traffic Generation Cafe, which I recommend you read, because no one knows more about generating blog traffic than she does.

My plan is to do more writing, more promoting, and contacting more potential suitors for my services in 2017. As an independent business, it’s all on me to decide how I’m going to generate income and how much, and I can’t tell y’all anything if I’m not doing anything.

Take into the account the things I wrote about above and give it some serious thought. Then get out there and make 2017 your most successful year ever!

6 thoughts on “Accepting Advertising On Your Blog – Wonders And Dangers”