There’s a lot of great relationships to be made via social media. I’ve met people from all over the world who I can talk to at any time and have great conversations with. It’s always possible that I could potentially do work with some of them, and I’ve hired people from other countries here and there to handle some of the small things with either a website or blog that I wasn’t in the mood to do or didn’t have the time for. 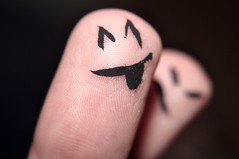 As with anything in this world, there’s a whole lot of mean people also. Sometimes, the mean people are actually pretty nice most of the time, and then suddenly out of nowhere they look like they’ve just lost their minds for one reason or another.

Or… some of them are trolls, who are mean and nasty just because they can be. I addressed how to deal with trolls in this video:

Unfortunately, you don’t always know what will trigger someone into being mean. Over the years, I’ve had people show their mean streak on things I’ve posted that had nothing to do with them. Other times they internalize something you’re written as though you’re talking about them personally. If you saw them every day and wrote something that might make sense (don’t do that lol). But I’ve had people get mad at me when I’ve written commentary about parenting without knowing that they might be parents.

You know what? Sometimes the truth hurts, yet we all need to be ready to deal with the truth. Years ago I posted something on Facebook that looked like a case of racism that occurred in Arizona. One person, who didn’t live in Arizona and had no reason to comment at all, decided it was racist of me to post such a thing without knowing all the details. The argument made no sense whatsoever because I hadn’t made any commentary on it, though I certainly could have, and whatever her trigger was prompted her to need to comment on it; no idea why.

Then there’s a guy I’m connected with on Facebook who’s kind of a passionate person. Every once in a while he gets something in his head that just consumes him and he starts writing in caps to make his point. That’s known as flaming in the online world, and it’s frowned upon almost everywhere you go. I finally asked him why he did that because it made him look like he’d lost control, wouldn’t ever make me see things his way because of the delivery, and that he needed to learn how to calm down because almost nothing in this world is that serious.

Over the past few years, I’ve posted some direct and, well, not quite harsh but my reality, on social media sites. A lot of it has been related to racism, because things needed to be said. Some people don’t like it because they don’t want to believe it; however, as it’s me and I’ve built my reputation talking truths that people might not want to hear, I almost never get negative comments on this topic any longer.

Why am I mentioning all of this? I always advocate that almost every business should have an online presence. I say that social media can bring both joy and business. I’ve also stated that one needs to be careful in how they say certain things if they decide to be controversial; if you dish it out you have to be ready to take it. I always choose my words carefully; even so, you never know how someone else is going to take it, let alone respond to it. 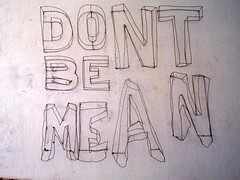 Sometimes you can post something relatively innocuous that gets negative attention by someone, even if it’s something positive. When that happens you have some choices to make, and some of those choices are better or worse than others.

You can decide you don’t want to be on social media anymore and go away; that’s never good.

You can decide to fight every single person who disagrees with a position of yours. Sometimes you have to do it, but other times you can ignore those people.

You can decide to make sure you never say anything to upset someone. The problems with that are: one, you never know what will trigger someone; two, if you go out of your way too much your online presence is going to be boring; no one will want to read anything you have to say.

You can decide to call people out, bash them on your blog and throughout social media, post copies of everything you can find on them and try to ruin their lives. You might succeed but you’ll also fail because people will know if you can do that to one person you can do it to anyone, including them.

You can act like it never happened and continue doing what you’ve been doing. Sometimes this is the way to go, but as I said above, you might have to take some kind of stand or even think about deleting comments and such, and then deal with that as an issue.

Overall, there’s only one right answer, and it ties in to all of the above. You should always take some time to think about your response before making it. I’ll admit I’m not always good with this, but I’m good at least 95% of the time.

You shouldn’t make decisions too fast unless you’re prepared for someone to dislike what you had to say, but you also shouldn’t wait too long to respond. Whether you know it or not, people are watching. If it can affect business in any way, making the best choice possible needs thought behind it. However, if you feel it needs to be said, take a stand and be ready to back it up.

Are you scared? Don’t be. Sure, bad things can happen, but for the most part if your goals are pure, you’ll be just fine.