Have you ever heard of something called the Reserve Index? Truthfully, unless you’ve been online for at least 14 years you probably haven’t. I learned about it back in 2003, and every once in a while I go back to it and do the test again. 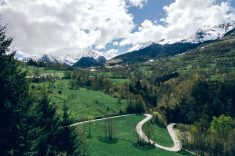 In essence, it’s a self evaluation form to help you determine just how comfortable you are with your life and ideas based on the questions you need to answer if you can, of how you can improve your life even further for your peace of mine. Some people seem to be scared of doing self evaluation; y’all know I’m not one of those people. I also believe no one should be scared of things like this, since you’re probably the only one who’ll ever see it.

The first time I took this test, I only scored 8 out of 100+ possible points, which was disheartening. A year later, I was able to reach a score of 27, which was a significant improvement. I took it two years after that and only scored 11, then again 3 years after that and and only managed 18 positive points. The scary thing is that I also passed it out to a number of my friends when I originally took it, and only one scored higher than I did. That’s pretty sad… or is it?

The test consists of six regular categories and one bonus categories, basically giving you the opportunity to write in something that you feel improves you life that hasn’t already been addressed. Not all of the questions will apply to you as far as your happiness goes. For instance, there’s a point about multiple vacations out of town, and that’s something that would never interest me, so I’ll never get that point; I did that type of thing for work, and I’m keeping my hopefully as happy as possible behind right here in central New York! 🙂

Let me clarify a few things here. As I mentioned, everything on this file isn’t going to be showing everything you’re interested it. No one’s going to reach 100 unless they’re lying; yeah, I said it! lol The general idea is for you to learn more about yourself and your current life. If you’re good with what your responses are, then move on with a good life. If there are things here you’ve never thought about and want to improve, this is a bit of encouragement to try to get there. Even that form says that if you end up between 20 and 30 that you’re probably doing well in your life, but don’t let that freak you out if you score lower than that.

I debated myself on whether or not I was going to share my score this time around; after all, I’ve had a rough last 15 months, so I was prepared to be somewhere around the lowest score I’ve ever ended with. However, this time around I’ve topped out at 15… not the 20 or 30 range, but I see things I want to work on as well as things I’m going to ignore like I’ve done previously. Tell the truth; how many of you actually receive letters from 10 friends on a consistent basis these days? 😀

Anyway, here’s the link to the Reserve Index pdf file, which is on my business blog, as that’s where I initially talked about it. I’d like you to take the Reserve Index test, evaluate yourself, and, if you feel comfortable enough, come back here and share how you did if you’re up for it, and how you felt about where you place. Come on, you have nothing to hide. As an addition, maybe talk about it on your blog and share the link with others to see if they want to try it out.