I’m always telling y’all that I read a lot of blogs. These days I feel like I’m the only one, but it helps give me inspiration for things to write about. Unfortunately, sometimes it’s because I think the article is bad that I feel I need to comment on it. 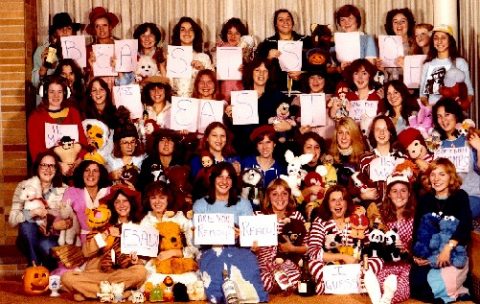 These ladies knew how to drive traffic!

Someone shared a post on Twitter giving 71 tips on how to drive massive traffic to your blog. I already had a bad feeling about what I was going to see, but I decided to take a look anyway. After the first 20 tips, I decided to jump through the next 51 to see if anything stood out that actually told people how to drive traffic to their blogs. There wasn’t a single tip on how to do it… we call that clickbait.

Instead, the article should have been titled “71 tips on how to possibly make your blog successful“. There wasn’t a single tip on how to possibly drive traffic to your blog. I know that because I’ve been doing this stuff for about 15 or 16 years. I had some very good success in the early years, but once Google’s Panda slapped me down while I was consulting in Memphis this blog started to falter and I’ve never recovered, even though Alexa says I’m in the top 650,000 websites in the world right now, and I’m not going to gripe about that.

People who tell you to write in specific niches also can’t give you any tips on how to drive traffic to your blog because they’re probably telling you to write in the same niche that 100,000 people are already writing about. It’s going to take a lot more than a niche to help you break through that many competitors.

Having said all of that, I might have given that particular blog post, which I’m not going to link to, some kind of credit if it was new content or told in a different way. Instead, it looked like the combination of a thousand blog posts I’ve seen before, where the author just took bits and pieces from what other people had written and posted it into one article. At least if you’re going to steal ideas from other people try to be creative about it.

Do you want the truth about how to drive massive traffic to your blog? I can give you those tips, but you’re never going to do it. Why? Because it involves a heck of a lot of work and dedication, and frankly, unless you’re living at home with your parents who have a lot of money, and you have a lot of time on your hands and don’t have to worry about paying bills, it’s not going to happen the way you think it is. True, there are some people who have been able to break through the noise, but very few of us actually get that high on our own. 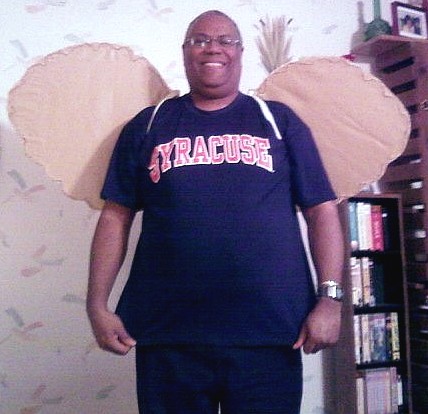 Not getting very high with these wings

I say that because the first tip is to write a lot of content every day. In other words, an article a day that’s between 500 and 750 words isn’t enough in today’s world. You need to have content that’s between 1,000 and 2,500 words a day to make a dent in the blogging traffic, and then you need to write two more of those every single day.

The reason for that is that the more content you can put out on a daily basis that’s not all contained in one article, the better your site has of being picked up on the search engines and helping your blog to grow. Then again, you can get away with only one blog post a day if each article is massive, which is Neil Patel’s way of doing things (which is brilliant by the way; then again, he’s got a team helping him).

The second thing you have to do is be willing to promote each one of those articles on social media platforms. At this point someone’s probably screaming “create an email list”, but how are you going to get people to your blog to possibly join your email list without promoting your content?

Many people think that Facebook is the place to go, but Facebook suppresses the number of people who get to see your content unless you pay them a significant amount of money. Therefore it’s better to do it on a site like Twitter, where you can post an article multiple times a day as long as you can figure out new ways to headline the article before you do it.

Twitter doesn’t like when you post the exact same thing multiple times a day if you don’t make any changes to it. For instance, every new article I promote on Twitter, the most I promote that article in one day is three times, which is the day it’s published, and two of those times I have an introductory sentence before I post the title in the link.

The third thing is to try to find other outlets where you can post other articles (yes, more writing) to help direct people back to your site. Depending on your topic, LinkedIn is good for that. I know some people who use Medium for that, but since I’m already writing a lot of content I refuse to put it on another platform for free.

The fourth thing you can try to do is find ways to write guest posts on very popular blogs. I hate telling you that because I’ve only ever written a guest post when I’ve been asked to by people I knew well.

The problem I see with a lot of people who guest post is that not only are their articles not all that good most of the time, but they almost never go back and respond to the comments those articles get. I don’t know how they think that’s helping them any, because trust me it doesn’t help one bit.

There are a few other tips that I could give you, but I’m going to stop there because I’m not going to do all the work for you. I will say that if your content is compelling and your marketing is creative that you’ll have a chance to get your blog more traffic and be successful with your numbers. Just so you know, some years ago this blog was ranked by Alexa at around 4 million, and even though I’m not writing as much new content as I used to back in the day, I’m writing longer articles and I promote well on Twitter, not just new articles but articles going back a number of years. It always helps to keep your name in front of the eyes of new readers

That’s all I’ve got for you. Let me know your thoughts.