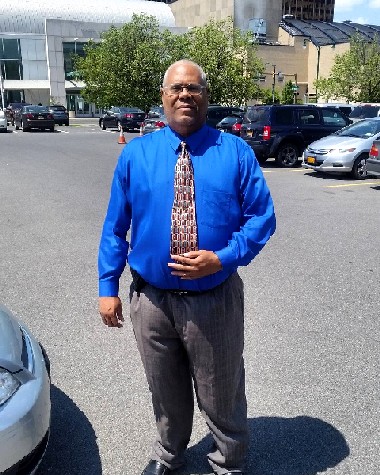 My thought about it has always been that you don’t need total accuracy as much as a random idea of how well your site is doing when compared to the rest of the world. We used to get that via blogging toolbars that gave us a lot of information at once, but unfortunately those days are gone; sniff!

I’m not going to lie; Alexa made me feel pretty good. It’s ranking my blog around 353,000 in the world; based on an estimate of more than 500 million blogs in the world, I’m not scoffing at that! Considering that my business blog is sitting around 4,300,000 or so I’ll keep my smile for a little while.

Being in the top 1% should be seen as a great achievement, wouldn’t you say? Well… it’s not bad, but it’s not great either. It’s not even close to elite. It’s good for what it is, but definitely not good enough. Why?

One, the blog doesn’t generate any revenue. It’s had its day, but that time’s passed. I don’t have enough consistent traffic or comments. In the last year, I had one post that got 72 comments, and another that didn’t get any; ouch! The one that got 72 comments was a one-off, as I was trying to prove a point and kept a lot of horrific comments to prove it. Throw that one out and my most commented on post had 31; and all of them include my responses.

We have to face the fact that the world of blogging has definitely changed since I started back in 2005. It used to be about the written word and making connections with others. These days, blogs with only images or products being sold might beat you in one way or another; the written word isn’t dead, but it’s dog paddling.

With that said, there are some very successful blogs, some of which need an expansion of thinking to consider them blogs based on old standards. Heck, these days a lot of women on Instagram are calling themselves bloggers when all they have are pictures of them in bikinis (I’m not hating; they have hundreds of thousands of followers, some of them millions).

I’m excluding sites like Instagram in this instance; let’s talk about sites with actual written words, since that’s still a prominent thing. What does it take in today’s world to be really successful, and what can we do about it.

In my opinion, there are two overriding things that can help a blog be successful. One of them is probably out of the hands of almost all of us. The other is possible, but unwieldy; let’s take a look at my perspective.

The first way to have a really successful blog is to already have a prominent presence in the world. It doesn’t have to be as big as Tom Cruise or Halle Berry, but it does have to be somewhat well known. One of the most prominent blogs belongs to Seth Godin, which I’ve only ever visited twice (the 2nd time today since I wanted to copy the link lol). He writes about a lot of things that people are drawn to, yet he doesn’t accept comments, which is contrary to my beliefs in blogging. Then again, if I got the kind of traffic he got, would I do the same? It’s an interesting question; I’ll have to think about that a bit more.

The second is to have a blog with multiple writers and multiple articles. The most successful blog of all time is Huffington Post. It’s in the top 20 sites in the world. Not only does it have multiple writers, but it has multiple articles on a daily basis. I don’t know if they’re getting paid now, which might change things, but it was greatly popular a couple of years ago when they weren’t getting paid, so I doubt payment is what most of the writers care much about.

On a smaller scale with the same idea is Harleena Singh’s Aha! Now blog. It’s grown massively since she first started, with lots of writers, lots of topics and definitely lots of visitors. I don’t know how successful it is monetarily, or whether she has help running it, but Alexa has her blog ranked around 104,000; very nice!

Here’s the thing to consider, which I’m saying before anyone else does. The idea of “successful” differs with each person either doing it or visualizing it. For instance, I could call myself a successful blogger because my business blog will reach 16 years in February. But if few people are reading it, let alone commenting on it, does it qualify as successful across the board?

I could also call myself a successful blogger based on how many articles I’ve written on all of my blogs and the blogs of others over all these years. I’ve even made money off blogging, though right now most of that is gone (unless some of y’all check out the couple of products I promote over there on the right; go ahead, I won’t judge lol). I even have a famous name, though I’m not the one famous for it (curse you John! lol).

Heck, let’s call it what it is. Based on longevity, creativity, and experience, I’m definitely a successful blogging. Based on monetary history, visits, rankings and publicity, I’m not “really” successful. But I’m moderately successful, and I’m good with that for now. If I change my mind, y’all will be the first to know. 🙂