There have been guest posts since I started real blogging over 14 years ago. Back then they actually used to mean something; these days they’re mainly throwaway pieces that don’t actually say anything. 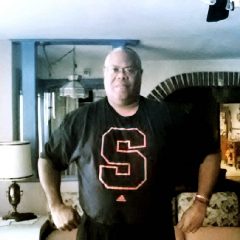 standing up for principles

The same goes for posts where someone’s asked a bunch of experts their opinion on a topic and asks them for 3 things they’d recommend to others. It’s grown a lot since the first posts showed up about 10 years ago but I have the same gripe about most of them. Once again, throwaway pieces that don’t say much of anything. I’ll explain more about this in a minute or two.

I’ve partaken in doing both of these things. I’ve written guest posts for people who’ve asked me for one, though I only wrote two last year. I haven’t participated in all that many expert posts, probably because I’m not asked to play with the famous people all that often. They’ll probably be the last guest posts I ever write, and I’ve probably participated in my last experts post. I’ll tell you why… starting now.

Let’s start by talking about guest posts. Almost 2 1/2 years ago I said I probably won’t share guest posts from people’s blog and I gave a few reasons why. The third point in that article is my main reason for not wanting to share those posts any longer; the writer’s almost never respond to any comments left on those posts, and that’s quite irksome to someone like me.

Recently I did an experiment where I commented on 5 guest posts I decided to check out. Two of them were written by someone I already knew; the other three I had no idea. Want to guess how many of those folks actually responded to my comment? None!

Some of you know how I am; I never write fake or lousy comments when I have something to say. I don’t always agree with every point the author’s made, but even if I do I try to add a little bit of value to my comments, especially the original one. If I return because I want to follow up on a response my comment got, that one might not be as eloquent as the first, but I try to give people a reason to reply to me.

Earlier this year I implored blog owners to approve comments and respond to them, especially if they’re moderating comments because they’re worried about spam. My point of view is that you’ve wasted my time twice by not doing so; I wouldn’t have read your post if I knew you weren’t going to respond to my comment and I certainly wouldn’t have bothered coming up with something pithy to say. I hate being ignored in other spaces; I get ignored enough on my own space. lol

Whenever I’ve guest posted anywhere, I’ve gone back to see if there were any comments on that post. Even though it’s never translated into visitors coming to my site (like leaving comments does), I’ve always felt that I owe someone the courtesy of responding because they took the time to not only read what I’ve written but had something to say about it. I tend to be a major proponent of common courtesy; at least on that front I was raised right. 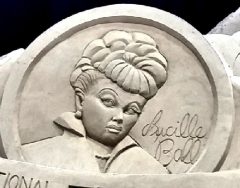 Mean Lucy ain’t playing at many guest posts from this point on. It would have to be from someone I know well and know they’ll respond to comments from others on those other blogs. Why waste my time sharing something that shows I care more than the person who wrote the article?

That brings us to the “experts” articles. I have a few problems with them, so I might as well get them out of the way; let me count them down:

1. Almost no black people. The few articles where I was asked to be an authority on, I was the only one there. I’ve noticed this as a pattern for all the articles I’ve seen over the years; only one of us, as if that’s our quota. The truth is that most of the time the blog owners are white and they don’t know all that many black bloggers; I know that because I’ve asked here and there and it’s always the answer (along with “I didn’t consider race, I only considered people I thought would be interesting”; yeah…).

2. Scattered types of answers. When I was asked to name 3 things about anything, not only did I give 3 things but I gave explanations of those 3 things to be thorough. Most of the time people will list 3 things and move on. Sometimes the mention 3 things that have nothing to do with the topic, as if they didn’t understand the question. At least the people on the last expert piece I was a part of, which was on Lisa Sicard‘s blog, actually had something to say. It’s too bad that post didn’t get any comments; those were some folk who probably would have responded to them.

3. None of those experts come back to see if someone commented on what they had to say. Hmmm, this looks familiar. I know this because I keep a list of blogs I’ve been to or been “on” for at least a couple of months afterwards to make sure I can respond to anyone who might have something to say based on my contribution. It’s never happened for me but it’s happened for a few other experts… who’ve obviously moved on and probably didn’t even remember commenting on anything.

4. Because I’m not on the list. This might seem petty, but you already saw what I wrote for #1. Even if there’s already one black person, are you telling me there’s not room for another? I’ve written one blog for 14 years, this one for 11 1/2 years. I have about 6,000 articles online and off and I’ve written 3 books; surely I have things to say that might be helpful. However, since I said I wasn’t doing any more of these types of things, I’m not going to be on any more lists (unless I know and trust the person), which means I’ll have no reason to share them.

It’s possible I’m being overly sensitive on all of this or not thinking big enough about its benefits… but I doubt it. If you agree, let me know; if you don’t, convince me.