I didn’t write anything last week; well, that’s kind of a misnomer. I wrote an article for my accountant’s blog, but that’s it. I decided to take a week off to get my mind straight and come to grips with a problem many of us bloggers have… that being some of the comments on our blogs. To better describe it… I’m going to start with a little story. 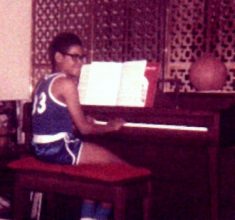 I played piano from the age of 10 until the age of 40. It was a pretty interesting 30 years that started inauspiciously enough and ended with a standing ovation.

In the early years when I played piano, nobody wanted to hear it other than myself. Even my piano teacher (lousy as she was) didn’t want to hear me play. My mother forced me to practice at least an hour a day, but she would go upstairs and turn the TV up really loud so she didn’t have to hear me play.

That was okay with me because it left me alone to play things I wanted to play rather than my lessons, and Mom rarely paid attention. I could play Beethoven all day if I wanted to, since it’s the only music I wanted to play at the time. These were the years before I discovered pop music other than the Jackson Five; I was so far behind in my musical knowledge.

What I didn’t like was that whenever my parents had people over to the house, Mom would always want me to play for them. But when I started playing, she would talk over my playing throughout the entire song I would be performing, getting louder as I tried playing louder. Sometimes I’d stop in the middle of a song to see if anyone noticed. They’d applaud politely and I’d finally get to go upstairs and resume my teenage life.

I always hated that, because I wondered why someone would want me to play and then not sit there and listen to it. It’s the major reason I never wanted to be a full-time performer, because that happens most of the time and my ego couldn’t really handle it. I’ve met a lot of professional musicians in my life (I worked at a music store & used to know a lot of local musicians in my early 20’s) and talked to them about it. They said they got paid whether people listened or not and they were good with it.

I wasn’t good with it. I performed in one talent show in college where no one noticed I’d forgotten the chorus (until they watched it on TV; ugh), and I played in a couple of recitals where people had to listen, but most of my early life I played for no one but me, writing my songs and singing to my hearts content. I never performed in public until I accidentally became a wedding singer.

Talk about a life changing event. I sang for couples during church ceremonies, although I wasn’t close to being religious. I sang love songs and religious songs. Sometimes I sang 2 or 3 songs, and once I sang 11 songs (Catholic service; I was surprised they let me sing a few secular songs as that wasn’t the norm). 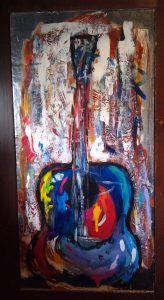 Because I sang during the ceremony, people pretty much had to listen to me. It might seem a bit egotistical, but forcing people to listen to you means they appreciate the time and effort you spent rehearsing just to be able to perform in front of them.

After 14 years, and just after my 40th birthday, I decided I would be singing at my last wedding. The best part of it was that I was going to be performing a song I’d always said I wanted sang at my own wedding. I’d written it in the early 80’s (titled We Are Love) and it was based on Beethoven’s Pathétique Sonata, the 2nd movement. It was going to be the last song I ever performed and I wanted it to be special.

I rehearsed all the songs I was going to be performing quite a bit for two weeks. It was hard to do because I was working a full time job which took me an hour’s drive each way every day, and I was in two bowling leagues. I also had to find the time to go see a friend of mine who was a voice coach because I also performed All I Ask Of You from Phantom of the Opera and needed some help in figuring out how to hit the high notes.

The big day came and I was fully prepared for my last performance. It would also be the first time my wife heard me sing and play at a wedding. Even though the wedding was for someone else, I felt like people had come to see and hear me also.

I did my four songs, which included hitting every note in that Phantom song, and felt my energy level rise when I was playing my final song, the one I wrote. It felt pretty magical and when I was done I actually felt a sense of relief that it was all over…

How does this relate to blogging? Let me tell you how… 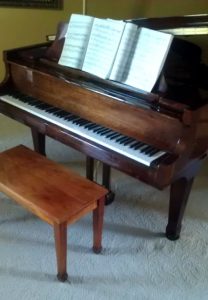 Most bloggers write because we have something to say and we’re hoping people will listen, aka read what were writing. Whether we’re teaching something, offering our opinions, or just trying to be entertaining, we write for ourselves but we hope people will appreciate what we do.

Some people spend a lot more time than I normally do putting their articles together, whether they’re putting them on their own blogs or writing for someone else. We all have the same initial goal in mind, that being to have readers appreciate what we’re doing and offer up some kind of provocative comment.

Almost all of us want blog comments (not Seth Godin lol). We want to know that we’ve touched somebody, positively or negatively, and that they not only appreciate what we have to say, but understand it. The acknowledgement that we did something special, putting our hearts and energy into it and inspired you to write a comment on our topics gives us the catalyst to keep writing and producing new content for our readers and fans.

That’s why we get disenchanted when we either get a lot of spam or a lot of comments that aren’t quite up to snuff. Spam is bad enough; lousy comments are demoralizing.

By that, I mean something like a one-line comment to an article that’s over a 1500 words. Another gripe is a slightly longer comment that never mentions anything that was written in the article. Both of those things are not only frustrating, but a bit insulting.

My last post about the readability of one’s blog actually got a lot of comments. The problem is that many of them were fake and lousy comments. Half of the comments were one liners that somehow passed my spam filter and didn’t mention anything showing they even knew what the article was about. The other half were longer but were general comments about the topic and nothing about the article… it’s fairly easy to tell.

There were also a few comments that I allowed to stay that were pretty borderline. Something I do that I’m not sure everyone does is to check out the links to see the type of writing there is on either the blog or website at the link they’ve shared. If it’s written at a higher quality than the comment that’s been left I immediately assume someone was paid to leave the comment and delete it. If the quality matches the comment I leave it be, with the understanding that not everyone knows how to write but they gave it the ol’ college try. 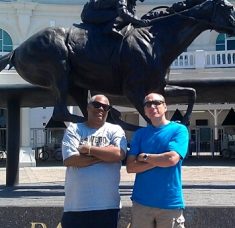 I’m one of those people who ends up deleting a lot of comments from every article I write; sometimes I just remove the link they’ve left, knowing they’re never coming back (they never do). It’s almost too easy to know they weren’t interested in the article as much as to improve their search engine status by granting themselves a backlink. I figure it’s not my role as a content provider, aka blogger, to help promote them when they are not really interested in what I have to say.

I like to think I’m a pretty good commenter. If I’m going to take the time to comment it means there was something in the article that compelled me to say something. I never leave a one line comment unless I’m leaving a return comment to a question or comment from the person who wrote the article; my first comments are usually pretty good… sometimes overly good, as the last blog comment I left ended up being more than a thousand words (I’m going to eventually turn that comment into a blog post on one of my other blogs lol).

No one wants fake or lousy comments on their blog. Yet, lots of people leave them because they believe other visitors will judge their content by how many comments it has. I understand that; I just don’t live it. My policy is, and always will be, that I will evaluate comments to see if they pass the fake and lousy test. If not… they’re gone, even if it means my articles might not have many, or any comments whatsoever.

This post is a test. It took 863 words to tell my musical story, and when I’m done here I’ll have written a comparable number of words talking about blog comments. The test is to see how many comments I get that talks only about the music and not the commenting, since that’s what the post is actually about. I’m not even worried about all the comments I’ll get that’ll say “nice post; you covered this topic well, I can’t wait to see what you write next” or something to that effect. Y’all won’t see any of those comments; you can thank me later. 🙂

30 thoughts on “Fake And Lousy Comments”