I’d like to share a couple of mentions I got this week, both on the same day. The first was from a post by my buddy Steve Borek, who credits me for convincing him to start blogging, titled The First Step Is The Hardest To Take. The second is from Ileane Smith‘s site Basic Blog Tips, where Lisa Sicard wrote a compilation piece based on advice as to why Twitter is great for marketing titled Twitter For Blogging – 15 Reasons It’s Proven Powerful. Go check them both out, as both articles are excellent. This coming weekend I’ll be going to my first ever non-medical billing conference. It’s called the Blogging While Brown, and it’s a conference for people of color who blog, this year being held in Washington D.C. I’m hoping it’s a lot of fun and educational at the same time, and my buddy Yasmin Shiraz is the only person I definitely know who’s going to be there.

Some of you might ask why there’s a need for a specific conference for people of color. After all, aren’t we all supposed to be one with each other?

Actually, that would be very nice, but unfortunately it’s still pretty much a pipe dream in America. This past week was more proof that there’s a problem with race and that each side blames the other, to the point that I’ve changed my overall outlook on life as I know it and can’t see any time in the near future where we’re all going to get along with each other.

This isn’t a new thought that’s just come to me. After all, I wrote this post back in April on my business blog and created the video below yesterday:

I also created this video in April asking if we could all get along… y’all know that answer…
https://youtu.be/KBo2AFW47kI

I’m of the opinion that there are really only two ways to solve issues permanently; one is by talking to each other, the other is by totally eliminating every single person who’s unwilling to try to find common ground so all that’s left is a lot of people who agree with each other. However, I’m thinking that second idea is fairly problematic, probably unattainable, and pretty much horrific so I’ll stick with the talking option. 🙂

I know the question those who visit this blog want to ask; what’s this got to do with blogging or social media? Everything!

The posts of mine that get the fewest views or comments on my business blog are those that talk about race or diversity issues. Unless I’m addressing freedom of speech, the articles on this blog that get the least amount of traffic are those on social issues. I know few people who write on topics like these when mixed with other topics like those I write about. I’m kind of an anomaly; as if y’all didn’t already know that.

I’m not close to the radical some people might think I am. What I am is someone with a social conscious on a few issues that I feel the need to bring up from time to time. True, it might not necessarily always be good for business, but if that’s the only thing you care about then you’re not really a blogger but an entrepreneur. 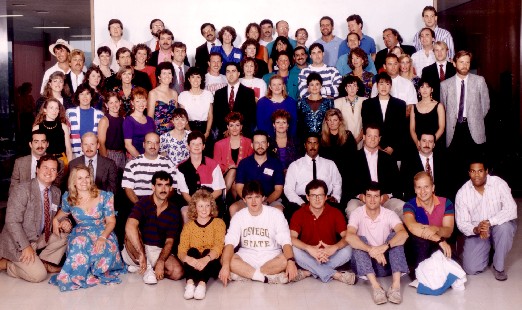 That’s why I’m going to this conference. I don’t expect the topics to have all that much to do with race and I’m good with that; heck, I might be elated if none of it comes up. I’m even expecting to find people who don’t agree with a lot of other things I happen to like.

What I do know is that, for once, I won’t be an “only” at a conference, or one of the “chosen few” who shows up and spends most of my time alone because I didn’t fit in. Sometimes you just want to feel as though you’re part of a crowd where you actually possibly belong.

Four and a half years ago I started a series that I ran for 19 Fridays in a row called Black Web Friday. My intention was to bring websites and blogs that were created and written by black people into the public conscious because I’d been to too many sites that talked about the top 25, 50 or 100 whatever and never seen a single black face on the page. When I asked one writer about it she said ‘I don’t know any black bloggers.”

I felt it was important then to try to help bring some publicity to people who deserved it. I still think it’s important to do while acknowledging that it’s more difficult to find these days. Goodness, it’s difficult to find people in general who are creating new content on their own; even I can’t find that many anymore, which is another great reason to go to this conference.

If you’ve made it this far into the article, I first want to thank you for that. However, I’d like to ask a favor of you, if I may. If you know of any black bloggers you’ve found on your own, please share their name and link in the comment section of this post.

I have to warn you, if you post a link like you normally would your comment is going to spam. Please leave off the “http://www” part of the link so you won’t go to spam, because I think my program sometimes totally bounces some folk who try to post a full link. I’m curious to see who others might put down who I might not already know or who I might not have highlighted before. This could be an interesting experiment; I’ll hope to be pleasantly pleased. 🙂

If you don’t know any don’t fret; I’m sure I’ll be able to share a lot of names and folk with you after I get back next weekend. In the meantime, let’s try to be nice to each other for a while… please?