There’s a young guy I sometimes mentor and have lunch with named Adam. One of the things he does for business is he tries to help people market their businesses or products on Facebook. 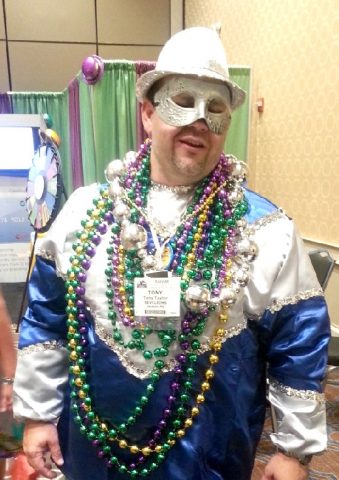 We were having a conversation about this and he asked me if I wanted to try to market my business on Facebook using Facebook ads. I told him that I didn’t believe either of the main industries I was in would work all that well on Facebook. Still, I decided to give him a chance.

I had to decide between health care and leadership, which are the two main businesses I promote. I didn’t even think about promoting writing because I really don’t want to get much business writing for other people anymore, and I wasn’t even sure what I could use to promote it. I also decided health care wasn’t going to work, because nobody who’s on Facebook but might be in health care would want to see anything about it. So I decided on leadership.

We had to decide how much I was willing to spend on ads and how long we wanted to run the campaign. I initially said I wanted to only pay $75 but I ended up increasing it to $150, even though I had a feeling we wouldn’t reach that amount. We also decided to run the campaign for about a month, figuring that would give us an idea of how things were working.

He asked me if I would create a video that was at least 5 minutes long talking about leadership; how I think about it and how I run training programs. He also wanted me to talk about the two books I’d written on leadership. I created a video using my webcam and my Snowball ice microphone, and I sent it to him via Dropbox.

He got it and said he didn’t think it looked good on his smartphone. Since I wasn’t uploading it to my business YouTube channel, and I don’t have Facebook on my smartphone or tablet, I couldn’t comment on that. However, I said it looks pretty good on my desktop and I wanted to run with it.

He set up the Facebook ads and started promoting it. We decided to target the entire northeast including Pennsylvania and Ohio. After the first week and a half, we had something like 50 impressions, but no views. He was dismayed by that because he thought there should at least a few views. I told him I really hadn’t expected much, and that I wasn’t all that surprised.

Then he asked me if he could use a video from my YouTube channel on the same subject that he thought might do better and I told him to go ahead. He ran two different advertising campaigns with that one and ended up with around 85 Impressions and 6 views. Whereas that sounds kind of impressive, on Facebook a view is considered any time someone stops long enough so that the video runs at least 3 seconds. It doesn’t tell you whether they actually watched it or not, and not everyone has Facebook set up so that it doesn’t automatically start videos without requesting them like I do.

In the end, we could only verify that I had one actual view. We could easily verify that one because a guy from Africa wrote me to talk a bit about leadership. He tried to convince me come to Uganda and talk to them about leadership, and in my own way I told him I was keeping my happy butt home in the United States LOL He also asked me more about my books and my audio leadership series, so I sent him links to those pages so he could check them out after telling him a little bit about them. He didn’t end up buying anything, but it was nice that he asked me about it.

In the end, we stopped the campaign at three and a half weeks and it ended up costing me $130. He was dismayed because he thought it would work better. It turns out I was his second unsuccessful campaign after he’d had a lot of success with other people. I told him he shouldn’t feel discouraged because, as I tried to explain to him earlier, there are certain subjects that people don’t want to read about or watch videos on those topics on Facebook unless a very famous people is talking about it. Something like that might work better on LinkedIn, but since neither one of us knows anything about LinkedIn ads, it wasn’t anything I was interested in exploring.

Just so you know, he didn’t do the work for free and I didn’t want him to. He did give me a break on the price, and I went ahead and paid for it because I thought he did the best he could with what I gave him. However, recognizing that the business page I have on Facebook regarding leadership, where I also share information about other subjects I write and talk about, probably 97% of the people who know me already are subscribers.

Something I tell everybody, which I’ve written about often and had it proven with this experiment, is that every social media service is’t good for every type of business. If I had a pizza parlor and I was marketing to my local area only, it might have worked better because who doesn’t love pizza? But most people go to Facebook for fun or to fight with others on political topics (you know it’s true lol), and talking about leadership in general doesn’t touch upon either of those.

Anyway, those were the results of our experiment in Facebook ad marketing. Have any of you tried it, and if so how were your results?