A few weeks ago I went to the Annual Credit Report site to get my free credit report from the top 3 credit reporting agencies in the country. After I got my first report, I had problems getting the other 2 reports. 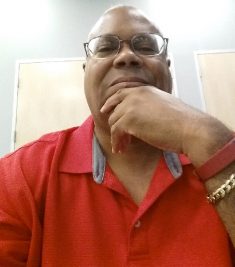 The problem… I automatically block javascript (if you’re not a tekkie, the information at this link probably won’t help you lol) for every new site I visit because I hate popups and those stupid cookie messages that seem to show up everywhere. When I first got to the site above, I allowed javascript and assumed all would be well. It turned out that after I got the first report, it transferred me to another page that wasn’t a fully participatory page on their site, which meant I had to turn on javascript again. However, when I turned it on things went wonky, and I lost the ability to get the last two reports.
END_OF_DOCUMENT_TOKEN_TO_BE_REPLACED

Most of you know I love the plugin called CommentLuv. I’ve been a fan of that plugin since 2008, so much so that I went ahead and paid for the premium version, which comes with a few more bells and whistles.

Lat year, I noticed that it wasn’t working on this blog. That occurred after an update, which the premium version has at least once a month so it was easy to spot. That it only stopped working on here was odd, so I contacted customer service for help.

After going back and forth in a few emails, turns out the problem is that I removed the footer here years ago because it had this bit of code in it that was falsely indicating what the blog was about. Most websites don’t have this as a problem but most blog themes come with a footer where, if you want or its an option, you can add even more links to your site. I couldn’t add anything to it, and I had problems with any alterations, so I just removed it. The blog works perfectly without it, and I never looked back.

However, the upgraded premium plugin needs the footer to do its job. For me, it kind of stinks, as my theme is pretty old, but which I’ve modified over the years, and I’m not in the mood to get a new one. During testing I swapped to one of the current WordPress themes to see if it would work, and it didn’t. So, whether it’s the footer or not is still out there, but the reality is that I had to load a previous version to get it working again and I’ll just have to be happy with that for now.

What this points out is that the latest and greatest isn’t always so for everyone, and holding onto something old isn’t always the best way to go either. I’m sure there are still many XP users out there who think it’s the bees knees (does anyone say that anymore?) and swear they’re never going to switch up, but last year when Microsoft finally stopped supporting it. If anything goes wrong you’d best be ready to pony up some big bucks for someone to come fix it, as most have moved on to newer operating systems, or be ready to totally wipe your system and load the disk that came with it, without knowing if any of the updated files will still be available.

Back in the early 2000’s the big thing most people wanted was some kind of flash on their websites. It was pretty, bold, and, well flashy. It also didn’t look good for everyone because sometimes it didn’t match up with what their business said they did. I’ve seen a lot of those websites over the years, and most of them have no rankings whatsoever; so sad… As a matter of fact, I’ve removed Flash from my computers, which is problematic because I’m a major fan of Firefox and none of the Flash content on other sites will play on it. However, Chrome seems to be converting all Flash stuff to HTML5, so if I really want to see something I just paste it there.

This is why you need to take a look at your website and your blog every once in a while to make sure everything’s working the way you want it to, as well as to do an evaluation as to whether it’s really getting the message across that you’re hoping to get out to the world. Remember my post about another plugin that started giving me trouble?

It doesn’t mean everything has to change, but it does mean you need to know what’s going on so you can make the determination as to whether to keep on the straight and narrow or make some kind of modifications here and there.

Due diligence is always the best way to go.