I decided to lighten things up a bit… because I can! lol It’s been years since I’ve written anything talking about my “favorite” whatever. I’m going to spare you the “honor” of seeing those old articles; one is from 2014, and it was videos with me in them. The other two were in 2010 where I touched upon the topic of favorite sports movies and sci-fi movies. 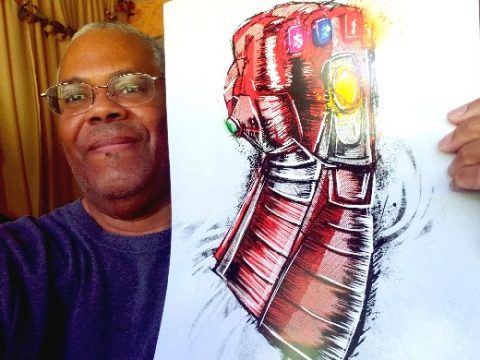 I’ve had an interesting epiphany concerning favorite whatever. It’s hard to have a list of any topic be permanent when things are always changing and we’re always getting older. I’m sure a list of my favorite movies before I turned 18 would have been a much different list than what I’m presenting in my early 60’s (ouch!).
END_OF_DOCUMENT_TOKEN_TO_BE_REPLACED 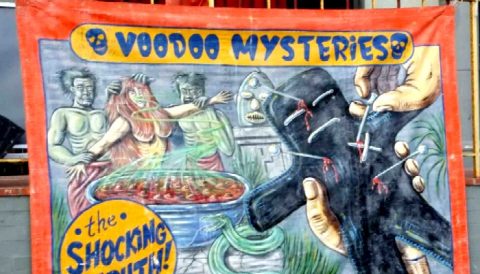 There’s three things funny about the day I started blogging here. The first is that I only wrote one paragraph for the first article, introducing myself to the world. The second is that the topic I said I was going to address on the blog not only wasn’t the first one following it but that I wrote 3 articles on the same day, and the 3rd one, which is now private, was an example of what I thought I’d be writing about.
END_OF_DOCUMENT_TOKEN_TO_BE_REPLACED

This is an easy post if you want to read just a little bit of stuff or want to watch/listen to videos I made in 2014. Why this kind of post? One, it’s New Year’s Eve and I’ve got stuff to do (even though I put this together ahead of time). Two, you probably have stuff to do and after that last post on blogging, which was pretty long, I figure you might want something that you can just listen to… if you’re interested at all.

Also, I created lots of videos this year between my two video channels, and a few of those videos I actually liked a lot more than others. Yes, I went back and watched, aka listened, to every single one of them, some more than once. When I needed a boost I listened to my motivational videos along with the same from other people. Sometimes I forgot it was me; now that’s really getting into it.

Without further delay here are my 10 favorite videos of 2014, not in any specific order. A couple of these are interviews, which means they will be a bit longer than the rest. Let me know what you think, please watch, and have a wonderful and safe New Year’s Eve and New Years Day! 🙂

Tomorrow I’ll be doing a live presentation and I’m going to be spending today rehearsing and getting ready for that. Since the last post was so long I decided it was time for a shorter and more fun post again. So, following along the lines of other musical posts I’ve done, I decided to share my top 5 favorite songs from the 60’s, which some of you have no recollection from, and the rest might have other songs to highlight instead.

Before that, though, I’d like to share some of my previous posts, in case you’re new to the blog or just missed them:

5. Happy Together, The Turtles – I can’t even tell you why I always liked this song. Maybe it was the relatively simple melody. Maybe it was the fairly non-threatening lilt in the way Flo & Eddie (it was 2 guys by the way) sang together. I couldn’t tell you, but it makes my top 5.

4. Daydream Believer, The Monkees – I remember this song for many reasons. One, of course it was on the TV show. Two, it helped close out 4th grade for me, and man, was that a grade that just had to end! I remember a party at school near the end of the school year where this song played a few times and, because of the show, I could sing along with it and it brought comfort to me. Yeah, I missed the love song part of it, but so what. lol

3. Soul Man, Sam & Dave – My mother bought this album when we first came back to the United States from Japan back in 1966 and for the next 20+ years it was the first song she played every single Friday night; yup, you read that correctly. It was the first song on the album, and it was a great one; always made me smile, and still does.

2. Sugar Sugar, The Archies – This was a cartoon and on the cartoon the characters had put together a band. In the 3rd season of the cartoon they released their second album, and the main single from the show was this one, which ended up going all the way to number one.

1. I Want You Back, The Jackson Five – This was the first #1 song of 1970, but it was released in 1969. I’ve told this story before, but the day my dad left for Vietnam the Jackson Five showed up on the Ed Sullivan Show for the first time and performed this song, and they and Michael Jackson himself were my favorites from that point on.

The day before Christmas, and I thought I’d go in a much different direction than normal. I wrote this poem back in 1993, probably the last poem or anything like it that I ever wrote. I’ve had it for years, but can’t say that I’d thought about it in awhile.

Me being me, it’s probably not a traditional Christmas poem, but it’s my style. I hope everyone is going to visit someone they care about this holiday season, regardless of what you believe, and if not, I hope you have some peace during this time, even for only a few days if that’s all you can get. Happy Holidays to all.

The Three Roses of Christmas

The first one was a cynic
Said “Man, we’re being used
This cat’s afraid to speak his mind
So we’re to plant a clue

Man, this way’s a cop out
The girl will see right through
Got too many eggs in the basket
This Christmas he’ll be blue”

And what about the religious
Who know why the day was named
If believers were our destination
Would our meaning be perceived the same?

Though flowers may enhance someone’s feelings
It’s the receiver who has to adjust
So a specific message may not be conveyed
By any three roses of Christmas.