Every Wednesday on Twitter there’s something that goes on that originated here in the Syracuse area. It’s called Community Manager Chat, and it’s actually geared towards people who handle the social media processes at their particular companies, or for someone else. I get to be a part of it because social media is my thing, or at least a big part of my thing. If you ever decide to participate it’s at 2PM Eastern time, and you use the hashtag #cmgrchat to follow along. 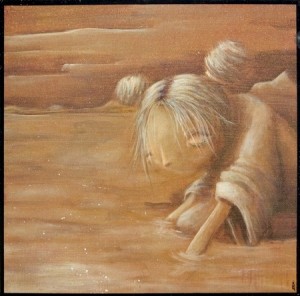 Last Wednesday the topic of discussion was blogging, which y’all know I thrive on. It was actually the second week on the topic because it seemed like it was very popular and there were so many questions being asked. I answered a bunch of questions, and on that day and the day after I got a bunch of new followers; I could see that a lot of people were interested in what I had to share.

Anyway, what happens is that one of the moderators throws out a question every 15 minutes or so, then the responses fly out. One of the questions asked what people did for SEO on their blogs. I stated that my SEO strategies are to write as much content as I can and to, for the most part, write about certain types of topics more often than going off the grid. I actually do that if you check my centennial stat posts from time to time.

As normal, there were a few people who went into the direction of having to not only write niche blogs, but to make sure to stuff your posts with keywords and keyword phrases so they could be found easier on the search engines. I read that stuff all the time and for the most part I think it’s garbage. After all, if I write 100 posts on roses and suddenly decide to stuff a post with the phrase “brown picture frames”, it’s not really going to mean anything to anyone, including the search engines. Those 100 posts on roses are going to fare way better.

After seeing some of those posts, I wrote the line that this post is based on: SEO is a “practice” like medicine, not a science. It got retweeted a bunch of times; I think people liked that phrase a lot.

And of course I believe it’s true. There are a lot of great SEO practices, which I’ve even talked about on this blog, but the truth is that not every website is going to end up on the first page of Google or any other search engine just because one’s site is optimized well. If you decided today that your goal was to be in the top 10 for the term “shoes” you probably won’t have a chance unless you can produce close to 900 pages of blog posts in a year or so. That’s because there are so many people already writing on that same topic that have beaten you to the punch. You can get creative to find your little niche in that group and that might put you on the first page; otherwise, you just need to be the best you can be and hope to compete in another way.

SEO is like medicine because it’s really a guessing game after a certain point. Doctors guess all the time as to what’s wrong with us. I bet every person who reads this post knows someone who had a doctor tell them “I don’t know what’s wrong with you,” or something to that effect. I’ve heard it myself. And these people go to school for 8 years, then do 2 or 4 years of clinical before they’re allowed to be out on their own; I don’t know anyone who’s truly been doing SEO for more than 7 years or so.

Does this mean one shouldn’t try to be as effective as possible in trying to get their blogs to perform well on the search engines? Absolutely not. What it does mean is that one shouldn’t kill themselves trying to write the perfectly optimized post every time out. To me, based on history, one gets way more juice by trying to put out as much good content as they can. That’s always my goal when I decide to write a post, no matter what the topic is on.

Trust me, there’s really nothing wrong with practicing; you might not end up being a concert pianist like Andre Watts, but you could be Liberace, and he made a lot of money in his lifetime.

30 thoughts on “SEO Is A “Practice” Like Medicine, Not A Science”