I started the year talking about the concept of planning on my YouTube channel. In April I talked about it again, but in more specifics. If you’re interested, check this out:

I talk about planning often with certain friends, but I don’t get deep into it. It turns out that the concept of planning is more fluid than one could imagine. That’s what I’m going to talk about today.

I started the year with one major planning goal; actually using my planner! We’ve had a great relationship in 2022 overall, and I’ve enjoyed using it. For the first 3 months, we were pretty inseparable; that’s pretty good when talking about an inanimate object! 😀 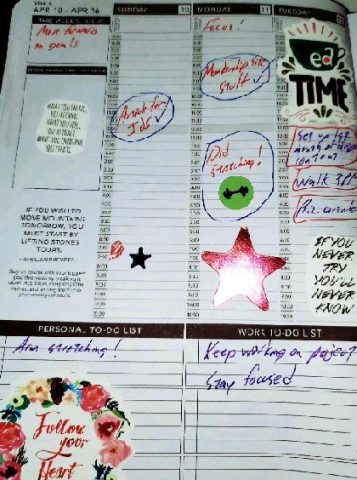 Then… stuff came up. Some was personal; some was business; some was research. I found myself planning things on Monday and possibly Tuesday, but unless I had an appointment I didn’t schedule anything else for the rest of the week.

Early on, if I accomplished everything listed on one day, then I’d add more things the next day. Anything I didn’t finish, I rolled over to the next day and added just enough so that I always had at least 3 or 4 tasks to complete.

Around the middle of February I stopped having to put timestamps on my schedule anymore. I had built rest and eating periods into the planner, but I found that by not being that rigid I accomplished more, and sometimes finished everything early so I could take a break the rest of the day. That was wonderful!

When stuff came up it totally threw me off my game. Mondays were still scheduled but sometimes I wasn’t mentally ready to work on Monday. Sometimes I’d start researching and trying figure out the full process of setting up my health care training site… and a lot of that didn’t come easy. Content is easy; figuring out new software with lousy instructions isn’t… sigh…

In a way I started to flounder. I wasn’t giving my planner enough attention anymore. I’d found new life with stickers and such, but suddenly I wasn’t in the mood to do it beyond Monday. I knew it was time to change things up, but I couldn’t totally stick to what I’d previously done.

I came up with a new way of planning that seems to be working better right now. It’s not totally new, but it gives me allowances for separating the different types of work and projects I need to get to.

In the book Eat That Frog by Brian Tracy, he talks about getting the biggest and hardest task out of the way first. You do that because once you’ve conquered that one then everything else is easier and you have the opportunity to get more done. 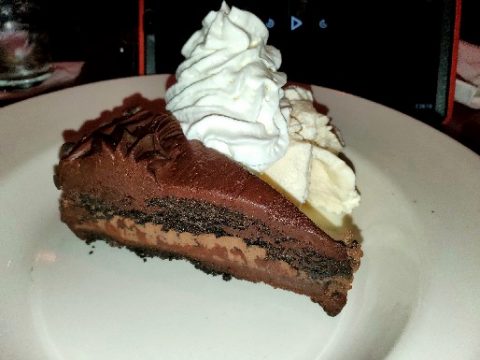 I planned on eating this instead 🙂

In theory it makes a lot of sense; in implementation, it’s not so cut and dry. For instance, if I had to write 3 articles on different subjects and all I had to do was research the hardest one, in my life that would be pretty easy to do and I’d feel wonderful getting that one out of the way first. However, if the hardest thing you had to do was figure out how to solve a problem that’s been kicking your behind for more than a week, it could not only take you an entire day of working on it with the possibility of no success; trust me, that’s a downer.

Still, it doesn’t mean that you don’t tackle the frog first before you move on. Instead, unless it’s a critical situation, you set your schedule to only spend so much time on the first task, set up a break time, then move on to the second task if you believe you can get it accomplished in a reasonable amount of time. For instance, right now I’m working on the second task on today’s planner, and I expect to have this finished within the next 15 minutes, if not sooner; yay me!

The difference in these two things is that the first task is timed because I’ve been working on the problem and implementation for at least 2 1/2 months by now. I’m close to breaking through, but I need to wait for a response from a technician who knows about my problem… and he’s located in Germany so I can’t think about doing anything more until sometime later this evening (he works the night shift for the company I’m working with).

I’ve been beating myself up all these weeks trying to solve problems literally 8 hours a day, and not getting anything else done because that much thinking is tiring. Sometimes I’d eat an english muffin or bagel early in the morning (usually before 8am) and not eat or drink anything again until around 5pm; it’s hard to be productive when you’re tired, hungry and stressed.

That’s what I’ve done the last couple of days (Sunday’s often a work day for me). I schedule the thinking time early, hoping for a breakthrough so I can push forward. I’ve had breakthroughs, but not the ultimate ones I need for implementation. Then I took a short break to go buy lunch (since I skipped breakfast, which wasn’t smart since I awoke just before 6am), came home, ate it, then started the second project.

Completed that one, was about to start the 3rd project (this article) when I got a phone call that lasted about an hour. If I’d gotten the call during the timed period I wouldn’t have picked up the phone. But since it came before starting this third project and I knew about how long it would take me to write it, I could delay it until after the call because it wasn’t going to throw the rest of my day off.

In short, tackle the timed first frog, rest, tackle the next frogs in order or however you want to take them but do your best to accomplish something because completing something always makes us feel good, doesn’t it?

You don’t need a planner like I use to get things accomplished. If you haven’t fallen asleep and I haven’t tired you out to much, if you haven’t already done so, check out the video above for a few more tips that might help you plan and get things done. Good luck!

16 thoughts on “Planning; How To Do It Right To Get Things Done”