I used to make money building websites, which started with me building my own. Back in the day, it was all about coding, and for me it was fairly simple. It lasted for a few years before more people started buying templates; oh well… 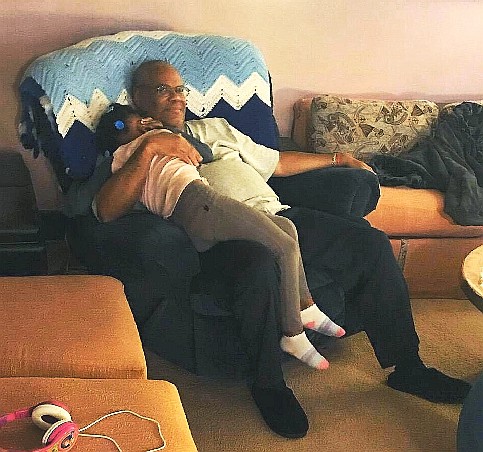 Not working hard at all

Something I never did was build a blogging theme. I learned how to build a website using WordPress software, but I wasn’t a fan of it. Lucky for me, I only had to do two; harder than I imagined it would be.

I use the same exact theme for all of my blogs. I use it because I learned years ago how to modify it so I could change the colors and images for each one of them. I learned how to handle CSS so I could change fonts, move things around, and program things that might not have shown up on one site that I wanted to be there.

However… now there’s this GDPR thing, and even though I don’t overly care because I’m not European, get little traffic from Europe, and there’s no agreement with the United States to help the EU enforce any potential penalties against American sites that aren’t specifically targeting European companies, I’d like to add a couple of things via a plugin.

Unfortunately, because I’m not a theme developer, I have no idea how to upgrade the theme I’ve been using so that it can handle all the WordPress updates, which also means there’s other plugins I haven’t been able to use. This means it’s time to find a theme I can use, one that I like, one I can use and modify for all my sites… paid or not.

You know what? It ain’t easy! For once I know exactly what I want; a right and left sidebar, room at the top to include an image, the possibility of changing the colors however I want (that’s for my two business sites), and of course using the same exact theme for every site I have… and others I might create in the future.

Sounds easy enough; but it’s not. The expectation I had was that I could download a theme, modify it and have it work how I wanted. Instead… the theme broke my site! Well, not totally; I was able to bring back the theme you’re seeing here, but I had to reprogram it to get everything back to normal. At least I remembered something I learned back in 2009, and had copied everything from the widgets to a Notepad file, which helped correcting the errors go faster.

Now I’m stuck with an issue, and it’s not the issue of paid vs. free. It’s the issue of whether to pay someone else to do it for me at least the first time or figure it out on my own. It’s actually the reason I didn’t write an article last week, because I was trying to change to a new theme the night before and things went kablooey (technical term lol).

I’m not often against paying someone to do things for me… when I know I can’t do it. Car repairs; check. Changing the faucet in the kitchen; check. Woodwork; please! lol I know what I’m not good at, so I’m willing to pay people to do those things for me.

In this instance… well… I’m supposed to be the technical guy. I still fix people’s computers (not Macs; “real” computers lol); I figure things out. I’m the one people call to figure out software. If I learn that I’m getting a certain error message over and over, I do the research and I fix it. Even two years ago, I spent a few weeks working on my mobile speed; this is just how my mind works.

For now I’m going to test a few more things to see if I can figure it out. I’m putting this down now because next week will be a double milestone for me, one for this blog and one for me, the consultant (actually, Sunday). For this blog, depending on what happens, I’ll either be writing about more theme issues or writing more about my milestone. I’d rather write about the milestone; it might even end up being a pillar post! 🙂

There’s no shame in your game if you have to hire someone to do work for you; I do it all the time. There’s also no shame in deciding to work things out on your own, as long as you don’t delay things that are more important. This post is more of a story than a lesson; but the lesson’s here if you choose to see it.

14 thoughts on “How Much Work Are You Willing To Do To Get Things Right?”