This is a break from my norm and a fairly short article, but there’s a purpose to it. Stick with me for a couple of minutes; I’m a bit curious to see what you’re thinking. 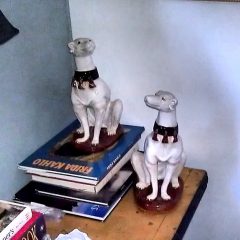 I have different levels of friends and associates in my life. In a way, it’s like a funnel, where the smallest part is populated with maybe 4 or 5 people, it goes up slightly from there to the next level, and at a certain point it widens greatly because there are many people I’m friendly with that aren’t exactly my friends; at least I don’t see them that way.

Yet, all of them are a part of my personal community. Every single person fills a need of mine somehow, whether it’s a business contact, an email contact, or a familiar face if I show up at a networking event. Every person helps to determine my sociability in different circumstances.

If I’m invited to a party where I may not know anyone except the host, I’m probably not going unless it’s being put on by a close friend. If there’s a networking event and it’s not at a neutral site, I’m probably not going. In both cases, it’s because I know I’m going to spend significant parts of the event by myself, off in some corner or along some wall just observing what’s going on and contemplating going back home. If I’m going to do that then I’d rather just find a seat or walk around at the mall; lots more to see.

But I know lots of people who can step into any situation and suddenly be the life of the party. They’re the ones who are missed when they don’t show up for an event. I’m not that guy.

At least in the regular world. Online, it’s a different story. At a birthday party for a friend of mine that was held at a bar some time ago, (I don’t drink, and they didn’t have food; ugh) I was asked by one of the folks who follows me on Twitter if I ever went to bed, and how I can keep up with so much data that flows on Twitter even hours later.

I hadn’t realized anyone was paying attention. It seems that, online at least, there are times when I’m missed, thought not that often. Still, that definitely throws out some previous thoughts of mine that no one would really miss me if I went away for a period of time, blogs notwithstanding.

I’m now “kind of” acknowledging that I must have a larger personal community than I had imagined; how weird is that? What about you? How do you feel your personal community flows? It is bigger online than offline? How does it differ? And while you’re thinking about that, imagine being a part of this type of community:

8 thoughts on “How Does Your Personal Community Flow?”