Something different than the norm; that’s what I’m all about. What I’ve done today is what I’m calling a two-fer. You’ll see there’s a video below. I not only recorded a second video, which I actually did first, but I also wrote another post on my business blog on the same topic; kind of. The topic over there was Does Your Criticism Help? On that post I gave some ways that people can offer criticism, or advice, to others that’s helpful and positive. On this post I’m going to offer ways to ask people for advice and how to accept criticism, even when it’s bad criticism. 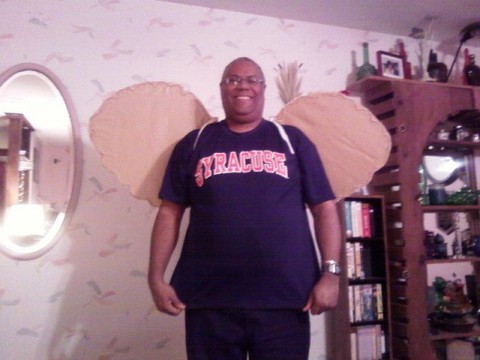 What’s bad criticism? When there’s nothing positive offered or nothing helpful, it’s bad criticism. Sometimes people don’t know that the criticism they’re giving isn’t helpful, either because they just don’t know how to be helpful or you haven’t helped by telling them what you need. That’s what I’m here to help you with by offering 5 tips you didn’t ask for; hey, you came to the blog didn’t you? 😉

1. When you need help, make sure you ask the right people for it. One of the problems most of us end up with is that we’ll ask people who don’t have experience in what we need for help rather than asking someone who might really be able to help you. If your friend fixes cars every day for 10 hours, asking them for help with your blog is illogical, no matter how smart they are.

2. When you ask for advice, be specific in what you’re looking for. When I was writing my first book someone I knew asked if he could see a portion of it, so I sent him the first 50 pages. He wrote back asking me if I knew anything about writing and formatting a book. What he didn’t do was give any commentary on what I’d written, which is what I wanted him to critique. It was an early draft that I hadn’t even finished, so everything he said wasn’t helpful. Instead, I shut down and thought about giving up the idea of writing the thing… for about 2 hours. If I’d been weaker I would have just quit but I knew better; after all, what had he ever written?

3. If you start whining or complaining about something, you almost have to expect that the person you’re talking to is going to offer something, positive or not. Two problems most of us have is that we don’t qualify the person we’re talking to all the time first, and we don’t tell people what we really want before we open up. I forget to do these sometimes and I end up not enjoying the conversation later on. I’ve also been on the advising side, although much more rare because most of the time I don’t like giving advice unless I’m specifically asked for it. Sometimes it’s hard to recognize when someone needs help versus when someone wants to vent.

4. If someone starts offering criticism, even if you’re thinking about arguing with it, try to at least let the person finish their first thought, in case they might be right about something. Yeah, that’s hard to do, and yet sometimes the person might be spot on, and you just didn’t want to acknowledge it though you realize it is true.

5. If you feel you’re getting beaten up, you have the right to either tell the person you don’t want to hear anymore or leave. Sure, you might need the help, but if all you hear is negative stuff, with no idea if something positive is coming, you’re not going to respond well to it, no matter what’s coming afterwards.

When I heard some of what I did yesterday, I came home, closed my blinds, turned off all my lights, turned off my cellphone and disconnected the regular phone, and crawled into bed. I was just going to check out, not do anything for a few days. Then my other mind kicked in after about an hour and said “who’s running your life?” Thing is, that doesn’t always happen so fast, although it always happens eventually. But I know people who have let something like that stop them in their tracks and give up their dreams; I could never live with myself if someone did that because of me.

That’s all I’m giving as far as writing advice goes; see how nice I was? 😀 Now it’s time for the video and, based on what I learned this past weekend, I’m supposed to ask you to watch it, “like” it, comment on it, and share it wherever you can think of. So I’m doing all that here, and I do it at the end of the video; let’s see who actually watches it and who says they watched it but didn’t, since I do see the stats. Have a great day!

59 thoughts on “How Do You Accept Criticism?”