Those of you who have read this blog for a long time know that I often talk about bad behavior, proper decorum while being online, and how there’s really no such thing as freedom of speech. So many disagree and try to get away with things and I guess that’s the human way, always trying to set your own rules. Hey, that’s life; doesn’t mean that the rest of us will always agree with it or tolerate it. 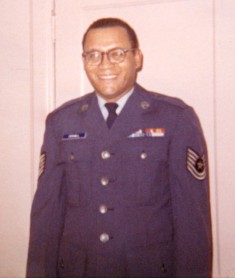 Two weeks ago I wrote a post called The Scam That Is Smartphones. I added a video to that post, which obviously sits on YouTube as well. And I got a couple of comments on it; that’s never a bad thing. Until this time.

Some guy, who obviously didn’t have a great grasp of the English language, decided he either didn’t like the video, the topic, or me. He started out by calling me an idiot for doing the video. He then proceeded to try to state his case, although his case was flimsy. Then he decided he hadn’t said enough and left a second comment which had profanity in it.

What did I do? Well, often I’m a knee jerk kind of person I have to admit. I think I’m losing my sense of balance in some ways as I get older, possibly because I’m not around people as often anymore since I work from home, or possibly because in person I have almost never had anyone say things to me like that; pays to be bigger than a lot of people. lol

In this case I gave it a bit of thought and did what I thought was the smart thing in this case; I deleted the comments and moved on. I didn’t sweat one bit about doing it either; I have a sense of decorum I expect on this blog, I don’t use bad language, don’t think I’ve ever outright called someone an idiot (I don’t think anyway; I’ve had this blog a long time lol), and I’ve always said that if someone wants to disagree that’s fine, but it would have to be done constructively.

Sure, YouTube isn’t my site but that’s my video page, and you never know who might stop by. My thoughts were one, I don’t want people seeing that kind of thing on a page associated with my name, two, I don’t want others seeing that and thinking it’s okay for them to do the same thing, and three, this guy was a flyby, never coming back, so why give him any power whatsoever by acknowledging what he left.

It’s all about protecting your own integrity. It’s the reason I have kind of a stringent comment policy, which so many people ignore even though it’s right above the comment box. I don’t want to be the suppository of flyby comments from people who could care less about what I’ve written, want to drop a link to a dodgy site, then go about their business. Then I’m going to respond to a comment that they’re never going to see because they’re writing for someone else, dropping an “info” email address that no one is ever going to open.

Our buddy Adrienne Smith recently wrote a post titled Why You Should Spring Clean Your Blog, and one of the reasons she gives for doing it is because all of us at some point have allowed things we probably shouldn’t have because we didn’t know better, and it probably penalizes us in some way. I’ve been working through a very long process of cleaning up old comments for a month now, and it’s a slow process because there’s over 25,000 comments on this blog, and I want to slap myself because it’s something I wouldn’t have had to do if I’d known better.

That’s what life is all about, though. We learn things that hopefully give us a chance to make things better. Then a few of us write about it to hopefully spark something in another person’s mind that says “hey, I didn’t think of that”, or at least gets them thinking about it, whether they have to change things or not.

Of course, if you talk the talk then you have to walk the walk. Even when I disagree I’m courteous on other people’s spaces. I need to be, otherwise Sheryl Loch will be after me for tracking people down and confronting them. 🙂

18 thoughts on “Decorum And Censorship”