On Friday, September 3rd, 2021, my mother passed away at 6:30PM. I was sitting next to her when it happened; just the two of us. Since then I’ve done a video and a different blog post about her. It’s been mentally tough over the last week or so, which included the service by the grave site on the following Thursday. 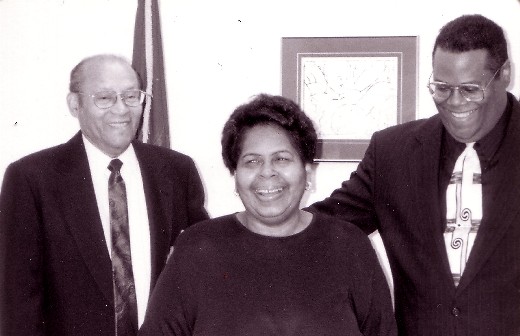 Mom was often prescient about what might be coming down the line. So was my dad, who left this world 19 years ago on Father’s Day, 2002, at 4:45PM. I’ve thought about him often over the past few weeks, thinking that soon he and Mom would be together again in their way. That’s what brings me to telling this story about a time when both of them were instrumental in getting me to work with something that’s become a major part of my life, both business and personal.

My parents were instrumental in my getting into computers. I didn’t want a computer; I’d never even thought about a personal computer. Back in 1987, I was a musician; okay, more of a songwriter, but a part time musician. I used to sing at weddings, in the wedding ceremony, and it wasn’t such a bad thing. The one thing I always wanted if I was going to be a performer was everyone’s full attention; I wouldn’t play just for playing’s sake, except when I practiced at home.

I used to play for hours at a time. Every once in a while, I’d be messing around with a motif, and it would produce a song, which usually only took me 30 minutes or less to write, lyrics and all. That’s just how easy it seemed to come to me.

Therefore, I didn’t want a computer. I didn’t want anything that would take me away from my music. I didn’t even watch TV back then. I went to work, came home, played, wrote, slept. On weekends I disconnected the phone and played all weekend long; that’s how serious I was.

But my parents were insistent, especially Mom, that I have one. She said it was the future, and I should be there with it. Then it became Dad’s mantra. Finally, they drove to my apartment one weekend, as they lived out of town, took me to Sears, and bought me my first computer. It was an IBM, and it had a dual floppy drive; my parents never bought the cheapest thing, and that dual floppy drive was the latest thing on the market.

I didn’t do almost anything with it for two years. It was just there as something to take up space. The only thing I did was type up my lyrics so I could save them as a file instead of only on paper; that was pretty smart, I must say.

Two years later, I was at a different job, on a career track, and suddenly the computer meant a lot more to me. Over the years, it started to take over my life.

I ended up buying my dad his first computer; how about that? I did it so we could talk via instant messaging, and he then encouraged all his siblings to buy computers so all of us could talk that way. It’s amazing that, for a while at least, computers brought us all together so we could talk more than any of us had talked to each other before.

When Dad got sick, I used his computer to contact everyone he was in online contact with to let them know that they may never hear from him again; they didn’t. It was amazing how Dad had met so many new friends online; I’d never thought he would take to it like he did. He was actually learning how to do HTML long before I even thought about doing it; he didn’t get far, though.

I owe my present life, regular and business, to both of my parents. They had vision I didn’t have, and for that I’m grateful. I’m missing Mom a lot right now, and that triggers thoughts about Dad, but I know their spirits are in my head. Sometimes that’s all it takes to get through another day. I hope if any of you are going through something like this or might have to go through it one of these days that you’ll find a way to bring peace into your world, along with inspiration to keep trying to succeed.

12 thoughts on “Dad, Mom And Computers”