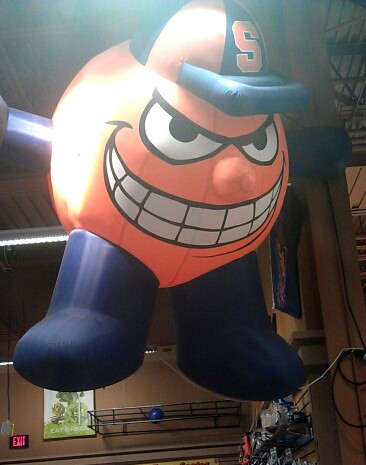 However, if there’s one thing I am is fair when I have to be. Of all things, Murdoch once said something that I’ve touted in my own way for years, though my thoughts have been a little more limited on the subject. That subject is content.

I’ve always said I believe that content is king, and I really believe that. On the blogosphere and social media in general, that always turns into a debate, and it might even turn into a debate here.

“The value of content is now clear. Content is not just king. It is the emperor of all things electronic. But this clever technology is merely an empty vessel without any great content. Without content, the ever larger and flatter screens, the tablets, the e-readers and the increasingly sophisticated mobile phones would be lifeless.”

I hate to say this, but it doesn’t get any clearer than that. There are literally more than 600 million blogs (they’re always estimating) in the world, and those that have a chance to grow and proliferate all have content… lots and lots of content. Not all of the content is great, but there’s a lot of it.

Notice, he never said the content had to be great in quality, but it does have to be great in quantity; once again it explains his overwhelming media ownership. I’ve always believed if you’re not going into it without hoping to provide great quality, don’t do it at all; proves I’m not always right; sigh…

Back in the days when I was providing services as an internet marketing consultant for small businesses, I worked on trying to convince them that having a website is a great thing, but without adding more content, or having active content that keeps people coming over and over, or at least the search engines, that their sites would stagnate. The best SEO in the world won’t keep them going.

Imagine if a movie studio put out the greatest movie in history, then kept showing that same movie over and over. Okay, so I’ve seen Rocky Horror Picture Show movie about 50 times live; it wasn’t because of the movie, but more because each week the people who came to the show changed up, and you never knew what they were going to do.

That’s one reason why I write as often as I do. Luckily I’ve found that I like writing, and when the amount content I produce is higher, my visitor rate is higher. That, plus look at all the great stuff I get to link to that I’d never have if I hadn’t written so much in so many places; I need to concentrate more on internal linking.

As proof of this, I’ll mention my accountant’s website and blog. I write all the content for her blog, and I created her website. Because the content matches what she does for a living, the search engines have her ranked high locally for her keywords. She has a small accounting firm, only 3 people working for her, one of them a secretary. Yet, she’s listed on the top 3 search engines at the top spot in her city and is the 3rd highest ranked accountant in the city of Syracuse (her site doesn’t come up at #3 because of all the job sites listing positions for accountants; those weasels…) on Google. That’s not shabby. 🙂

So, content is no longer just king; it’s an electronic emperor… at least by Murdoch’s standards. I’m sticking with content being king; I don’t have the funds for an empire. That’s okay; long live the king!