The last time I talked about Windows 10, it was after an update wiped out my operating system. Because I never thought about going to the Microsoft Store in town, I ended up loading Windows 7 instead and I moved on from there. 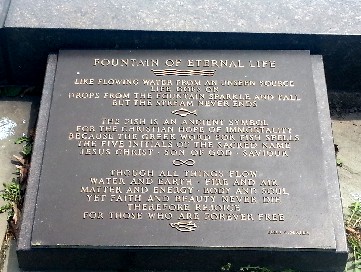 How we view our hard drives

Recently I read where all updates to Windows 7 were ending, and I decided it was time to go back to Windows 10. However, I also didn’t want automatic updates anymore, so I bought Windows 10 Professional. I got it at a discount; y’all know I wasn’t about paying $199 for it after all these years! 🙂
END_OF_DOCUMENT_TOKEN_TO_BE_REPLACED

This is something different. I’ve created a video offering 5 tips on creating videos based on what I’ve learned over the past year in creating my own. Trust me, I’ve made some mistakes, mainly because I’ve been spending time trying to get used to the idea of making videos in the first place.

I’ve talked about how it could be a benefit to either your website or blog to help show people what you can do for them. Since that time, I’ve actually had people subscribe to my main YouTube channel, something I never even considered before because, well, I’d never thought about it. This is something else you could look forward to if you have enough people that decide they like your videos and thus want notification whenever you add more.

You might as well get used to the reality that video is not only big right now, but it’s getting bigger. There are more than 3 billion views of videos every single day on YouTube alone; imagine how many there are if you include the other video services, including independently produced videos.

What’s the appeal for a video? Pretty much like audio you can just listen to it, or you can watch and see content you might not see anywhere else. When I do my videos I’m much more freeform than I am when I write, and that’s saying a lot if you’ve seen a lot of things I write on this blog.

There are people way more creative than I am when it comes to doing video. I’ve never learned editing, so when I do a video you get what you get. Other people’s videos might be constructed better, but if I say so myself I think what I have to say most of the time can equal what you’ll see on other people’s videos if we’re speaking on the same topic.

Of course the major thing about videos is that it brings a personable presence that writing can’t do all on its own. It probably explains why TV captures the lives and imagination of so many people, because there’s something intriguing when you can get involved in someone else’s lives and thoughts, even if on TV much of it is fake.

In your own videos, you can do things you can’t do just by writing. There are people who show you how to exercise, how to eat, how to fix things, even how to score high in your favorite video games (I don’t play any lol).

And, as you see here, I’ve written a lot about some positives of video and yet I still have the video below offering even more on the subject. I’m thinking you’re getting double your money for today’s post, and since you’re not paying me anything for this stuff, that’s real value! 😉

So with that, I present these tips to you, and hope you enjoy the video as well, and if you do don’t forget to subscribe or go back through previous videos and see what I’ve been sharing, since I’ve been doing these things for a few years now.

Yes, this is a bit of a rant post, but I decided to make it easy on you by creating a video about it. However, you’re probably wondering where I’m going to go with this sucker right? I’m not giving up all the goods, but I’ll give you something.

I don’t talk about cellphone plans in this rant; no sense going there, even though it turns out that one of the biggest scams we all deal with is having to pay for text messaging, which costs the carriers nothing to provide to us, even if we’re sending lots of pictures through.

What do I talk about? What do I consider as a major scam? Check out the video; you’ll find out:

Back in June I wrote a post introducing Instagram for Android, which had just come out after being available for iPhone for years. I talked about the technical aspects of it in that post, as well as giving a link to my own Instagram page, which was very new.

I have to say that at this juncture I’m absolutely in love with this program. I can’t believe I’ve only had it six months; I’m ecstatic. Why? What do I do with it?

The first thing is being able to share photos immediately after taking them. Sometimes I wait until I get home, but it was so much fun being able to share some pictures with people when I was in Florida at a convention in October. I don’t fancy myself a photographer, but I do try to find some things that I think would make a good shot to take pictures of. True, there are some limitations to a smartphone’s camera, and the iPhone’s camera is better than my own. Still, the pictures are good enough for most people and easy to get online whenever I’m in the mood.

The second thing is being able to pop in a location from time to time. Truthfully, most of the time I have location tracking turned off on my phone because, well, I just don’t feel like being tracked. And yet, there are places you go to where you don’t mind allowing the image to tell everyone exactly where you are. For instance, often when I’m at the casino I’ll turn it on so people can see which part of the casino I’m in when I’m sharing a picture. If I’m in Rochester visiting my mother sometimes I turn it on as well.

The third thing I like about it, especially when using the smartphone, is being able to see pictures that people I’m following are putting up. It’s amazing how many people have a great eye and what interests them. What I’m really amazed at is how females have totally figured out how to take great pictures of themselves; I haven’t gotten that one down yet. I always miss the button, and when I find the button I’ve moved the camera and look ridiculous. People keep telling me I look mad in pictures I eventually get of myself; that’s funny.

The last thing I love about it is when I can go into the random area and just see pictures like the one above. You usually get 18 pictures at a time, where you see 12 and you can scroll down to see the rest. If you see a picture you like you can give it some love, even if you’re not following that person. And if you decide to check into that person further and see more that you like, you can subscribe to that channel, which I recently did with Daily Puppy; love puppies. 🙂 I actually kill 10 minutes at a time looking at pictures at random times; it’s a great time killer and, strangely enough, I’ve just discovered that some of the pictures I end up liking show up on my Facebook page, where others can like then; freaky!

Frankly, the only thing that’s made me mad is this little battle between Instagram, nee Facebook, and Twitter, and oddly enough it’s not affecting me because the programs I use on both my computer and my smartphone still give me what I’m used to seeing. Right now, other than the sudoku program I downloaded, it’s what I’m using to kill a lot of my time when I Feel like getting away from the computer for awhile.

This is why sometimes writing posts in advance can kick you in the behind, because something could happen that makes me have to edit them. A couple of days after I wrote this Instagram came out with a directive saying they had the right to sell and market your photos without your knowledge and without paying you; well, that stinks. It goes into effect on January 16th, and if you’re not down with that you can download your photos and delete your account and you’ll be totally free from it all.

And then… The co-founder of Instagram, Kevin Systrom, came out with his own statement saying there are no plans to sell your photos less than 24 hours after the other statement. He said it was a misinterpretation based on a horribly written policy change… yeah, right…

What’s my plan? At this juncture I still love it, but I will change what I upload to it slightly. There are few pictures there that I’m worried about, and if I can delete just those few then I’m good. In general I upload pictures of things I see when I’m out, and if I write about those things and use them in a blog post I’m using the original image anyway. So anything else… go for it. With the billions and billions of images that are on that site, I’m doubting that, other than family or me, I’d even know if anyone wanted to use a picture I took. And with the quality… they’d have to be desperate. 🙂

In this case I’m asking a question, which you’ve already seen above. I ask it because I’m not the guy who’s on the cutting edge of technology anymore. As time goes on and priorities shift, there’s just too much stuff that costs too much for me to keep up with.

I wasn’t always like this; then again, I didn’t have to be. I used to know all the computer brands, how much RAM they had, the technical specs of monitors and all the accessories; I was the guy to come to.

Where am I now? I still know enough about regular computers to be dangerous, and I can compare specs on laptops. And that’s where most of what I know ends. And yet, there’s so many more things people have and can do in accessing the internet.

I have a smartphone, a HTC Thunderbolt that’s already out of style. It’s big and wonderful and yet they don’t even make batteries for them anymore; it’s just over 18 months old. Two months ago, when I went looking for a battery, I was told they stopped making them 6 months ago, which means I have to order them online; what the hey? Is technology supposed to pass us by that fast?

Last year I bought my wife a Nook Color, and luckily they still sell that, along with the Kindle Fire But there’s so many other things that are on the market that I know nothing about. I have seen an iPad, but only twice ever; what’s that about? Last night a friend of mine showed me, online, her new tablet, the Asus Transformer Pad Infinity. I didn’t even know who made these things besides Apple, Panasonic and Samsung; isn’t that a shame?

I know I’m only touching the surface, so I thought for once I’d ask you what you have, why you like it (or them), and whether you got what you wanted or what something else. I’m feeling like an old guy here; sigh…