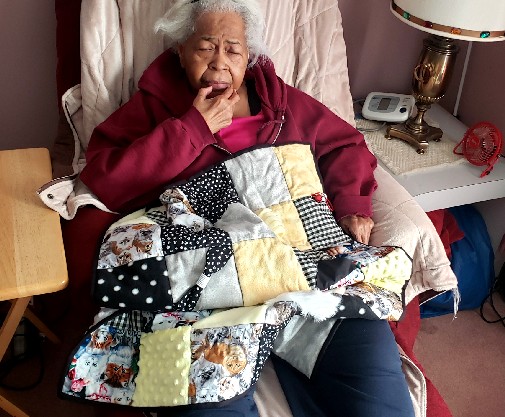 When last I wrote, I was talking about taking a peace of mind break by staying away from social media for a week. I thought that with everything going on in my life, I could use the down time to maybe get some reading done, watch some TV or movies, or maybe do some writing. It turns out that things don’t always work out the way you hope they will, especially when you really don’t have a plan.

For instance, it’s easy to say you’re going to sit down and watch TV and movies. It’s harder to pull off when it’s something you’re not used to doing. I did watch two movies, but I deleted a bunch more that I had recorded on DVR, realizing I really wasn’t interested in watching them. What I was left with were a few movies and some documentaries that were all over 2 hours long. Of the two movies I watched, one of them took me six or seven hours because I couldn’t sit still to watch the entire movie.

When it came to writing, I had a lot of thoughts. However, without the commitment to have to write I didn’t write. That should have felt like I was resting, but I actually didn’t. Writing is one of those things that helps me to escape any issues I feel that might have for a while, but since I wasn’t writing I didn’t have anything else to focus on. I didn’t even write in my journal; I never even opened it.

You know what I missed the most? Social media! I don’t necessarily spend tons of time on social media when I’m on it, but what I realized is that when I’m posting things I tend to get reactions from many people who see it and either want to share it, comment on it, or like it. There’s an odd rush you get when you realize that your words have touched someone, even if every once in a while they don’t like it.

I had more time to spend with my mother. I’m not going to say that was the worst thing in the world, but Mom and I can’t talk anymore because of her dementia. The lady next door who usually comes to sit with my mother during the week for a couple of hours is out of town for 3 weeks, so it was just Mom and me. Throw in Labor Day, and that meant I had an extra day to spend with Mom, since she usually goes to the senior center 3 days a week.

What that basically means is that I spent a lot of time setting up TV shows and movies for Mom, giving her meals and treats and desserts and liquids to keep her going throughout the day, while I went to my computer and basically sat there not doing anything except constantly seeing if there was a chess move for me to make on one of the two sites I’m on. I did play a version of Scrabble on Facebook without looking at any messages, but that’s about it. It was definitely a struggle, and I felt lesser for it than I expected.

I started to wonder what other people actually do when they say they’re going to take a break from something; I’m going to have to ask Evelyn Parham about it because she takes breaks all the time.

Do people actually get to go out and enjoy themselves somewhere? I did get to go to the casino one day for a few hours, but for some reason it just didn’t feel like it does on other times that I go to the casino. I couldn’t wait to get back home, and that’s just not supposed to happen.

In any case, I did learn some lessons and I’m going to share some ideas you should consider if you decide one day that you need to take a break, social media or otherwise. Just so you know, some of these I couldn’t do, but it doesn’t mean I can’t recommend them. 🙂

1. Reach out to some of your friends that you haven’t been able to talk to for a while and say hello.

This is one I couldn’t do because I don’t have a lot of friends outside of social media, and those I have I talk to on a regular basis. I couldn’t even call most of them long distance because I’m still suffering from when my computer got wiped out last October. Thing is, a lot of those people I talk to on social media, so in essence I’ve isolated myself and that’s never a good thing to do.

2. Reach out to family members you haven’t talked to in a while.

This is a strange one for me because in general I don’t talk to my family members all that often. Being a military kid, I never got really close to most of my family members on either side, and as I’ve gotten older I feel more separated from them then I did as a kid. I did talk to two family members, one of whom I talk to all the time and the other one who called me out of the blue, but when I finally got back to him he only talked to me for 4 minutes. So much for my family, but at least we’re connected on Facebook. Of course, none of them know when my birthday is, but I don’t go around telling any of them (but I’ll tell you since it was last Tuesday lol). In any case, I’m sure your family members may be more accessible, so take advantage of free time and reestablish those family connections that I hear are wonderful things.

I’ve mentioned this many times already, but it’s crucial to have a plan to follow. I had nothing; in my other article I said I might write, I might watch TV, but that’s pretty much all I had. I didn’t do any of that. True, I had some personal stuff that I had to get finished, but I finished that relatively quickly so I had no excuses not to do anything else. It’s not normally in my nature not to have planned something, but because I’m not used to taking a break from anything I had nothing to fall back on.

I did mention that I went to the casino, but that was only for a few hours and it was on a day when my mother was at the senior center for a little while. Truth be told, being the primary caregiver and having the one person who could sit with your mother for a little bit of time out of town, I really couldn’t do anything.

I had a wild thought about driving down to Pennsylvania to get some Krispy Kreme donuts, which would have taken 5 hours out of my day, but I told myself that was a bad idea because if something happened to my car there was nobody who could have gotten my mother.

Try to find a way to go somewhere, even if it’s only a couple of hours away or you only stay for a couple of hours and see something that you wanted to see or that you never even thought about seeing. I have a couple of online friends who share wonderful pictures of places around Central New York that I’ve never been to and never heard of that I would love to be able to see. That’s something I’m going to have to plan for one of these days.

5. The most important one I have, and I’m not sure if I’m talking to the Right audience, but don’t get yourself locked into social media.

Like I said, I don’t spend tons of time on social media, but I do spend regular time on it. When I decided it was time to go back on social media I went to Facebook first where I saw I had 89 notifications. Out of all those notifications, only seven were specifically for me. That felt empty, but the truth is if you don’t post anything on social media or you’re not interacting with something that someone else post on social media, you’re pretty much invisible and a non-entity.

I need a life, and I recommend that if you start feeling this way that you probably need an alternate life as well.