How many of you knew that I was a wedding singer? You’d have learned it if you’d ever checked out my link to 100 things about me, listed at #70. 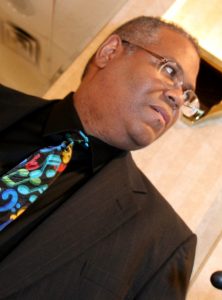 Before then, I’d never thought of myself as a singer. I didn’t really start singing while playing the piano until my sophomore year, even though I did have to sing a song at the end of my freshman year when I took voice lessons. My first teacher wasn’t all that impressed, but my second teacher was. For some reason he thought I should be an opera singer; I wasn’t feeling it, especially after he started me with Drink To Me Only With Thine Eyes, which was immortalized in this short clip below:

At the beginning I found myself trying to emulate the singers of the songs I was playing. Even my first voice teacher wondered who I was trying to sound like because he didn’t think I was trying to be me. Within a few months of singing my sophomore year, I realized that, though I could copy a few vocal styles, I really didn’t sound like anyone else, so I had to be me. Even knowing that, I didn’t start finding my voice until I started composing my own songs because now I didn’t have anyone to emulate; I had to be me (though I wrote one song that sounded like something Lionel Richie could have sang, but that was the only one lol).

That same type of thing has happened to me a few times in the years after I gave up singing. First was when I started writing a couple of newsletters. Next came my business blog, and eventually there was this blog. I almost hate to admit that it took me 5 years from when I’d started the newsletter, 3 years after I’d started my first blog, and around six months after I’d started this blog before I figured out my writing voice.

That it took that long would embarrass me if I was the type to get embarrassed. Instead, I see it as eventually figuring out the right thing to do, the right sound, the right voice for me, which led to the style of writing I continue doing to this day.

You know what keeps people coming back to your writing or blog? You might think it’s the content, but it’s not. It’s the voice recognition they have of your style… if you have one. That’s what keeps your true fans coming back for more. Even with the relatively small numbers of consistent readers I have now, most of them have told me that they love the way I write, no matter the topic. A couple of them have talked to me via Skype or listened to my videos and have told me that the voice I use in video is the voice they imagined when they started reading my articles.

Even though it took me 5 years to find my blogging voice, I did eventually find it. In my mind, this makes me qualified to help you find your blogging voice… which is more like a style. With some refinement, you’ll come across as a real person instead of a robot. You’ll write the way you speak… to a degree. I’ll explain that statement as I go through the steps below. 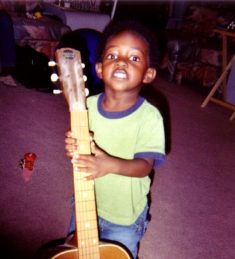 The first thing you need to do is listen to yourself telling a story… in your head. Everyone has told a story to someone else, and if they’ve told at least one person more than one story they’ve mastered their own art of storytelling. Almost everyone who tells a story has run it by in their head first, whether it’s a true story or not. That’s why this is the first thing you need to do; look deep inside your head, hear your voice telling someone a tale.

The second thing you need to do is record yourself telling a story. You don’t have to share it with anyone; you just need to record it and listen to it. The reason you need to do this is because you need to figure out a couple of things. One, how well are you telling your stories (because friends get used to you). Two, are there words you use way too often that you’ll want to catch when you start writing?

This explain my line about writing the way you speak. I used to have a habit of saying the word “well” way too often, and when I first started writing nonfiction pieces I began a lot of sentences with that word. There are quite a few other phrases I used to use that weren’t indicative of strong writing.

They were passive phrases, things I’ve often said when I was in leadership positions interacting with employees where those things work wonders, but in writing they give people the impression that you don’t actually believe what you’re telling them. The first change improved my writing after a long time; the second thing took a while longer to develop, but these days my words are tighter and more accurate… although I might slip here and there.

The third thing is “really” listening to your story. Notice the first two things I mentioned, but also notice when you pause, when you speed up, if you change voices. Notice if you sound fluid or if you sound stilted (if you’ve never recorded yourself before, you’ll probably sound stilted the first time out). Stilted doesn’t work well in writing because it’s hard to make an emotional bond with someone if you can’t get them to empathize with you.

The fourth thing is to practice writing in your voice in short bursts of 2 to 3 sentences. Read those sentences a couple of times to see if it sounds like what you’d hear if you were talking to yourself. See if you’ve used certain words too many times or if you’ve got phrases that don’t look like you’re confident in them. Truthfully, if you’re writing in short bursts this probably won’t happen, which is why many top bloggers these days recommend shorter paragraphs (it also looks better online for some reason).

Something else you can do if you don’t want to write something brand new is to go back and look at something you’ve previously written and edit yourself. I’ve been doing that with some of my early content on three of my blogs, and I find the readability so much better.

That’s all it takes… the rest is up to you. Maybe you’ll get it in a day; it might take a week. Don’t let it take 5 years like it took me. Then again, I’m giving you idea on what to do; no one told me anything! 🙂 Good luck with it; let me know if it works out for you.

BTW, in case you’re interested, here’s the tale of my wedding singing career:

9 thoughts on “4 Ideas To Find Your Blogging Voice”