Ever since I wrote a post two weeks ago talking about being smacked by Google Panda, I’ve been wondering this one particular question: “What Is An Authority Blog Post?” I think it’s an intriguing question to try to tackle, and I did something I rarely do; lots of research! Let’s see what some other people consider and have to say about the concept of authority posts.

Don Yeager is an authority

I decided to go on Duck Duck Go instead of Big G to do this research for two main reasons. One, because my buddy Holly is boycotting them because of a particular site I refuse to mention that they’re advertising with to her dismay. Two, because I didn’t want the G people telling me who they felt was going to tell me what authority posts are.

Truthfully, the Kahuna doesn’t ever tell us what authority is; that’s an issue that most people have against them. What they in essence tell us is that they’ll know it when they see it; isn’t that helpful?

The first post the Duck put up is titled What Is Authority by Chris Garrett. Written in 2007, Chris says “I see authority as a journey, a continuous process. There is no end point. In fact, if you stop working towards it, or feel like you have “done enough”, that is when you are most likely to lose it.” He also says authority covers 3 aspects: personality; expertise; visibility.

I actually like this article a lot, but since it was written before Panda it begs the question as to whether this article would be considered authoritative. I mean, considering it only comes in at 436 words, and these days people are saying we should be reaching at least 1,000 words, does it pass or fail today’s authority standards? I say… it’s complicated. lol

The next article that came up was titled How To Create Authority Content in Any Niche Even If You Have No Clue About It written by a guy named Jawad Khan in 2016. This post is absolutely epic, coming in at 2,192 words and having 12 infographic images (as opposed to one of those giant infographics) and offering 5 ways to put together authoritative posts.

Once again it’s a wonderful post. However, he never quite gets around to telling us what an authority post is. Instead, he tells us different ways to establish authority, which is pretty cool, but it doesn’t specifically answer the question. The one time it’s kind of addressed is when he begins point #5, Write in a Conversational, But Authoritative Tone to Position Yourself Higher, where he states 3 specific short sentences:

The so-called “expert status” is a relative term.

Nobody is going to crown you as an expert.

You need to crown yourself.

Who can be mad at that? Check out the post because it’s a wonderful job, and it’ll give you a lot of tips. Still, it didn’t answer the question; oh well… onward we go.

Next we have an article titled What Is An Authority Blog? on a site that, well, isn’t really all that authoritative (it’s a site in Singapore that’s a street directory; isn’t that was G Maps is all about?), but it came up in the search. 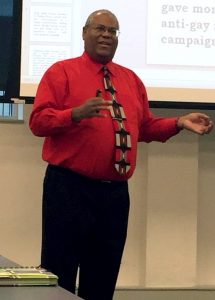 The first thing we get is a definition of an authority site: “An authority blog or an authority site is one of the main places people go to for information on a particular niche or topic.” The follow up is this: “One of the main characteristics of an authority site is it has more content or pages than any other site in that niche.” Actually, I don’t think that’s true. I have nearly 500 articles on blogging on this site and 462 on my business site on leadership (I’ve linked to a post highlighting the 12th anniversary of that blog lol) and, as much as I think I’m somewhat authoritative on these subjects it seems the search engines don’t agree with me on this point. Then again, they’re not quite niched specifically enough are they? What about my finance blog where each of 975 posts is on financial topics? Nope, that’s not getting the job done either… heck!

Hey, what about a post on Copyblogger? They’re a pretty big name, right? I’ve got just the article, titled How to Become an Authority Blogger that might be pretty good… even though it was written in 2007 (amazing; two of the articles I found were from the same year, way before anyone started talking about authority and content and Panda penalties). The author doesn’t quite answer the question of independent articles; instead, he gives 3 tips on how to become an authority: check your thoughts regularly; speak with authority; study other authorities.

One again, those are great points and I’m glad to share a link to the article. However, these are more about each of us than the concept of authority blog posts isn’t it? How can this be so hard a question to answer? Maybe the question is too direct; what do you think?

Let’s try one more. This article is titled 5 Lessons Learned from My Failed Authority Blog Project; there’s trouble on the horizon. Written in 2013, Tom Ewer actually talks about authority blog posts and how, for whatever reason, Gesus decided his quality couldn’t top other “quality” that weren’t actually quality at all. He did everything right, but as he shows in what is a very well written and researched post, he just couldn’t break through on his niche even though he was actually talking about it specifically.

I actually agree with what he’s talking about, and I have my own proof. In a post I wrote titled 9 Ways Blogging Can Help You And Your Business, I mentioned that for my main business search term I’m actually listed in the top 5 by the 100 zeros people. What I didn’t mention is that out of the other sites in the top 10 only 2 of them actually do consulting at all. The other sites are all job sites, and when I checked them out they’re not even listing the actual position for the search terms. How are those sites showing authority if they don’t even fit the search term requirements? No idea…

We’re in kind of a quandary aren’t we? Well, I guess that, just like I was the first person to specifically answer the question as to what high quality content was many years ago, it’s going to be up to me to answer this question about authority blog posts. Let’s see how this one works.

1. You have to address something that no one else has and then hammer the point with more consistent content on the same topic. 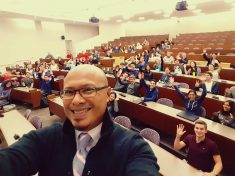 Dr Emad Rahim is an authority

My main search term for my business is “charge master consultant. When you go to the Duck, you’ll see that I’m listed in position #1 because I have a page that specifically talks about doing that sort of work. However, it’s what’s in the 3rd position where I seal the deal when I wrote a blog post titled What Is A Charge Master?.

Out of the top 20 listings there are only 2 articles on the subject. However, out of all the articles I’ve written on my business blog, 45 of them are on this specific topic, along with adding the “consultant” and “consulting” works in a few of them. This makes me an authority in that particular area; now all I need are more people searching for the information.

You know that link above about the high quality content? The mallard has me listed at #7 on the topic, which is pretty cool. Do you know where the Seattle owners have me? I certainly don’t, as I’m not in the top 100 (I had to look Holly…), and it’s an article specifically written on the topic! Once again, Tom was onto something; maybe we should follow his very first recommendation: Forget Google! Well… I don’t want to go there to that degree, but it shows that the normal person doesn’t quite have a shot at figuring all these things out doesn’t it? By the way, now there are a lot of articles highlighting the same topic, but back in 2011 when I wrote it I was the only one.

This subject of opinion “facts” is an intriguing one. For instance, when I wrote about 9 ways to identify spam on blogs back in November, every one of those items was a fact… just more apocryphal than researched based. Well, it was my research, but I didn’t go out on the web looking for anyone to corroborate what I had to say on the subject. With nearly 1,750 blog posts here and lots more on my other blogs, couldn’t I be considered as an authority on identifying spam without having to research it? BTW, Quackers has this article listed in the #2 spot, whereas G… not in the top 150 (I’m liking Duck Duck more and more…)

3. Others will identify your posts as authoritative; it could come from anywhere.

This one isn’t all that comforting and yet it’s pretty true. I wrote a post back in September titled 30 Mistakes You’re Making With Your Blog. I promoted it the same way I usually do and it got a lot of attention and comments. Go Duck ranks it #1; you-know-who doesn’t list it at all unless you put it within quotation marks.

You know what? That article had all the earmarks of an authority post… at least what’s recommended by the “experts”. It had almost 5,800 words. It had a lot of images. It had the bolded subcategories. It had internal and external links. It offered a lot of advice. Give it a look if you have time; if that’s not authority then I’m a mongoose.