Yesterday I wrote the below on my personal Facebook profile:

I’ll admit that a bit of this is self serving while being helpful at the same time (since I have a page with quite a few of you subscribed to it who probably never know I’m putting anything out). 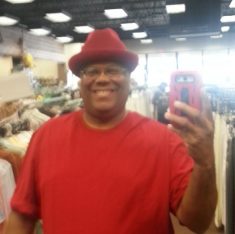 Do you see me?

If you have “liked” a page here on Facebook and want to be notified whenever there’s something new on the page, what you have to do is go to the page, click on the arrow next to Following, go to Notifications and click on it.

If you don’t want to go quite that far, still click on Following and then click on Default. That’ll give you a better opportunity to see that page in your stream without being notified all the time that there’s something new there.

I figure if you’ve liked a page that you might want to see some of the things that show up there from time to time; that’s why I’m sharing this information. That’s also my helpful tip of the day; now back to your regularly scheduled program…

Are you wondering why I wrote that, and why I’m sharing it here? That’s actually the wrong question. What you should be asking is why I had to write it and share it.

When I first created my Facebook business page, it was telling me that almost everyone who had liked it was getting whatever I put on there. That’s actually kind of a misnomer. What they tell you is how many people were reached. That doesn’t actually mean all those people saw it; just that the impression of it showed up somewhere on that many people’s newsfeed. You’d be amazed at how much stuff shows up in our newsfeed that we never see; I’ll come back to that one.

As I was saying, early on the reach for my page was at least 80%. I’m not going to pretend that I understood how things worked then, but in my mind that was a pretty good percentage. Over time the numbers dwindled to a point where these days most of what I put on the page gets maybe 10 views if I’m lucky. If it’s just an image with a motivational message they might send it to 100 people, but that’s still less than 25%. These are people who subscribed to the page; what the hey?

I have to give Facebook a little bit of credit though. At least they have a way for us to have the opportunity to be notified that a page we’ve liked has added something new… even if they don’t go out of their way to tell anyone. You don’t get anything like that from LinkedIn; now that’s a shame. 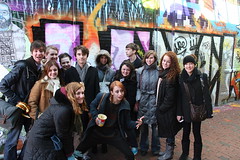 There’s also nothing on LinkedIn as far as receiving group notifications. The best thing I found is that you can allow groups to invite you to join them; no thanks!

Of course they have another troubling feature, which is that they allow you to follow people and people to follow you without being friends with them. However, they still don’t tell you when they post anything, and obviously aren’t telling anyone when I post anything either since supposedly there are over 1,200 people following me… and I’m only connected to 650 people.

This is irksome because I’m following James Altucher; I love the way this guy writes. But LinkedIn never alerts me to the things he’s putting out, and since he doesn’t have a blog on his website I miss almost everything; sniff!

I actually stopped posting articles on LinkedIn sometime last year. What I still do is post my latest article from this blog and my business blog, as well as any new videos I create that I think might be business centric. Other than that, I gave up posting articles specific on the site after they shut down the numbers that were seeing them. I can get 10 views on my own blogs (luckily I’m getting more than that lol).

Before I answer why social media doesn’t want us to see what we want to see, I want to go back to what I touched upon about the Facebook feed. Per Facebook themselves, only 15% of our “fans” are even eligible to see our feed without some kind of promotion. You can boost those numbers if some of your subscribers actually come to visit the page and even moreso if some of them actually share something you put up.

It also depends on whether you’re posting something directly there as opposed to posting a link. For instance, links to my blogs or from YouTube usually get less than 10 people reached, but if I upload a video directly it gets up to 35 people, and uploading images will get between 30 and 50%.

In the case of both Facebook and LinkedIn, it’s all about the money. Facebook is a bit more blatant about it. On my business page, they’ll actually tell me how much to spend to reach a certain number of people. They want $5 for my blog post links to reach upwards of a whole 35 people. Frankly, I’m not sure whether I should be happy the dollar amount is so low or insulted that 35 people isn’t even 10% for that 5 bucks.

LinkedIn offers extra things to people who pay for the premium package, but based on what LinkedIn tells us they still don’t do anything to help us see what we want to see, even though they’re trying to become Facebook. Maybe Microsoft will figure out a way to offer this as a premium service one day but it doesn’t exist yet.

This pretty much means that, except for Facebook, we’re not going to see what we really want to see… whatever that may be. I guess I’ll just have to be happy in not seeing what I don’t want to see on Facebook for the moment; I’ll take what I can get.