I read a lot of blogs and I write a lot of posts. I’m certainly not perfect when it comes to the articles I write but most of the problems I see on other blogs or websites (especially news and information websites) are things that are easily avoidable… things I don’t tend to do myself. 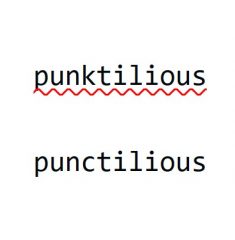 Since I haven’t talked about writing issues in a long time, I thought it was time to offer some tips and critiques about writing, blog writing in particular, since this is an article on a blog.


1. The 2nd writing tip I offered in my 2nd article of writing tips in 2014 mentioned this particular tip that I still can’t believe most people miss. If you see a squiggly line underneath a word like in the image, it either means you misspelled a word or it’s not in your computer’s dictionary. Either way that’s a major clue that no one should be missing.

2. The biggest issue I have is spelling words correctly but having them not be the word I meant to use. It’s so easy to leave a letter off and still have it be a legitimate word. It’s strange to type a word that wasn’t in your mind when you were contemplating what you wanted to say.

In this case, the only thing you can do to catch these errors is to read your article out loud after you’ve finished writing. This is something I used to do more often in the past that I need to pick up doing again. Of course, if you’re writing long articles like Neil Patel it might take you a while to get through it. 🙂

3. If you read a lot of blogs you’ll notice one of two things that happen most of the time. The first is having one sentence being a paragraph, no matter how short the sentence might be. The second is having a paragraph that’s longer than an Anne Rice diatribe.

Let’s address the one sentence thing first; I don’t mean a line or two here and there, I mean an entire article of one-sentence missives. Most bloggers do this because they read somewhere that white space is preferred by people who read blogs. That’s the same reason many of them are eliminating their sidebars also. The other reason is that it cuts down on people being able to scan your articles easily, forcing them to read every single line.

For someone like me who learned how to speed read in 8th grade, this is quite irritating because it disturbs my normal reading flow. I have to like you a lot to even think about reading your blog if you’re doing this. Yet I can’t deny that it’s a sneaky trick that might achieve your purpose for some of your younger readers.

Which now leads to the second thing I talked about, the long paragraph. Long paragraphs work fine in books, but I realized some years ago that long paragraphs don’t work as well on a blog for some reason. It also doesn’t work all that well on webpages either.

Check out this example from Huffington Post talking about skills that could improve your life. Notice how relatively short the paragraphs are, with most of them being 2 or 3 sentences at the most. 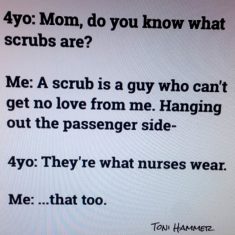 Something I’ve learned over time is that, unless you’re writing dialogue where one person is speaking, most long paragraphs have natural breaks that all of us can look at to reduce their size. One of the major differences between my first book Embrace The Lead and my second book Leadership Is/Isn’t Easy, both on leadership with one completed in 2002 and the other in 2015, is that the first book has some pretty long paragraphs that could make it hard to read, whereas the second book has paragraphs that might be 3 or 4 lines and that’s it.

Obviously I have a preference in what I want to read, but it’s up to you as the writer to determine whether your style fits you best or is the best for those who are going to read your blog articles or possibly any books or ebooks you decide to write along the way. Most people will tell you to write for your audience but I’m telling you to write however you feel comfortable… while thinking about those who you’re hoping will read what you write.

4. Watch out for your “filler word” patterns. I’ve always been partial to starting sentences with the word “well”, and I wasn’t close to being a Ronald Reagan fan (for you younger folks, he began a lot of his sentences when answering questions with that word). Many of my early posts on my business blog and this blog have a lot of paragraphs with that as the first word. My first book also had a lot of those; ugh!

I started watching for that pattern a few years ago when I first started writing my 2nd book, which is a compilation of previous articles I’d written on my business blog and my newsletters back in the day. It was my biggest editing issue, along with a bunch of other words and phrases I was known for.

Another pattern I had was writing passively. For instance, I just rewrote that first line because I’d initially written “a pattern I used to have that I had to learn how to break was…) The first line is stronger and gets to the point quicker, whereas the second line is unnecessarily explanatory and long. Notice the second line took 15 words and I hadn’t gotten to the point yet? I think this is what contributes to my sometimes writing a different word than I had in my mind because these days I do a lot of editing in my mind to tighten up the prose.

Filler words are distracting. It’s better to get to the point sooner, unless you’re telling a story… we love stories that add a bit of drama to the process don’t we? 🙂

5. People love list posts; that’s pretty much a known fact. What’s not known as much is that not all lists posts need to be overly short or long.

For instance, my original post giving 10 writing tips is very short because I had the intention of having the readers be able to consume it in 2 minutes or less, whereas my post giving 55 tips and ideas about blogging around my 55th birthday was just under 3,600 words because I wanted to put a bit of meat into my tips. The results are (based on DuckDuckGo since Google hates me lol) that my first article comes up in position #98 and my second comes up at #1. This proves that even other search engines love the more comprehensive posts, but if you can reach your audience directly (like through newsletters) then it’s not such a big deal.

That’s all I’ve got for now. Let me know your thoughts on these tips and whether or not you think they’re helpful.

19 thoughts on “5 Writing And Blog Writing Tips With Explanations”