A few weeks back I decided to tackle the question of What Is An Authority Blog Post. That article did pretty well when compared to many of my other recent articles, although it hasn’t done as well as last week’s post in the Limit Login Attempts Plugin for WordPress, which I recommend to everyone with a WordPress blog. Still, it’s helped me come to an interesting conclusion which I’ve been pondering since I wrote the first post on authority. 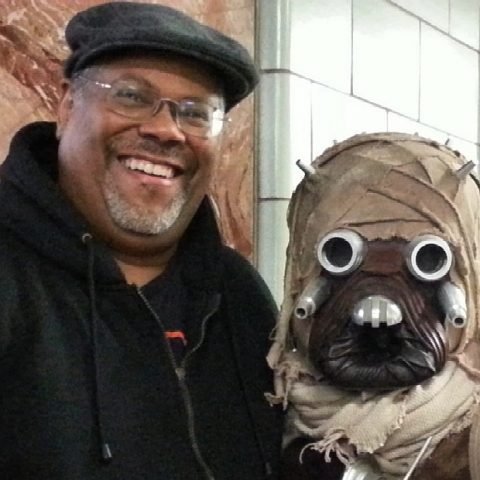 I’m an authority on sand people

Actually, I’ve been thinking about this much longer than you might believe. It all started when I read the book Millionaire Messenger by Brendon Burchard back in 2011. This book talks about how all of us are experts in something because we all know something someone else doesn’t know, even if we don’t know absolutely everything about it. He was also one of the first people I saw use the word “thought leader”; I have to admit I’ve loved that term ever since.

Of course, by the next year this site and all my other sites were suffering from a Google Panda smackdown, and as I was losing my rank and not paying attention I had no idea what was going on. Over the course of the last couple of years I thought my main issue had to do with mobile speed, but it turns out even with that none of my blogs are ever going to be what they were before; sniff!

I’ve always seen myself as more of a thought leader than an authority. My reasoning is that most of what I do is actually opinion based on research and observation, even though I’ll share some statistical numbers here and there. I don’t write a lot of posts that are as specific as the one about Limit Login Attempts or teaching people how to block newsletter popups. Instead, I like to pontificate on things like the pros and cons of professional writing and things I’d do differently if I were starting a blog today.

I give my version of details, and I think I’m being helpful, but that’s not what Google considers as helpful. Helpful comes from people like Neil Patel or from sites like Kissmetrics. It’s not that I don’t write anything helpful; it’s that I could never keep up with the level and amount of content those folk put out on a daily basis, let alone a regular basis. I can brag about being a solo bloggers with almost 1,750 articles on this blog alone, on a multitude of topics, but those folks are putting that much out yearly, if not monthly for the shared sites.

Janice Wald of Mostly Blogging and I were talking about the merits of writing long form content and how it seems to drive higher content on a more consistent basis than shorter articles. My thought was that, though some of my longest posts have received a lot of attention, overall articles under 1,000 have ranked consistently higher as a group.

Also an authority on Snoopy

Back to this question of being an authority; what makes it so? I went looking for some answers like I did last time and, oddly enough, the answer came from my last post when I said this: “Others will identify your posts as authoritative…” By extension, this means it’s going to be other people that decide on who’s an authority or not.

It’s really that simple. It’s not long or short posts, it’s people. Sure, search engines can help guide those people to us but if we can’t count on them then it’s up to us to find those people who might help to get us recognized as authorities… if that’s what you’re shooting for… which I am. lol

I called it simple; it’s not really all that simple. It takes a lot of hard work and it takes a lot of directed work and it takes a bit of passion to get it done properly. I use as an example a guy named Marcus Sheridan who used to run a blog he called The Sales Lion which is now pretty much just a website, with all that old content gone (at least I couldn’t find it) because he doesn’t need it anymore. This is a guy who started blogging to help promote his swimming pool business and ended up being seen as an authority on marketing and content and a whole host of other things.

I’ve worked hard over the years at being seen as an authority because of my writing. I know it takes a lot more than just that, because if it only took writing then Jack from The Jack B would be an international superstar… which he still is in my eyes. 🙂

It takes marketing, promotion, branching out, talking to people on the phone, being willing to do speaking engagements… over and over and over again. Whew; I made myself tired just writing that!

At least I’m doing some of these things; still, I wonder if I have enough time and energy to get there. Do you think you can get there? Do you want to? Let me know below, as well as your thoughts on what you think makes people authorities.

10 thoughts on “What Makes Most Of Us An Authority?”